Council Member Robert White introduced a bill to help Check-It Enterprises buy their building in Southeast with a $2M grant. 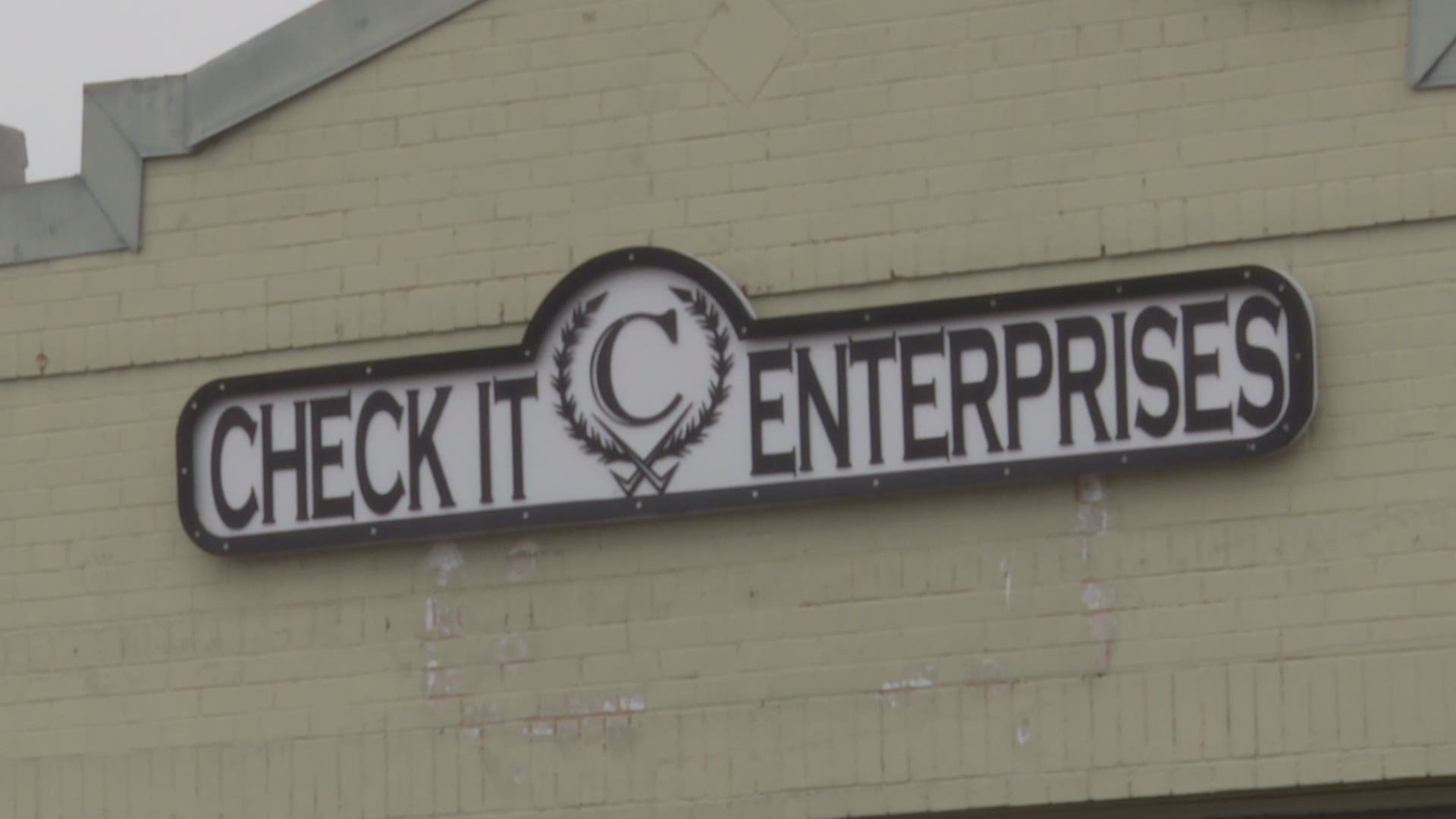 WASHINGTON — A D.C. council member is taking a new approach to preserve a local business that could be threatened by future redevelopment.

Over the summer, Council Member At-Large Robert White introduced a bill that would allow the District to provide a $2 million grant to Check-It Enterprises to acquire its building at 1920 Martin Luther King Jr. Avenue SE.

Check-It Enterprises is an Anacostia-based clothing company that doubles as a safe space for LGBTQ youth in the District. The early days of Check-It Enterprises were chronicled in the 2016 documentary "Check It", where filmmakers highlighted a group of African American LGBTQ youth who formed a gang to protect themselves from attackers on the streets.

White said he recently learned the owner of Check-It Enterprises’ building planned to sell the property. He said he felt it was important to act before Check-It potentially lost its business space.

"So often we see as a measure of displacement in our city, not only our residents, but our small businesses being priced out and pushed out of the city," White said. "We especially see that when buildings are sold."

White said he was also motivated to help Check-It Enterprises save the space it leases after a business in his neighborhood -- Simple Bar and Grill -- experienced a similar situation.

"The building owner wanted to sell for redevelopment and our local resident who built this business was pushed out," he said.

The D.C. Council Committee on Business and Economic Development held a hearing to discuss White’s bill in early November. It still must pass that committee before it is debated by the entire council.

White said it will also likely be amended to include the purchase of two buildings next to Check-It Enterprises at 1918 and 1922 Martin Luther King Jr. Avenue SE. The buildings house We Act Radio and District Culture.

All three buildings are owned by the 1918-1920-1922 MLK LLP Partnership, which is comprised of a joint partnership that includes the private Honfleur Corporation and the non-profit ARCH Development Corporation.

When asked whether his bill was too proactive in its effort to aid one business in a District of thousands, White said, in this case, he could not sit and do nothing.

"My job as a council member is to find solutions," White said. "This bill is not a solution to every problem in the city, but it is a solution to something."

Check-It Enterprises occasionally acts as a meeting space for community functions in Ward 8.

Check-It Enterprises Co-Founder Erica Briscoe said she could not imagine what would happen if Check-It were to lose the space where it operates.

"We wouldn't want that to happen," she said. "So, we would like to keep this building up and running so that the community can come in and so we can help them."

Check-It Enterprises Co-Founder Star Bennett said the organization goes out of its way to make sure everyone is welcomed in its doors.

"We don't deny nobody," she said. "We bring everybody in."

He said if the District chooses to give Check-It the $2 million grant, it will be a wise investment.

"Over the last 30 years, we've invested in buildings and people from outside of our city, but we haven't invested in our people in this city," Moten said.

Duane Gautier runs Honfleur Corporation along with Sharon Gautier. He said it was important to him that the building ultimately be controlled by someone who is invested in Anacostia and its future.

Gautier said he supports the idea of giving Moten and Check-It control of the property.

"If the District really is serious about having local merchants who have been there and made a positive impact on the community stay there, they have to assist those businesses in the purchase of those properties," he said.

White said he is hopeful the bill will receive the support of the full council. Its next hearing has not been scheduled.

"We can't lose that space to redevelopment," White said.

RELATED: A new museum is set to open in DC next spring, and it's dedicated entirely to language