Electric buses could arrive in Virginia in time for Amazon HQ2

Six electric buses are on the way to Alexandria -- an area awaiting Amazon HQ2. 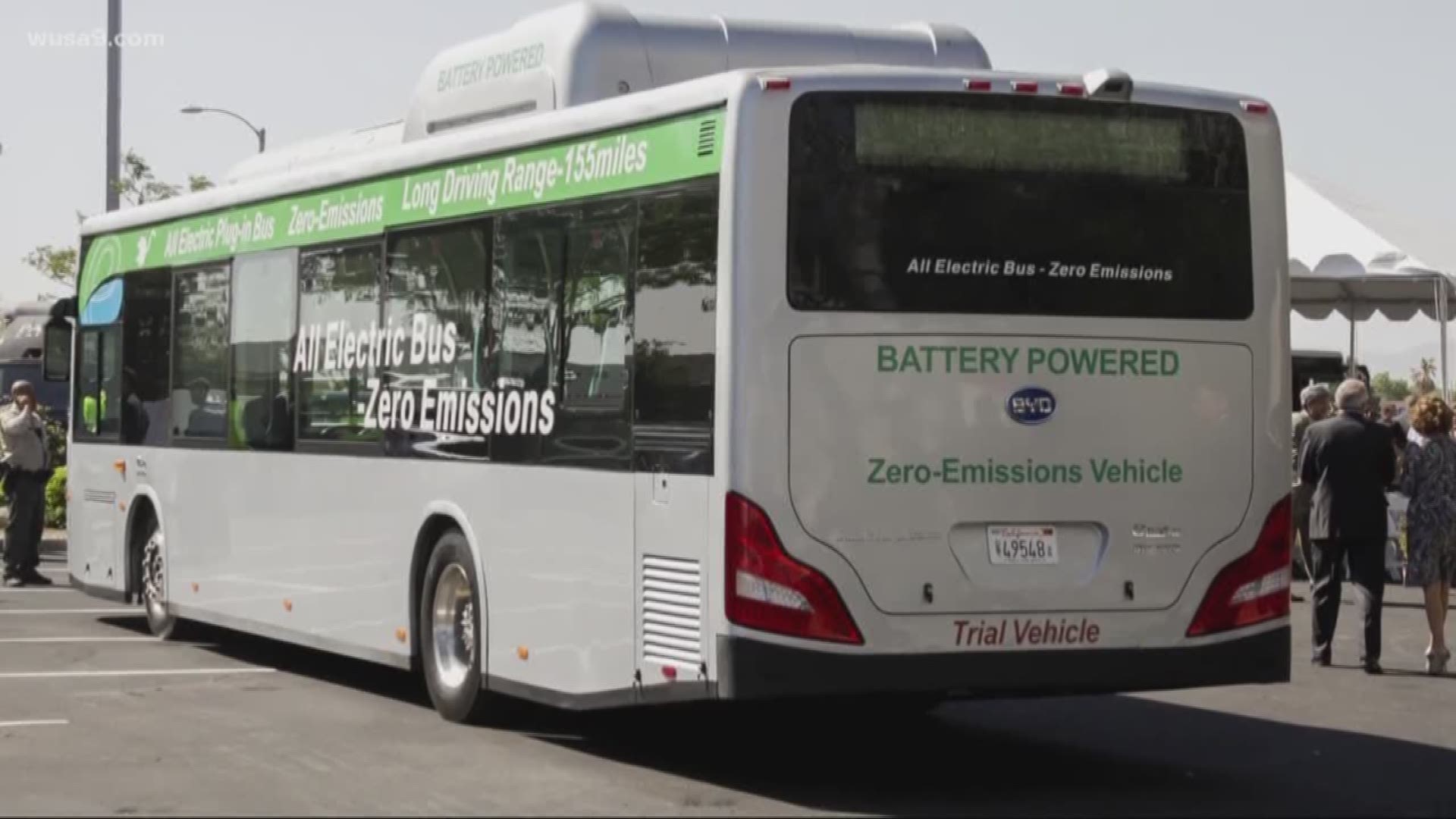 ALEXANDRIA, Va. — The Tesla of mass transit is coming to our backyard thanks to a multi-million dollar influx of money. That means you will be able to ride on an electric bus around the time that 25,000 new Amazon HQ2 jobs start pouring into Northern Virginia.

“We really want to get these on the road as soon as possible,” said Josh Baker, CEO of Alexandria’s DASH bus system. Baker showed WUSA9 the old, dirty diesel buses that will be destroyed to make way for electric buses. Money comes from the state including part of a settlement that came out of the Volkswagen emissions scandal.

DASH received a $5.1 million grant. That buys six electric buses and charging stations—about $850,000 for each bus. Compare that to a $550,000 price tag for a traditional diesel bus. DASH stresses electric buses are more reliable and less expensive to maintain.

“It’s primarily the savings in operations costs and maintenance costs, plus the savings as a result of not having to put fuel in them,” said Baker.

DASH will be the first transit system in Virginia to use electric buses. Some D.C. Circulator buses are already electric. Metro is eyeing electric buses as part of its plan to save $16 million by 2025.

“We’re a small system when compared to Metro and other larger systems in the region so this small number of buses will make a big difference for us,” said Baker.

DASH hopes to have the zero-emission buses online in the next 12 to 18 months. It hopes to lead a transit trend in an area awaiting Amazon.

“This is just a start,” said Baker. “This something to get us going in the right direction.”