Estimates to construct the southwest entrance of the to-be-built Potomac Yard Metro station were too optimistic, said Alexandria's city manager. 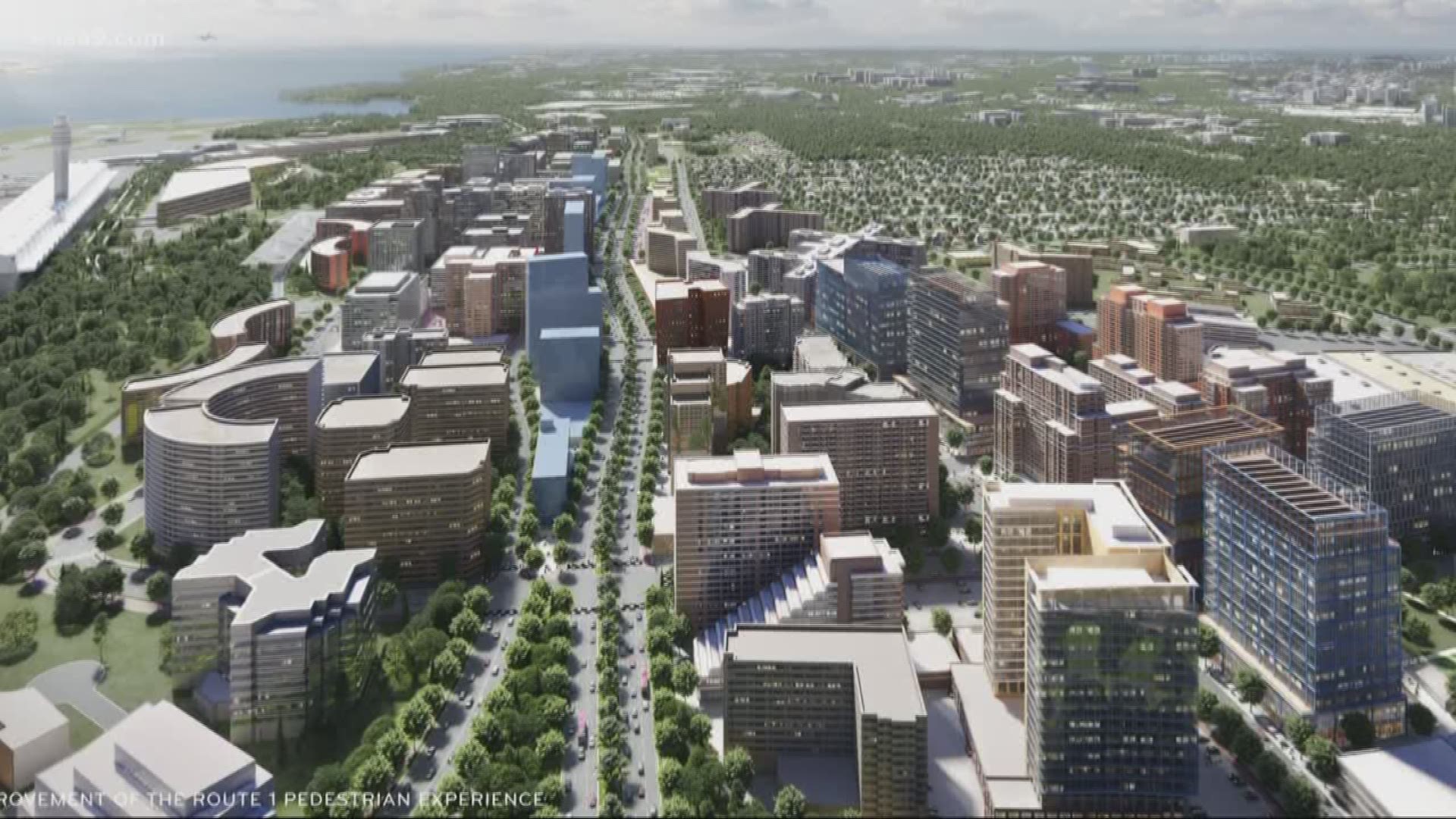 ALEXANDRIA, Va. — State money meant to entice Amazon to start headquarters in Northern Virginia won’t be enough to complete a long-awaited new Metro station in Alexandria, according to city officials.

Virginia earmarked $50 million to complete the entrance, but Alexandria officials laid out three options—ranging from $75 million to $100 million.

“If the city chose to proceed with one of these options, the additional costs would need to be borrowed,” said Jinks. He also added that Alexandria cannot absorb the long-term costs of a loan, which would be almost double the amount borrowed when accounting for interest.

“That could negatively impact planned investment in schools, parks, transit, and other transportation improvements,” said Jinks.

WUSA9 investigated “The Amazon Effect” in February. All told, more than $850 million state and local tax dollars will be poured into new transit projects tailored to Amazon.

Local planners, like Kanti Srikanth with the Metropolitan Washington Council of Governments, forecasted that with such an audacious undertaking local governments could have trouble delivering promises to Amazon.

“There needs to be focus, there needs to be some discipline about sticking to a schedule and making those improvements while also at the same time having flexibility,” said Srikanth.

Alexandria city officials think plans should be revised to put the project on budget by possibly eliminating escalators in the southwest station entrance, which faces Potomac Avenue and new development along Route 1.

A Metro station in Potomac Yard has been discussed since the 1990s.