Amazon's HQ2 is officially coming. What's it going to do to your rent? Your home value?

Amazon's HQ2 – or at least half of it – is coming to the Washington DC Metro Area and bringing with it as many as 25,000 jobs. So what's that going to do to your rent? 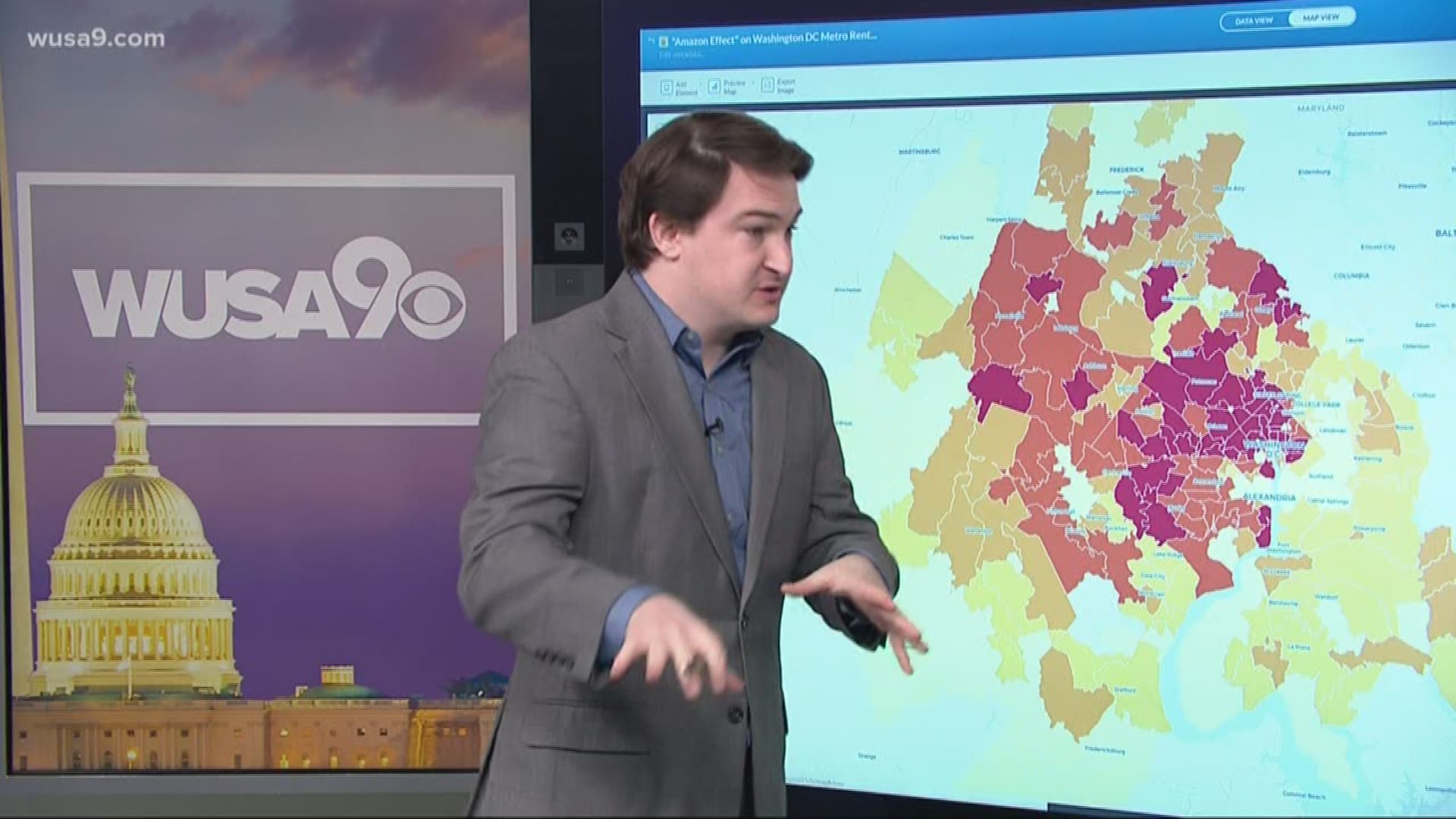 WASHINGTON, D.C. -- Amazon’s HQ2 – or at least half of it – is coming to the Washington DC Metro Area and bringing with it as many as 25,000 jobs. So what’s that going to do to your rent?

It’s hard to say. DC is already among the most expensive places to live in the country, and the relatively high Amazon salaries that were so attractive to other cities vying for the project aren’t out of place in DC.

Rents within the Crystal City – or National Landing, as Amazon is calling it – area and those along nearby metro lines are likely to see the largest jumps. On the whole, though, researchers for the online real estate database Zillow expect HQ2 to have a relatively minimal impact on rents – adding potentially as little as .3 percentage points to the annual increase. That being said, rent in several DC ZIP Codes has already increased by as much as 17 percent over the past five years, and adding a new Amazon HQ isn't going to do anything to slow that down.

If historical housing data from Seattle is any indicator, though, DC homeowners are the ones who are in for major increases. The ~40,000 jobs Amazon have directly brought to the Seattle area has corresponded with the near-doubling of house prices in the city.

Housing prices aren’t likely to double in DC – partly because, again, it’s already so expensive to live in the area. And the original 50,000 jobs HQ2 promised have since been halved to 25,000. That’s still enough for every city in the country to compete for them, but it’s less than the roughly 34,000 jobs the DC Metro added between March 2017 and March 2018, according to stats released by the DC Department of Employment Services.

That being said, we took a shot at estimating what the “Amazon Effect” might be on the Metro Area – assuming, for this particular estimate, that housing prices respond proportionally to how they did in Seattle. Given that set of assumptions, the region could be looking at an estimated increase of 50.7% in housing prices over the next five years.

We’ve broken down the data below in an interactive map. Click on each ZIP Code in the DC Metro Area to see information about current and projected prices for rent and housing (We should note again that this is just a model of one possible reaction to HQ2 coming to town, and not a forecast!):