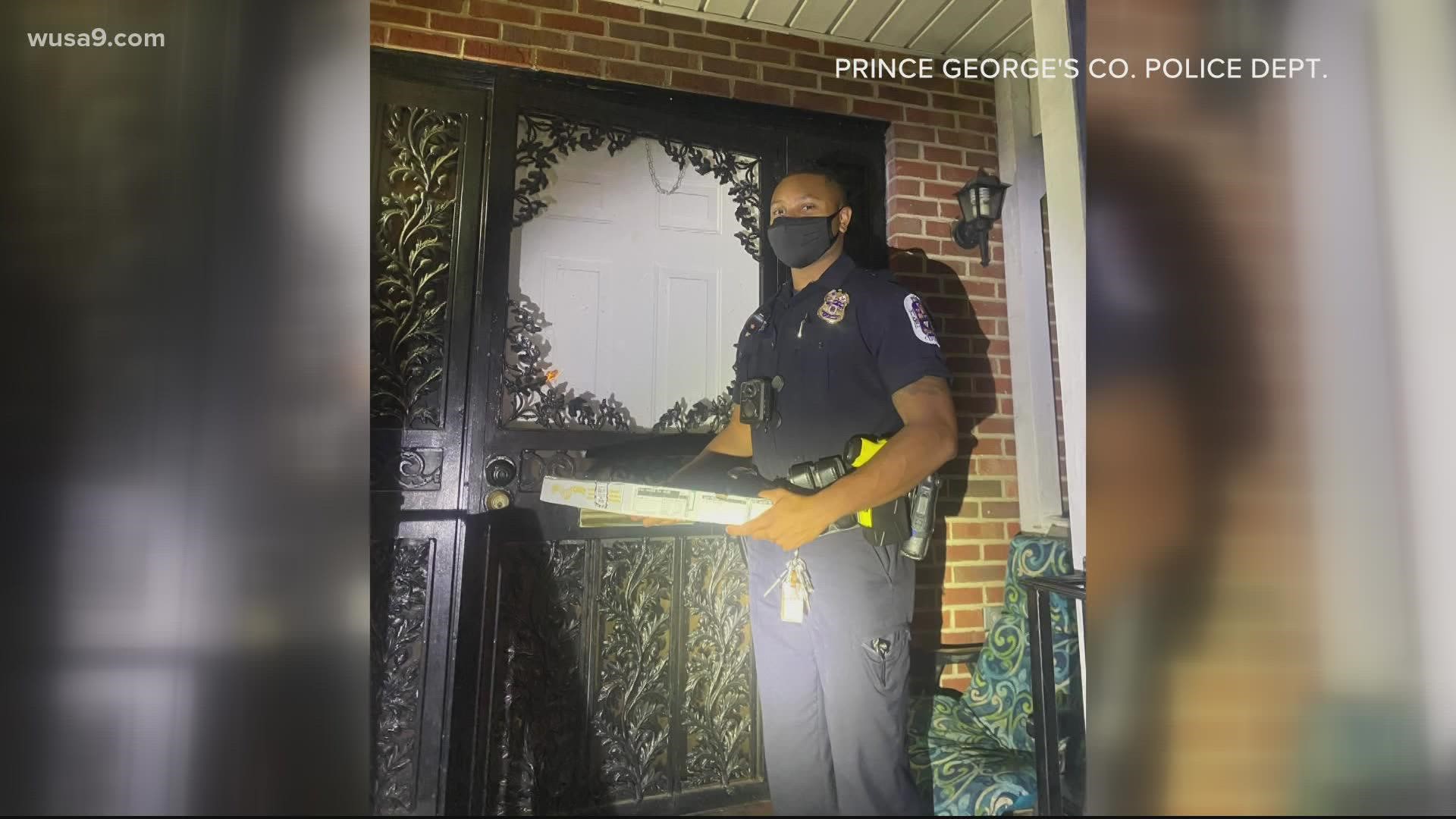 TEMPLE HILLS, Md. — A Prince George's County police officer came to the rescue of a Temple Hills resident, but not in the way you might think.

The Prince George's County Police Department (PGPD) said on their social media pages that Officer Toms of the county's District Four station went above and beyond on Tuesday when he delivered a pizza to a hungry resident.

PGPD said in its social media post that officer Toms responded to a car crash where the driver abandoned his vehicle on the side of the road. Officer Toms conducted an inventory of the car and spotted a pizza delivery bag with a pizza still inside.

Apparently the pizza had been ordered about an hour and a half earlier. Officer Toms was able to get in touch with the person who ordered the pizza, who was still waiting for their food.

Officer Toms hand-delivered the pizza to the customer's home.

RELATED: DC has the most pizza places per capita in the country | It's A DC Thing