Cellphone video captured how a group of Black soldiers stationed at Fort Belvoir were harassed by a woman this week at an IHOP in Lorton. 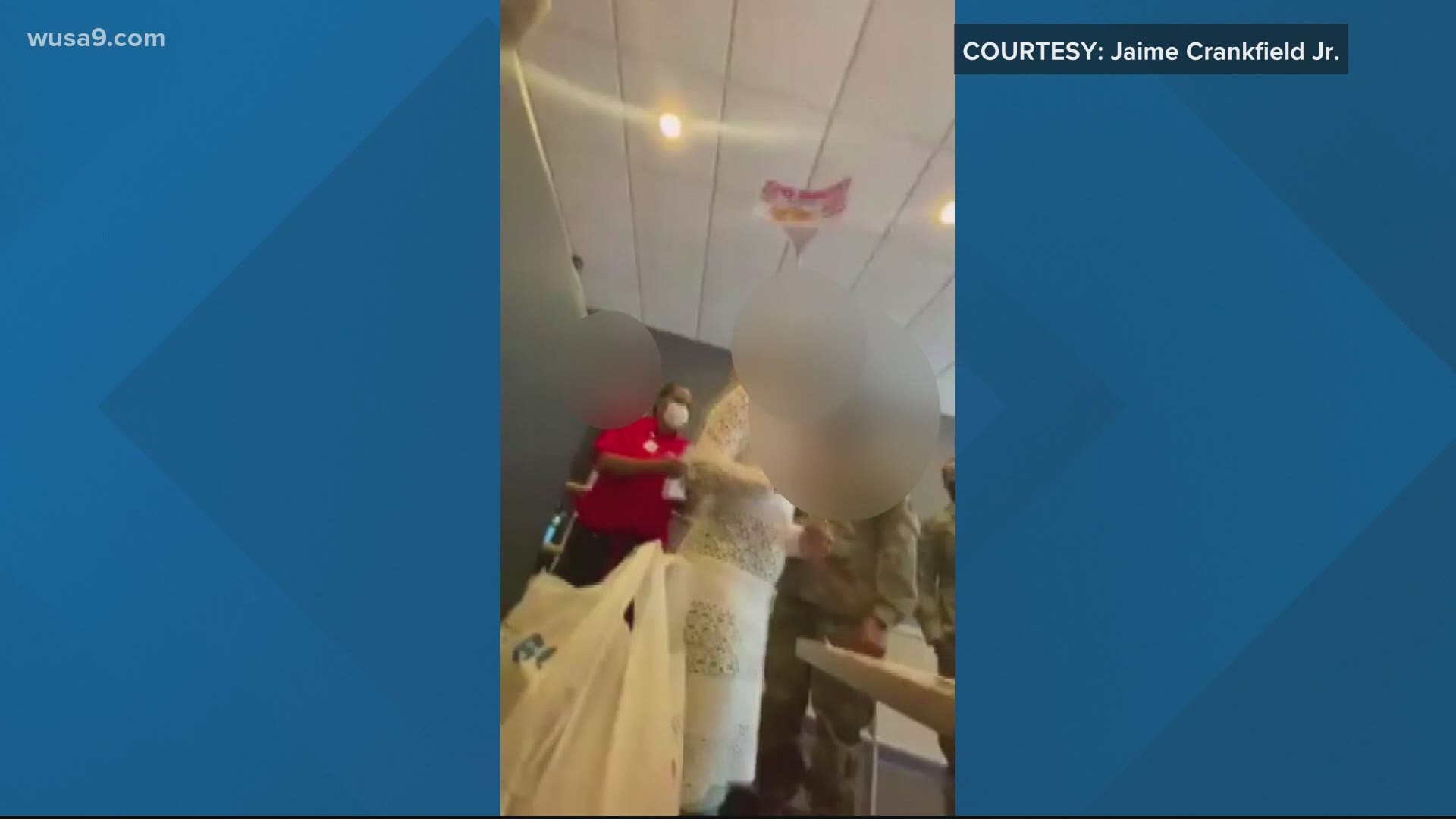 LORTON, Va. — A normal lunch out for a group of Black soldiers stationed at Fort Belvoir turned into something far different on Monday after they were verbally and racially harassed by a woman inside the restaurant.

The incident took place at an IHOP in Lorton as four soldiers a part of the Fort Belvoir Garrison ate together inside. According to Fort Belvoir Public Affairs, a woman approached the men and offered to pay for their meal.

However, moments later, cellphone video captured how the soldiers were verbally harassed by the woman.

A Fort Belvoir Public Affairs spokesperson told WUSA9 that the woman claimed the soldiers took her money before using racist language towards the men. Another man at the restaurant intervened and told the woman to leave.

She refused, confronted the man, and sat down in the same booth as the soldiers.

The Fort Belvoir spokesperson said the soldiers then chose to leave the restaurant before returning to base and immediately reporting the incident to their leadership.

Video of the exchange spread quickly after it was posted to social media.

*VIDEO: A group of Black soldiers stationed at Fort Belvoir were harassed by a woman this week at an IHOP in Northern VA

Mom of one of the soldiers sent me these videos

"It brings awareness about racism and issues in this world and here that we're going to have to fix.”@wusa9 pic.twitter.com/t8wTRRNZMi

On Thursday, a mother of one of the soldiers spoke to WUSA 9 about how the incident left her son feeling shaken.

"He was upset when I called him so I had to try and calm him down some. He was in tears. He didn’t understand why it happened and why people act like that," said Elaine Baldwin. "He was very traumatized. He was like, you always hear about things like this happening but for it to actually happen to you, it was very traumatic. He’s never been around anything like that before."

As a member of the Army, Baldwin said she spent three tours overseas during her service.

Her son followed in her path and decided to join the Army before being stationed at Fort Belvoir last November.

"He loves the military. He loves that area. He always talks about how great his command is there," Baldwin said. "Everything about that place he really does enjoy except for this one isolated incident.”

The identity of the woman who harassed the soldiers remains unknown.

After hearing the details of what happened from her son, Baldwin said she tried her best to comfort him.

"I talked to him and said you didn’t do anything wrong. It was nothing any of you did. It was actually everything on her. I said just know what you did you did in a very professional manner," Baldwin said. "I didn’t want to tell him everything was okay because it wasn’t. He should have never been treated like that at all.”

Moving forward, Baldwin called on the restaurant to not allow the woman back in. She also hoped the video could lead to more awareness of racism in today's world.

In a statement, Fort Belvoir Public Affairs lauded the response of the soldiers during the harassment.

"We are committed to fostering an environment of Diversity, Equity, and Inclusion in our force," the statement read. "A view of the video will show the Soldiers maintained their composure and military bearing throughout this shocking incident. They are well trained and disciplined. The Garrison has the incident under internal review."

After being contacted by WUSA9, IHOP also released a statement on the incident.

“IHOP and its franchisees do not condone the statements made by the guest in this video, and will not tolerate racism, bigotry or harassment of any kind," the statement read. "For more than 60 years, we have strived to create a warm and hospitable dining experience for all guests, and this isolated incident is not reflected of that ongoing commitment.”

RELATED: Man punched in face in unprovoked attack in the middle of the day, police say