A rally called "Can You Hear The Cry" is pushing for the passage of George Floyd Justice in Policing Act before the anniversary of his death on May 25. 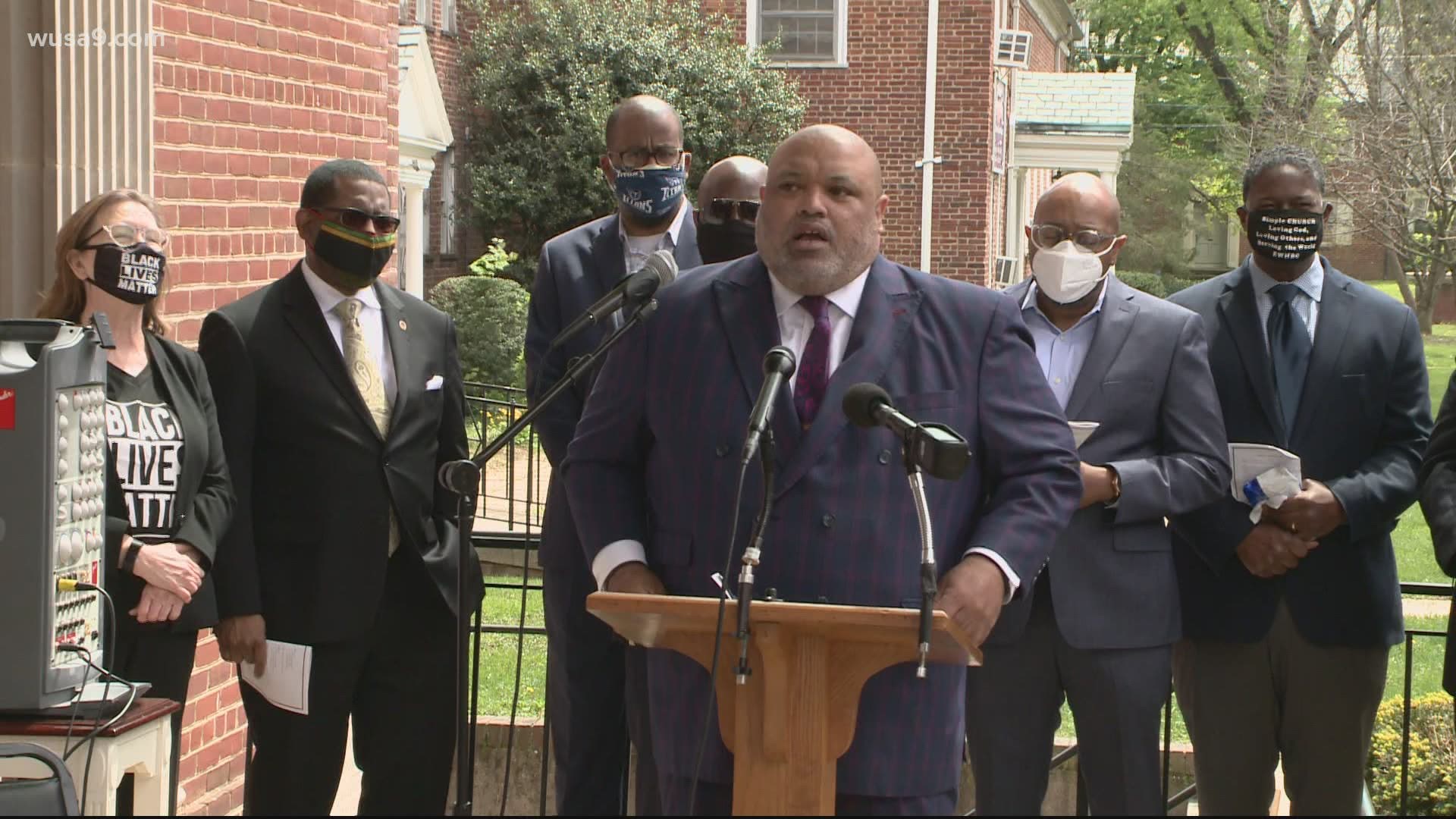 WASHINGTON — A fierce wind in Washington on Wednesday seemed to herald what could be a moment of change for the nation.

On the steps of the East Washington Heights Baptist Church, more than a dozen ministers from across the region offered next steps after the guilty verdict for former Minneapolis police officer Derek Chauvin in the murder of George Floyd.

"We've come because we want our land to be healed of the sickness of racism, Rev. Kip Banks said.

It was an inter-religious call to catch the winds of change and keep moving forward.

"Yes, we are here to celebrate this moment, but rest assured, this is just a moment in a movement," Rev. Keith Byrd Sr. of Zion Baptist Church said.

This group of religious leaders is organizing a rally on Freedom Plaza on May 6, the Thursday before Mother's Day, for mothers, grandmothers, aunties, sisters and daughters all pushing the Senate to pass the George Floyd Justice in Policing Act. They say they want to see it passed before the May 25 anniversary of Floyd's death, which they said would be a lasting legacy to a martyr in the nation's long fight for racial justice. They're calling it the "Can You Hear The Cry Rally," echoing George Floyd's plea for his dead mother as he struggled to breathe under Chavin's knee.

The ministers celebrated the jury, but also critiqued the prosecution's argument that Derek Chauvin was just a bad apple and not an example of why American policing needs an overhaul.

Key Senate leaders from both parties say they plan to meet to see if they can craft a deal on police reform. Both Sen. Tim Scott (R-S.C.) and Sen. Cory Booker (D-N.J.) are working to find common ground. Both sides say they're sincere, but whether they can move forward in these deeply partisan times remains unclear.