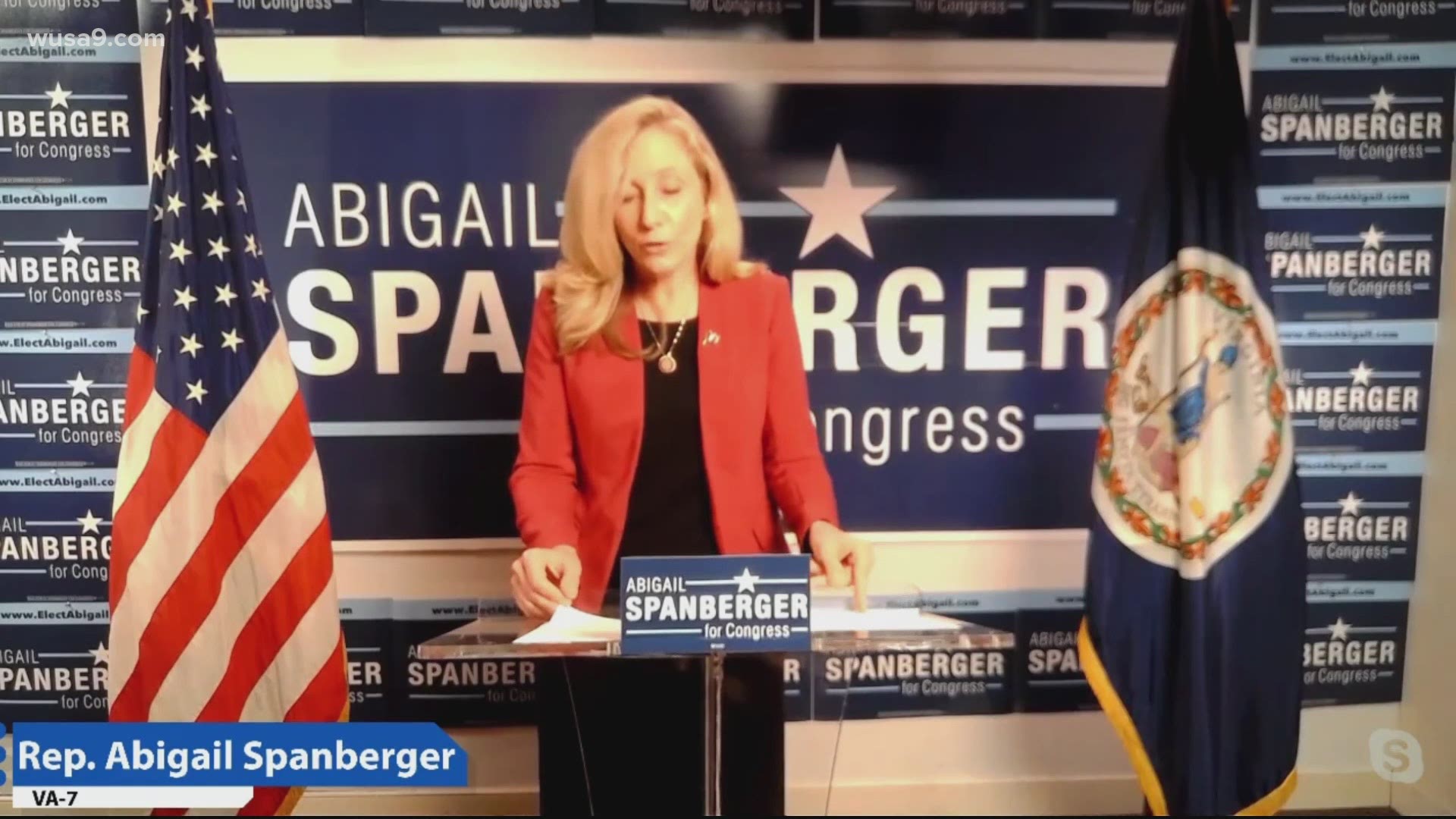 WASHINGTON — Democrats had confidently predicted they'd expand their majority in the House of Representatives -- even sweep three competitive races in Virginia.

Instead, the party is on track to lose ground nationally, even as CBS projects Democrats will retain their majority.

Rep. Abigail Spanberger (D-Virginia) has declared victory in her bid for re-election in Virginia's battleground 7th District, but the margins are narrow as Virginia finishes the count of its absentee and mail-in ballots. The Associated Press has not officially called the race.

Multiple reporters listening in on the House Democrats post-election conference call Thursday quoted an angry Spanberger telling her colleagues to never say "socialism" again. She warned that calls to defund the police nearly cost her any chance at re-election.

Spanberger on the Dem caucus call: We lost races we shouldn’t have lost.
Defund police almost cost me my race bc of an attack ad.
Don’t say socialism ever again.
Need to get back to basics.
(Is yelling.)

Even before the Presidential race is decided, Democrats are waging a battle on Twitter over whether the party would be more successful tacking to the left or to the middle.

Obama was called a Marxist by high-ranking Democrats and conservatives alike. He won Florida (twice), Michigan, Wisconsin, and Ohio. You look positively stupid blaming popular policies for your failures. https://t.co/DXnnfFx9FU

In central Virginia -- like the nation, it's a sea of red, with islands of blue.

The first-term Democrat is on track to eke out a narrow win with the help of the populous suburbs near Richmond.

"I said I would find common ground, and I said I would hold my ground when necessary. And I have done just that," she said in her victory speech.

Republican challenger Nick Freitas was way up by 20 points on election night, but late-counting absentee votes swallowed the margins of a candidate analysts say had bound himself closely to the President.

"Trump has so deeply alienated suburban areas, and particularly suburban women, that it is going to be difficult for any hard right or Trump supporting candidate to get elected in any district that is suburban or urban," said political analyst Larry Sabato of the University of Virginia's Center for Politics.

The 7th was held for 13 years by Eric Cantor, at the time the Republican Majority Leader. He lost the primary to David Brat, who ran to Cantor's right. Spanberger beat Brat two years ago, in part, she said, by focusing on person to person contact.

"There's such as strong sense among much of the public to get back to some sense of normalcy and just turning down the temperature in this country," said political analyst Mark Rozell of George Mason University's Schar School of Policy and Government.

It's an optimistic vision, but Rozell thinks he sees signs of change.

Freitas has yet to concede, but says on his campaign Facebook page that he'll make an "appropriate statement" when the official canvas of votes concludes on Friday.