One man was murdered in broad daylight Tuesday in the middle of a residential street in Landover not far from FedEx Field. 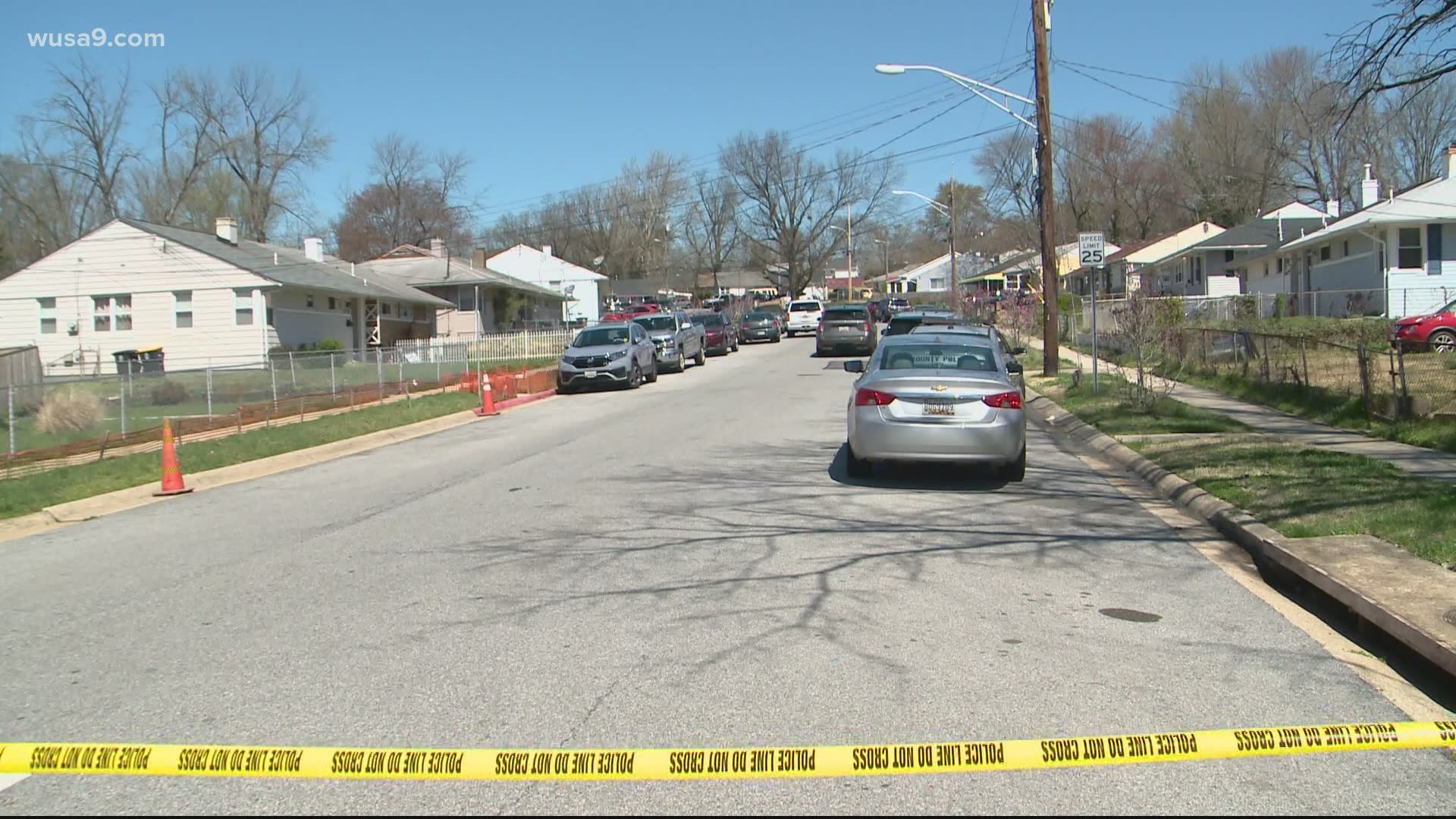 GREATER LANDOVER, Md. — A wave of shootings has police in Prince George's County searching for answers.

One man was murdered in broad daylight Tuesday in the middle of a residential street in Landover not far from FedEx Field and within a few blocks of the District Three police station.

Three other people were shot Monday night, including one man at a birthday party.

One woman said she saw someone running from the scene of the Tuesday murder but she's not sure if it was the shooter or a terrified neighbor ...

A neighbor said he heard six shots just before 10 a.m. Police said the man was laying dead in the street when they arrived at Penbrook Circle. Two other people turned up at the hospital with gunshot wounds soon after — investigators still trying to determine for certain if they're connected.

"Everyday people have a gun outside," a neighbor told us, as she sheltered her children inside. "This one is very bad for the babies," she said.

He said Crimesolvers is offering a $25,000 reward in each of the murders. He urged anyone who saw anything to call Crimesolvers or the police.

RELATED: Man shot during fight at birthday party in Glenarden

In Glenarden Monday night, police said 31-year-old Anthony Lamont Frost was targeted and shot to death at a birthday party. The shooter still at large.

In Suitland, they said a woman was shot repeatedly and killed in a car. She's 30-year-old Marceese Norman of District Heights, Maryland. No arrests so far.

About two hours later Norman was killed, and less than a mile away, another man shot and critically wounded. Police unsure if the attacks are connected.

"So it's really scary for the people," said a neighbor.

Two years ago, crime stats show there were 60 murders in Prince George's. Last year, in the midst of the pandemic, there were 99. As of the middle of this month, there have been 19 more this year.

The big question? How to stop the bloodshed.