He stared into the zebra’s soul, and posted it to Snapchat. Man meets elusive Maryland zebra

The latest zebra video, recorded by Chris Horrell of Upper Marlboro, will soon exceed 1 million views on Twitter alone. Horrell himself is dazzled by the attention. 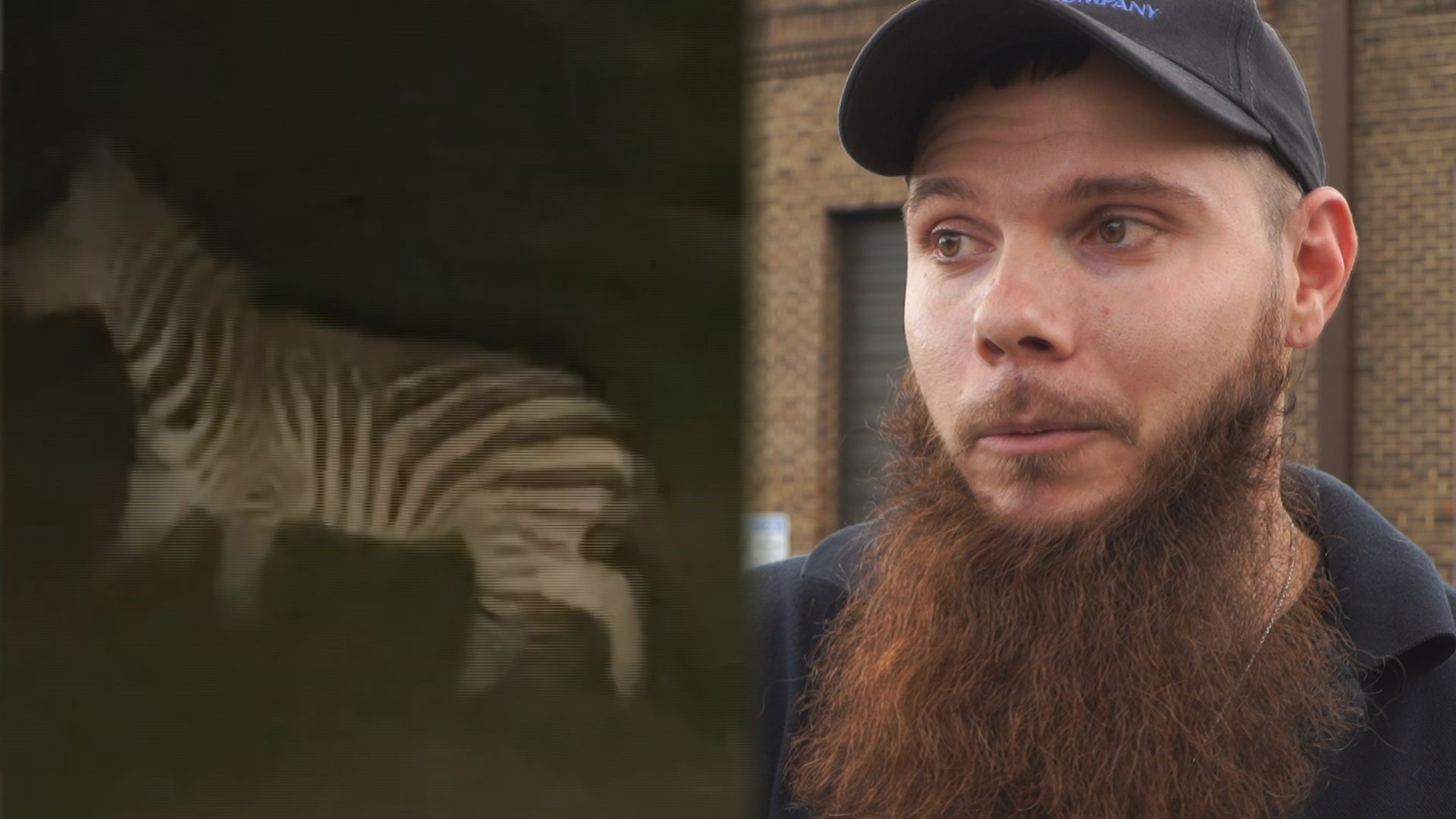 FORESTVILLE, Md. — Call it Blair Witch meets zebra. The video itself is dark, fleeting, and reasonably creepy. Yet it captures something Prince George’s animal control has not: a member of the daring dazzle of zebras, still running free throughout the D.C. suburbs.

The latest zebra video, recorded by Chris Horrell of Upper Marlboro, will soon exceed 1 million views on Twitter alone. Horrell himself is dazzled by the attention, with customers at work asking “if he’s the zebra guy” whose video has now made it to the British tabloids.

As for what he did Tuesday at 11 p.m., when he turned and saw the beast?

He stared into the zebra’s soul, and posted it to Snapchat.

“I sent it to all of my friends on Snapchat, and my cousin was the first to respond,” Horrell said in an interview Thursday. “And his reaction was, ‘this is not real.’”

The encounter happened southeast of Joint Base Andrews, on Croom Road near Route 301. Five zebras escaped from a farm near Upper Marlboro on August 31, with the animals seen from the air by news helicopters and on the ground by families in their backyards.

Horrell’s documented rendezvous is, so far, the closest.

“I was heading home, and I saw something sitting in the middle of the road, and I knew it wasn’t a deer. It was bigger than a deer,” he offered. “Once my headlights hit it, I was amazed. It was a zebra just sitting there.”

The 30-year-old then took out his phone, he said, so people would believe him.

“Right when I started recording, he started trotting his way into the woods, into the darkness.”

Authorities stressed the animals are notoriously difficult to capture, and should not be approached.

The equine enigmas, running through Maryland, have now become a cri de cœur of sorts for D.C. statehood. Representative Eleanor Holmes Norton (D-D.C.) preemptively denied responsibility for setting them free, before being accused.

The Venn diagram of the horses and the House, as Norton tells it, involves her support of freedom – both for the zebras and the rights of D.C. citizens to live in a state. Then, there’s also her aversion to fences, for the zebras, and, for the U.S. Capitol.

“Another sighting as the zebras continue to outsmart their keepers,” Norton said in a new statement Thursday. “I confess, as the member representing D.C., the zebras are giving new meaning to not having ‘consent of the governed,’ like D.C. residents.”

“But at least D.C. has a remedy with D.C. statehood. The zebras have a remedy too: Catch me if you can.”

“The zebras continue to outsmart their keepers. As the member representing DC, zebras are giving new meaning to not having ‘consent of the governed,’ like DC residents. DC has a remedy: statehood. Zebras have a remedy too: Catch me if you can” pic.twitter.com/zQrWliQ3I8