A blessing and a balancing act: How does Tony Perkins do it?

He's the newest member of our WUSA9 team helping you, Get Up DC! But for Tony Perkins this is just part of his work day.

SILVER SPRING, Md. — So, how is Tony Perkins doing it all?

Lesli Foster sat down with Tony at Copper Canyon in Silver Spring, Md. to find out.

"Are you awake?" Lesli said.

You could forgive our newest anchor Tony Perkins if he's a little sluggish at some point during the week.

He's back on the screen in his hometown bright and very early with Reese Waters and Annie Yu starting at 5 a.m. on Get Up DC!

Tony came of age in D.C. and eventually in Fairfax County graduating from Mount Vernon High.

For the better part of 30 years, Washington has embraced Tony, first as a comedian, then as a longtime TV and radio personality in town, even after he left for a stint in the Big Apple at Good Morning America.

"It's been 15 years now, and people will say to me, I was so happy when you went to New York, but I'm so glad you came back," Tony said.

Most of us are lucky if we find one thing that we love. Tony has two.

Morning television and co-hosting a radio show in the afternoon with his dear friend, and D.C. legend Donnie Simpson on Majic 102.3 and 92.7.

"So, Tony, how are you going to make this work?" Lesli asked.

After a quick chat with his drive time producer Ric Chill, Tony preps for his second shift.

These two carry on like brothers and it turns out Tony isn't the only one up with the sun.

"It's kind of cool getting up with you," Donnie Simpson said while in conversation with Tony.

"Thank you very much," Tony said.

"You look like you're having fun, man," Donnie said.

“I am having fun!” Tony replied. 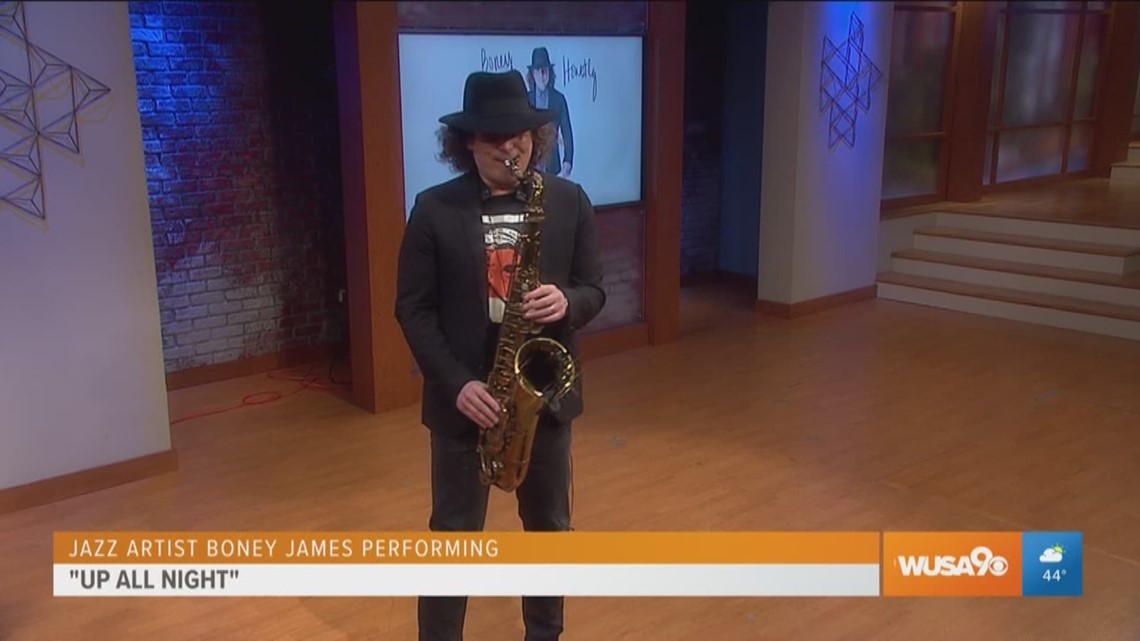 "What's there not to like about doing this?" Simpson asked. "I mean we sit here and play music that I love with a dude that I love and having fun, you know, all the fun we can stand, and the more fun you have, the more they pay you! So, man, I'm like a kid!"

"I probably say to Donnie once a week after a show at the end of the week, what a blessing this is," Tony said.

A blessing and a balancing act, especially since Tony is a husband and father. But after consulting his family and getting their okay, he decided to give the dual role a try.

"I think being able to do both is pretty special, pretty exciting and challenging!" Tony said.

"Any chance if he gets a little tired in the morning that might come and show up and give him some extra oomph in the morning?” Lesli asked.

Lesli: "Come on, you're some brother!"

Donnie: "I'm his brother for four hours a day in the afternoon, that's it!"

Getting to be a fly on the wall with these guys was pure joy.