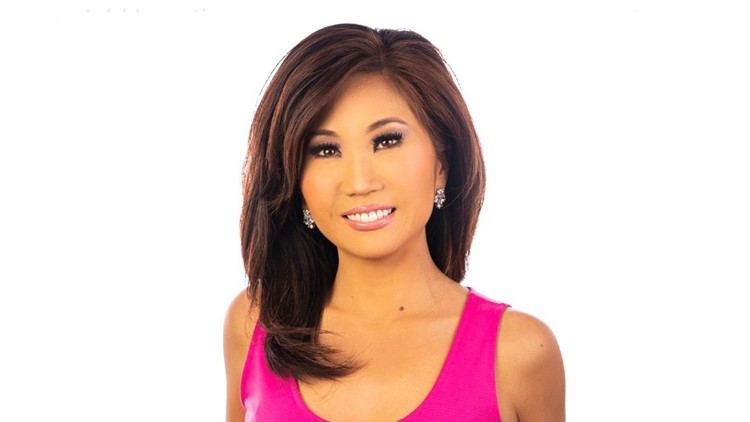 Annie Yu | Get Up DC Host

Annie is a native of the D.C. region, and she knows how lucky she is to be living her dream and working in her hometown!

Her journalism career began in the nation's capital. She devoted 15 years at the Fox O&O station here in D.C., both on the air and behind the scenes. She helped produce coverage and reported for major occasions, including the 9/11 Pentagon Memorial Dedication, U.S. Presidential Elections, Gubernatorial races, D.C. Mayoral Race in 2010, presidential inaugurations for Barack Obama and Donald Trump, Washington Capitals’ Stanley Cup Parade, Nationals’ World Series Parade, and much more.

In February 2019, she began sharing the stories of surviving military spouses who had been fighting the "Widow's Tax," which strips a benefit from more than 65,000 families. That same year, the decades old injustice that took money from the pockets of surviving spouses was finally eliminated. The relentless reporting, storming the Hill, on multiple occasions, alongside the surviving spouses and holding lawmakers accountable helped this bill reach historic milestones. WUSA9 was recognized by several lawmakers, and in the Congressional Record: Proceedings and Debates in the 116th Congress for shining a light on this important issue.

Over the years, some of her more unique assignments included learning how to trapeze, flying with the members of the Andrews Air Show, and even had the rare opportunity to go behind the scenes with working military dogs. She co-hosted a weekly Sunday morning show called "Redskins Game Time" for multiple football seasons and co-hosted a web show "The Red Zone" that won a prestigious Edward R. Murrow Award.

Annie graduated with high honors from George Mason University. She also had the privilege of being a member of the Washington Redskins Cheerleaders organization, where she served as an ambassador to the home team! During her two consecutive seasons, she made an impact through community service, entertained members of the armed services and thousands of football fans!

Annie was born in Seoul, South Korea, but grew up in the D.C. region since the age of three. She's fluent in Korean, passionate about her work and making a difference in peoples' lives. She enjoys trips to sunny destinations, playing bad golf, good cuisine, and spending time with her family and friends.