Reese is moving from the 6 a.m. show to start something new at WUSA9 at 7 p.m. 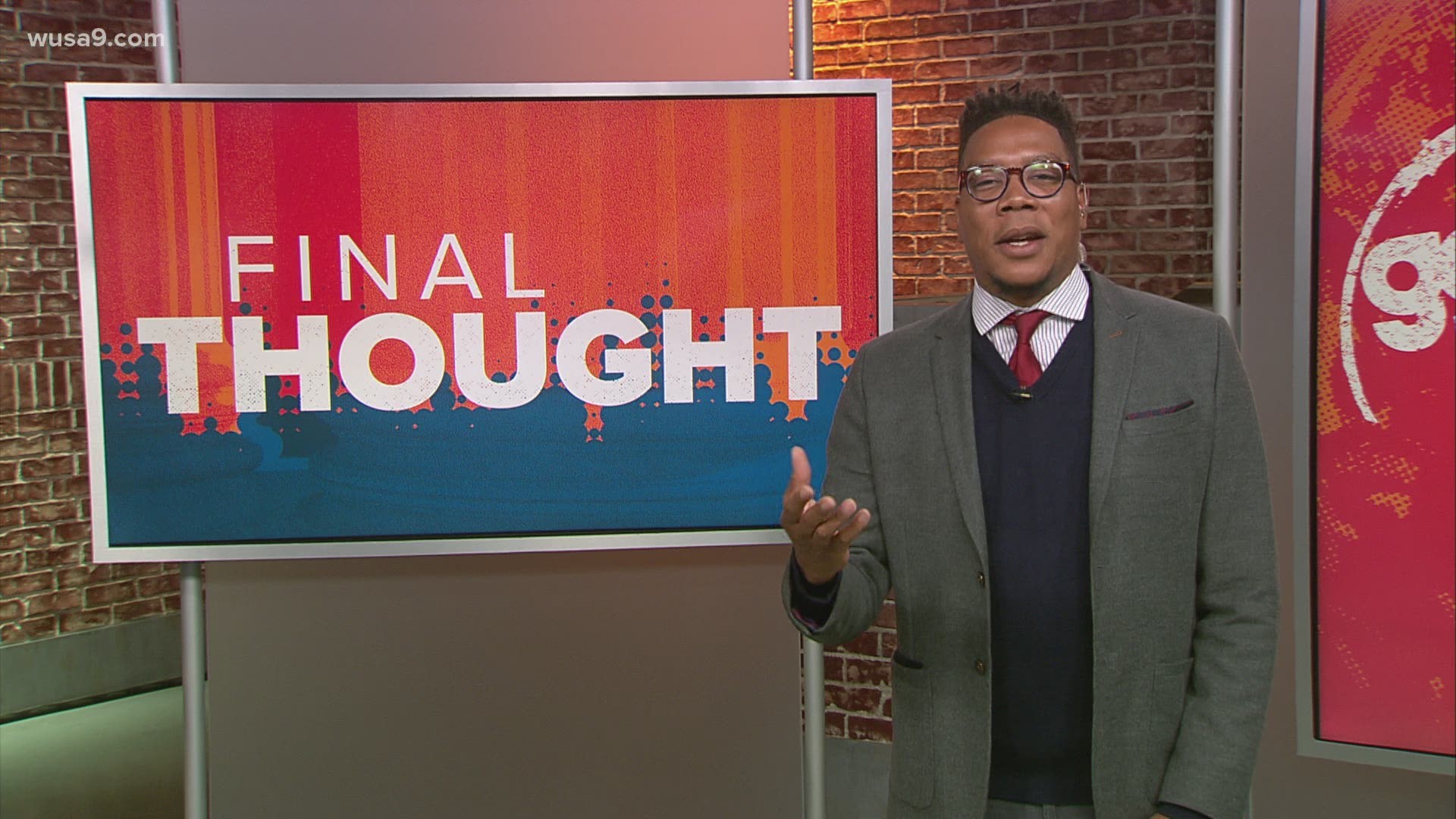 WASHINGTON — Back in 2017, just a few months into Get Up DC, I attended DC Newsbash where, while standing awkwardly pretending to know Andrea Roane, you know the stance, I was approached by a distinguished gentleman named Tony Perkins, who told me, "I love what you're doing. Keep it up."

That meant so much, first because of what it revealed about Tony as a person, but also because this thing of ours we call Get Up DC was doubted from the very beginning. Think of an entity that could hate and they did. Even my mama was skeptical. She wanted me to get a government job with some security. But the leaders here at WUSA9, Richard Dyer and Michael Valentine had faith in the idea. And in me. And Larry Miller, Jan Jeffcoat, Miri Marshall, and Ellen Bryan.

You remember the first crew, with old red, white & blue logo, the gogo intro song. I would sit down with Arielle Buchmann to read tweets and go live with Bertie Dooms after the show. That's how we got our first superfans, shoutout to Cassie, Noelle & Keisha. So much thankless work went into getting this show off the ground, but that ends today. People like Mike Redding, Sarah Gahagan, Adam Arec, Leon Scott all pushing to give the people of this area something different.

And now look at us. We got Allison Seymour. Howard Bernstein. Marcella Robertson. Allison Seymour! Even I couldn't have envisioned this. See, when i decided to try a new kind of news show, what I didn't anticipate was how it would force me to grow as a person. Standup is an individual sport. This is the first team I've ever been a part of. A fact very obvious to Annie Yu when she decided to lend her talent and credibility to this enterprise and push us on our current trajectory. She's the answer to the trivia question by the way. If you got that right take a shot of mumbo sauce.

And if that sounds like a Michael Quander piece, it probably will be soon. We have the greatest reporters in the business--Matt Gregory, Nicole Diantonio, Megan Rivers, Evan Koslof, Mikea Turner & Hillary Lane.

Learning to listen. Learning to trust. Accepting feedback. And accepting my own limitations. I learned all that from you guys, and if I hadn't I would definitely still be single right now. So for my family, I owe a debt of gratitude to people like our managers Liz Garcia and Chris Sarabi and Randolph Terrance and the voice in my ear Alison Bower. You ever wonder how I'm able to time out the Final Thought just right to say Get Up DC and then something that doesn't make sense right before the credits roll? That's Alison.

You're probably thinking to yourself, why is he thanking everybody, is he leaving? No. I mean Yes. Yes I am leaving. My bad. I was honored when the folks here at WUSA9 invited me to move to 7 p.m. to fill the legendary shoes left by the great Bruce Johnson. Imagine that--i'm gonna sit in Bruce Johnson's seat. Who thought that was possible 3 years ago when a comedian wandered into the newsroom to do a commentary in a daishiki--and yes i did do a Final Thought in a daishiki. Black Panther had just come out, it was a whole thing.

Now you don't just sit in Bruce Johnson's chair, you got to prepare to sit in Bruce Johnson's chair. So I will be spending the next few weeks writing and rehearsing to make sure we bring you something at 7pm that means just what get Up DC means at 6am. In the meantime, i will be appearing in the afternoon hours at WUSA with my commentary and disruptive sensibility. I am going to miss waking up with you. Literally because i will not be awake at 6am. But i would love for you to end your day with a laugh and a smile with me right here at WUSA9 at 7pm.

Before I go, I want to thank my partner, who has been with me every step of this journey. It's not one person but a group of extremely talented people who greet me with a smile everyday when i walk in and advise me on everything from an angle on my Final Thought to a caption on Instagram. Our studio crew, who quite literally make this show happen. Marlie Austin, Lashawn Donelson, Bradley, Nora Tarabishi and Jake Stevens, the one person who's been here since the very beginning, and the other answer to the trivia question. I will miss so much about Get Up DC but you guys truly are irreplaceable.

As excited as I am to end my day with you at 7pm -- and I mean it bring me whatever happened to you that day, we gon' talk about it -- the only way I'm able to leave is because of how strong our team is here. And it's beautiful symmetry for me to leave the 6 a.m. hour in the hands of the man who believed in this, and went out of his way to let me know that was possible.

And to Annie, Allison, Marcella & Howard its been a privilege working with you, i know it wasn't easy, but thank you for indulging my specific brand of neurosis. On second thought, Howard's neurosis is way worse, i take it all back. He should thank me. And to you Tony, i know you love movies so to quote the great 90's classic starring Tupac Shakur & Omar Epps, you got the juice now.

And to you the viewers, I love you, you have changed my life in ways I never thought possible. Stay safe. Stay beautiful. Get Up DC.

RELATED: A lone Black officer faced down violent US Capitol mob, fooled them to save lives | Reese's Final Thought

RELATED: DC activists have come up with a way to entice skeptics to vaccine centers | Reese's Final Thought