A portrait of Ida B. Wells dedicated to the suffrage movement is coming to Union Station | Most DC Thing

The 1,000-square-foot photograph collage depicting suffragist and civil rights advocate Ida B. Wells will be at Union Station from August 24-28, 2020. 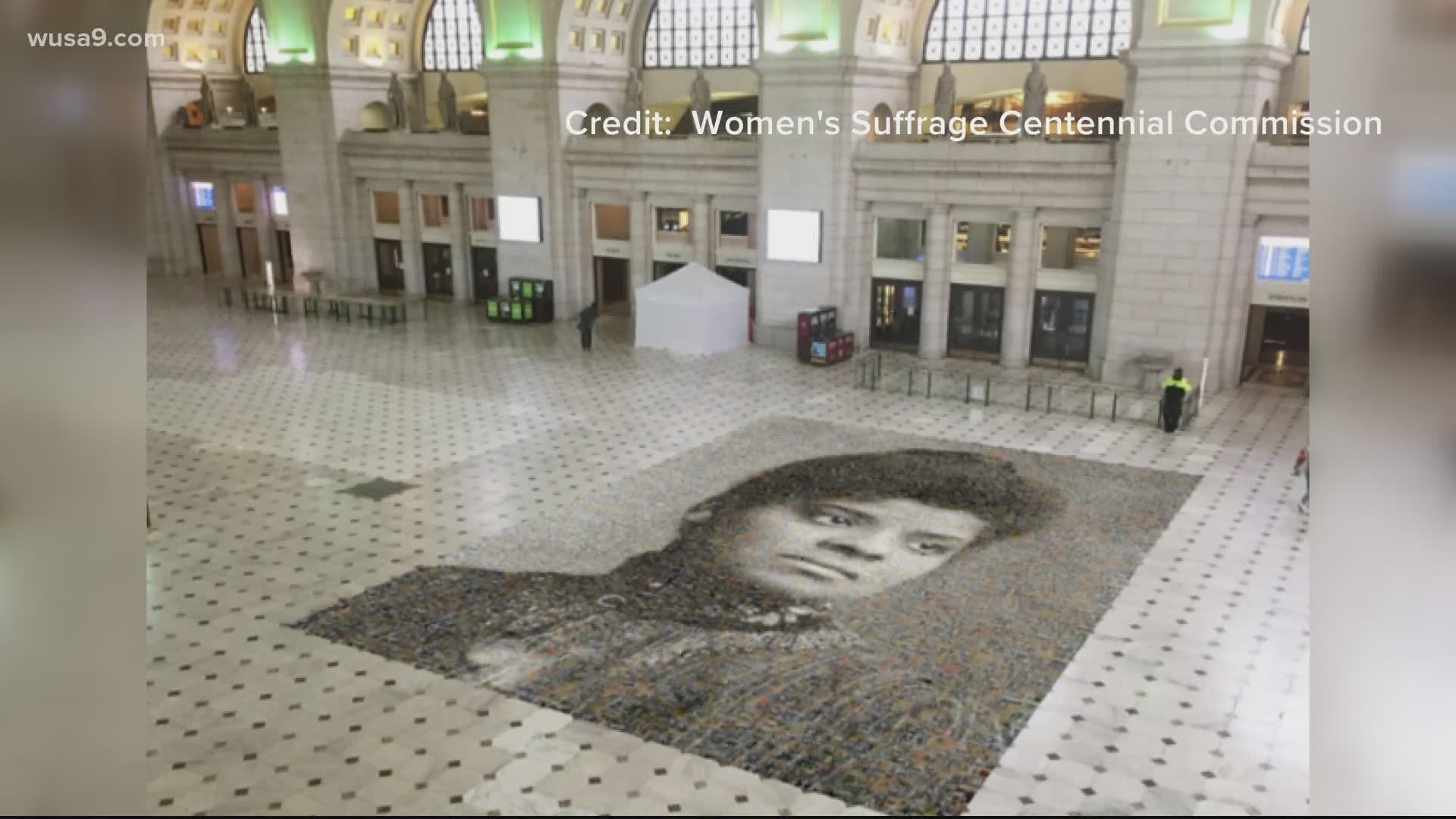 WASHINGTON — Today’s Most D.C. Thing comes thanks to the Women’s Suffrage Centennial Commission, which is creating a 1,000-square-foot photograph collage depicting suffragist and civil rights advocate Ida B. Wells to go on display in Union Station on Aug. 24. The portrait of Wells is composed of around 5,000 historic photographs from the suffrage movement.

This is an incredible tribute to a true American hero. On top of being a suffragist, Ida B. Wells was an investigative journalist, an educator, and a pioneer of the civil rights movement. She was also one of the founders of the NAACP. As you can see, her legacy has positively impacted the entire country. She was the right person to honor with this artwork.

This is the Most D.C. Thing because a lot of the key moments in the suffrage movement happened here. One that actually started at Union Station was the Prison Special, a 1919 cross-country tour featuring women who had previously been arrested and imprisoned for picketing outside of the White House two years earlier. They wore their prison uniforms at their rallies and as they traveled the country.

The Women’s Suffrage Centennial Commission is creating a 1000-square-foot photo collage of suffragist and civil rights advocate Ida B. Wells to go on display in Union Station on Aug. 24 #GetUpDC pic.twitter.com/w91DnFIMOL

101 years later, this city remains full of fighters for equality and justice. It’s great that Union Station is providing a visual reminder of our nation’s past to inspire today’s generation to keep working toward a better future.