Statehood for DC is closer than ever | Hear Me Out

There's a new push for DC statehood with Democrats in control the House, Senate and presidency. 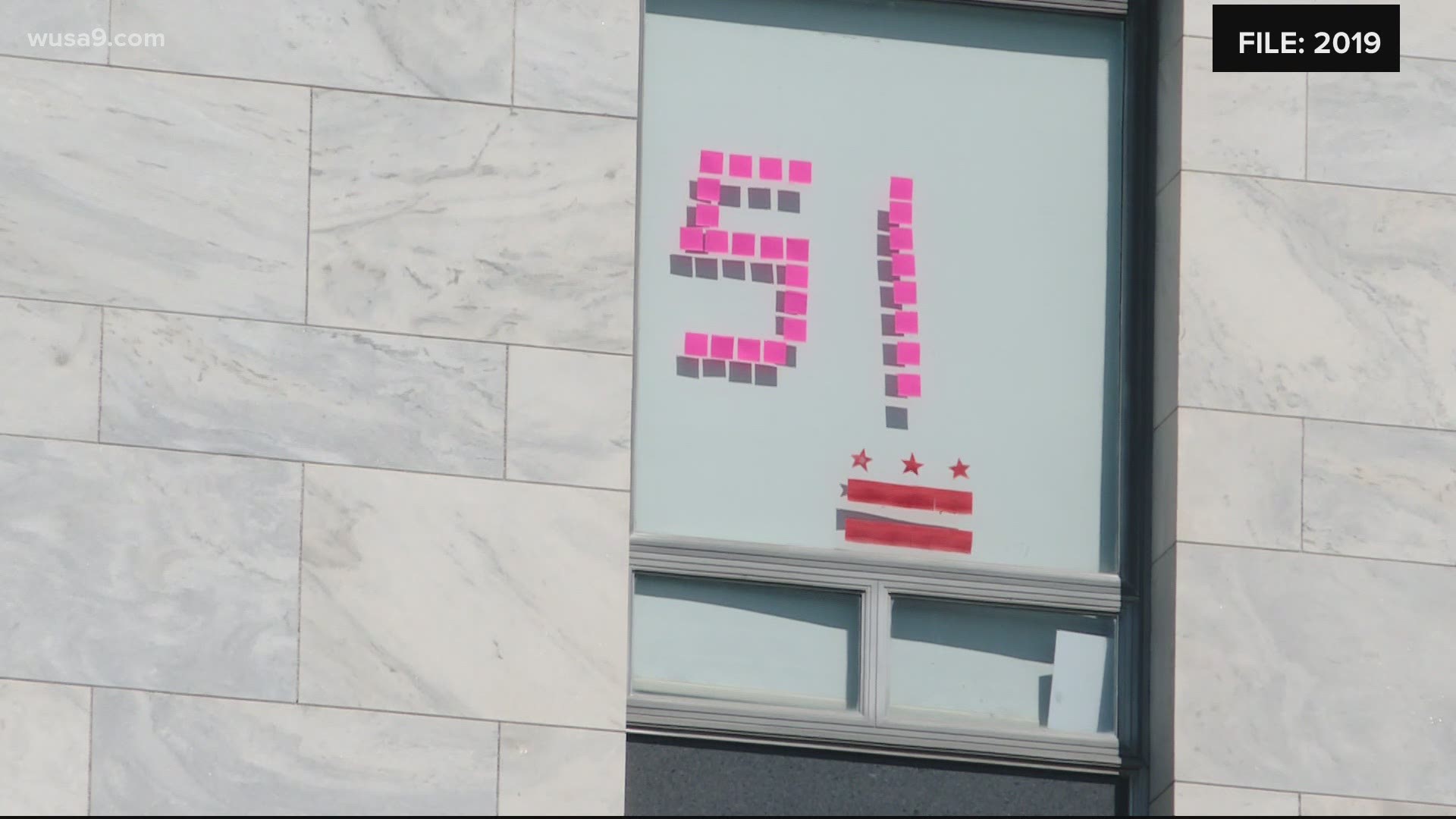 WASHINGTON — On Wednesday, D.C. Delegate Eleanor Holmes Norton and Senator Tom Carper of Delaware introduced legislation in the Senate that would make D.C. our nation’s 51st state. The bill has more than 200 co-sponsors in the House.

This isn’t the first time such legislation has been put forth, but with Democrats holding majorities in both houses of Congress, along with President Joe Biden in office, this may be the best chance for it to pass. And it’s time.

While Holmes Norton represents D.C. ably in the House, she has no voting power, and the people have no voice in the Senate. Instead, residents are subjected to the whims of lawmakers like Senator Tom Cotton, who claimed that D.C. wasn’t home to working class people.  What? Then who are all those people who head out to work every day in this town?

D.C. residents pay taxes, but have no say in where those dollars go. Thanks to Holmes-Norton and advocacy groups like 51 for 51, the rest of the nation has begun to wake up to how unfair this is.

The main opposition to statehood rests in the certainty that congressional representation would be Democratic. Meaning, people are being denied rights based on the assumption that their political views don’t align. That’s simply not right. This shouldn’t be a partisan issue.

Even with the aforementioned Democratic majorities, the measure probably won’t pass. It will undoubtedly run up against a senate filibuster, but at some point, it will and should happen. Let's just hope it’s sooner, rather than later. D.C. residents deserve that.

2 big hurdles for DC Statehood Bill in Senate, with 39 Senators on board https://t.co/VvBJqklauz