The Council of DC takes the haters to school in the Most DC Thing. 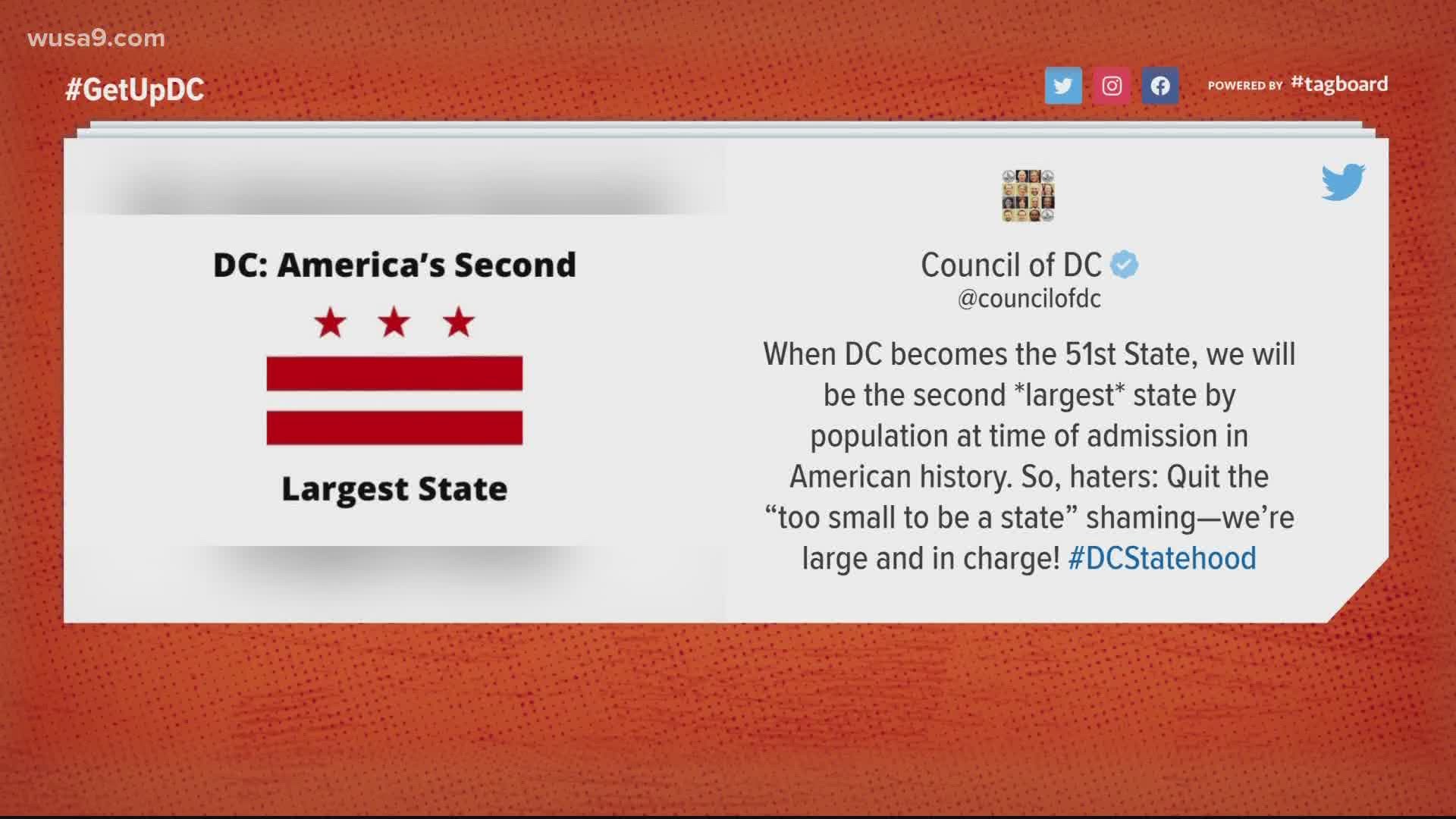 WASHINGTON — Today’s Most D.C. Thing comes to us courtesy of the Council of District of Columbia who posted a tweet that reads, “When DC becomes the 51st State, we will be the second *largest* state by population at time of admission in American history.”

So, haters: Quit the “too small to be a state” shaming—we’re large and in charge!” #DCStatehood”

Then, in a follow-up tweet, the Council posted a chart with the caption “Since school started last week, and teachers prefer it that way, let’s “show our work.”

Well played, elected officials! I haven’t heard the phrase “large and in charge” since the days of Heavy D, so bonus points for the nostalgia. The tweets were also very timely by sliding in that “back to school” jab. This is a social media department that I am proud to fund with my tax dollars.

Since school started last week, and teachers prefer it that way, let’s “show our work” pic.twitter.com/Lok8yWHxsb

These tweets are the epitome of a Most D.C. Thing. They were highly educational, yet mildly petty. Get into a political debate with anyone in this city and you will find out that those two elements are the keys to victory. You must conquer your opponents with fact-based statements, then scorch the Earth behind you so that they never fix their mouths to try you again. That’s just how it’s done in D.C.

I have never felt more confident in the prospects of D.C. achieving statehood.