Two innovative protests at Black Lives Matter Plaza show why there is no other city like D.C. 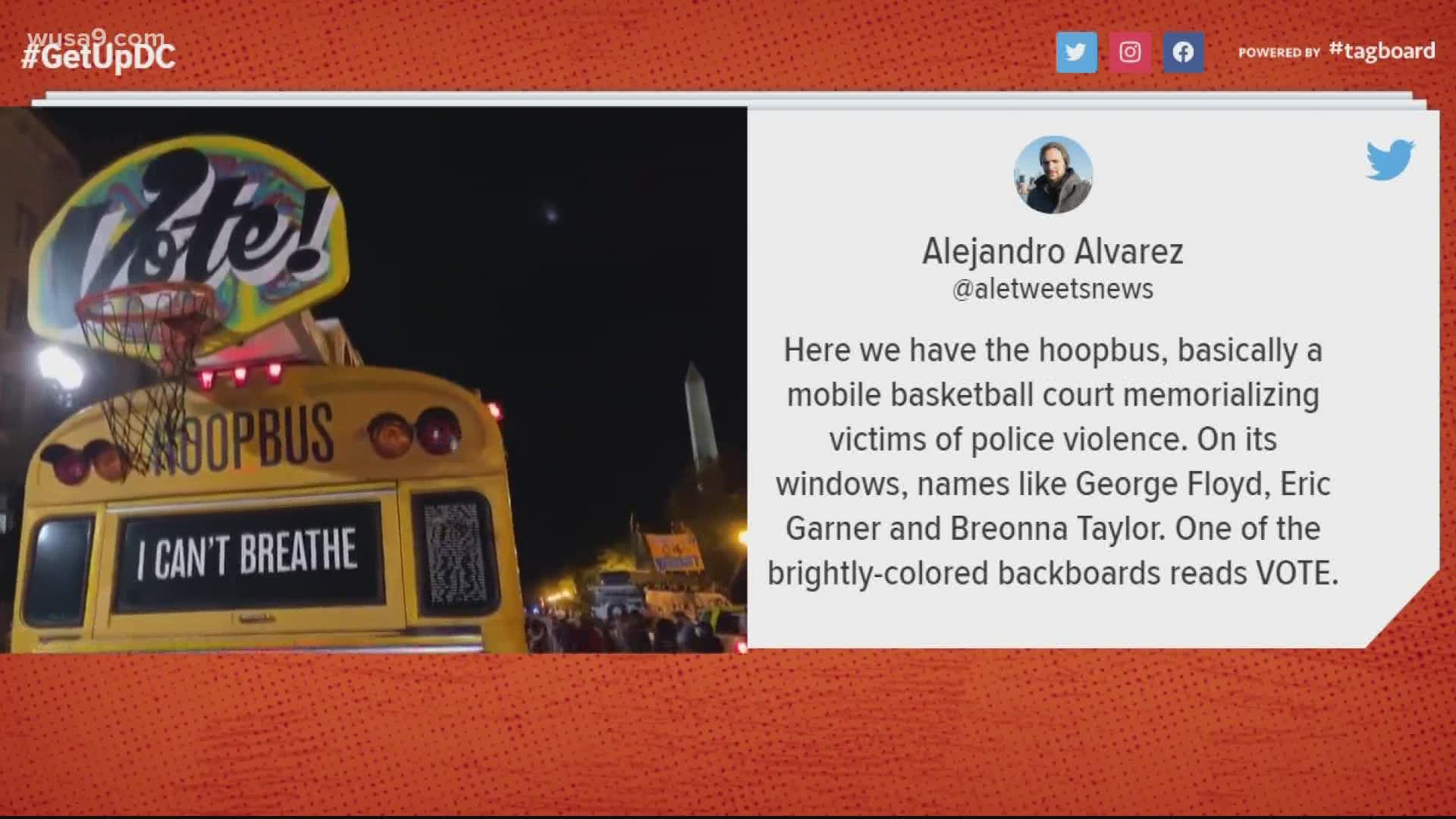 WASHINGTON — Today’s Most DC Thing comes from Alejandro Alvarez who tweeted a video from Thursday's protests at Black Lives Matter Plaza with the caption “Here we have the hoopbus, basically a mobile basketball court memorializing victims of police violence. On its windows, names like George Floyd, Eric Garner and Breonna Taylor. One of the brightly-colored backboards reads VOTE.”

This was happening at the same time as a go-go protest concert organized by Long Live GoGo which was also captured on video by Alvarez, and which you can hear in the background of the hoopbus clip.

D.C. is incredible for many reasons, but one of the most noteworthy is the creative expression found in this city. Dedicating a school bus to seeking justice for the unarmed Black people killed by police and the prevention of future killings is one thing. To find a way to make it interactive and engaging during a very tense time is just plain brilliant. The guys on that video need to work on their jump shots, but that’s the only negative thing I have to say about this.

Not one single basket in that whole clip. Kevin Durant is somewhere shaking his head while not getting a shape up.

Here we have the hoopbus, basically a mobile basketball court memorializing victims of police violence. On its windows, names like George Floyd, Eric Garner and Breonna Taylor. One of the brightly-colored backboards reads VOTE. pic.twitter.com/M0OtqBRHQ4

Now as far as the go-go concert, what can I say about go-go that hasn’t already been said?

It is a music born in the streets of D.C. and it speaks to and for the life experiences of generations of people from this area. It will always be the most D.C. way to celebrate something or to protest it. In this case, the latter. I expect this passion and creativity to spill over into today’s March On Washington because this is D.C. and that is what we do better than any other city.