'Hamilton' is returning to the Kennedy Center! Here's the full 2021-2022 show calendar

Broadway hits like Jersey Boys, Dear Evan Hansen and Mean Girls will run alongside D.C. premieres like To Kill a Mockingbird and A Monster Calls. 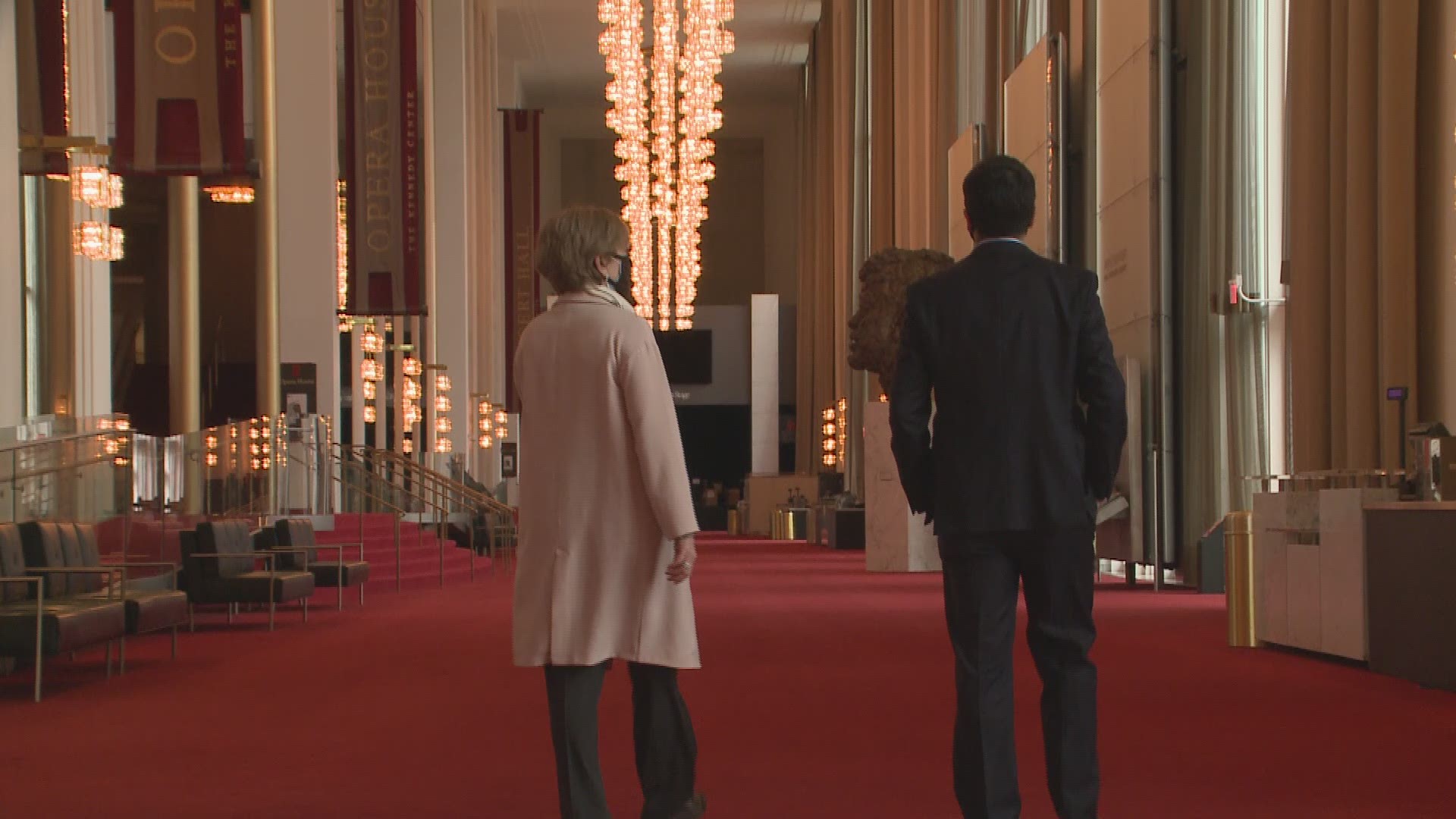 WASHINGTON — After shuttering its doors last March and canceling more than 1,500 performances, the Kennedy Center is finally preparing to host live shows once again. Grab your masks and prepare to social distance as the Kennedy Center rolls out the red carpet for 86 weeks of theater starting in October 2021.

On Tuesday, the Kennedy Center announced its full 2021-2022 musical and theater programming, including the return of Lin-Manuel Miranda's Broadway hit "Hamilton."

Just in time to celebrate the institution's 50th anniversary, the Kennedy Center plans to fully reopen in September 2021, with the first big show returning in October. "Hadestown," which won eight Tony Awards in 2019, including Best Musical, will kickoff on Oct. 13.

“I am elated to announce what is perhaps one of our most important theater seasons ever at the Kennedy Center as we return with such a full, exciting program of musicals and plays," Jeffrey Finn, vice president and executive producer of theater at the Kennedy Center, said. "The anticipation of being able to see Broadway productions again—and be in the theater together—is palpable. This upcoming season is filled with incredible shows and works from brilliant artists, offering something for everyone.”

Two highly anticipated D.C. debuts originally planned for the 2019–2020 season have been rescheduled for May and June of 2022: "A Monster Calls" and "To Kill a Mockingbird." Broadway smashes "Jersey Boys," "Dear Evan Hansen" and "Mean Girls" will also return to D.C. in 2022.

See the full schedule below:

Kennedy Center President Deborah Rutter can still remember the last night of performances in March of 2020 when she knew the Kennedy Center would be closing for at least a few weeks.

"On Wednesday morning, March 11, I said, 'Gang, are we all okay? I’m planning on leaving tomorrow for a few days with my daughter,'" Rutter recalled. "By four o’clock that afternoon, we were going to the meeting with the mayor and she was telling us that we needed to start closing down. We went to the last performance that evening and immediately closed down after.”

Rutter believed the shutdown would at first last around six weeks. It turned to months. In total, the Kennedy Center estimates there has been a loss of $250 million in revenue and donations.

Theatre is coming back 👏🏼 and I cannot wait! https://t.co/fsoifc4U5F

Over 1,500 performances have been canceled due to the pandemic and thousands of jobs at the venue were cut.

Organizers are hoping for a full reopening by the time September rolls around. Beginning this spring and summer, the Kennedy Center plans to hold a limited number of indoor performances with smaller and socially distant crowds. More details on the events are expected later this month. By September, the "celebratory reactivation" will be in full swing.

The mid-September re-activation of the Kennedy Center campus will include an opening curated and hosted by Michael Tilson Thomas and will also include the unveiling of two immersive, interactive exhibits, and a new life-sized statue of John F. Kennedy on the grounds of the REACH, the Kennedy Center said in a release.

"The arts are a reflection of who we are," Rutter said. "They help us understand how we relate with one another. There’s a lot of awareness across the community of the need for the arts to come back into life and to be able to get back into our museums and theatres and to be able to share experiences together.”

You can read all about how the theater will handle COVID safety here.