Watermelon snow: Sounds good, but you may not want to eat it. Here's why

Watermelon snow or 'pink snow' is caused by an algae that thrives in snow and cold water. 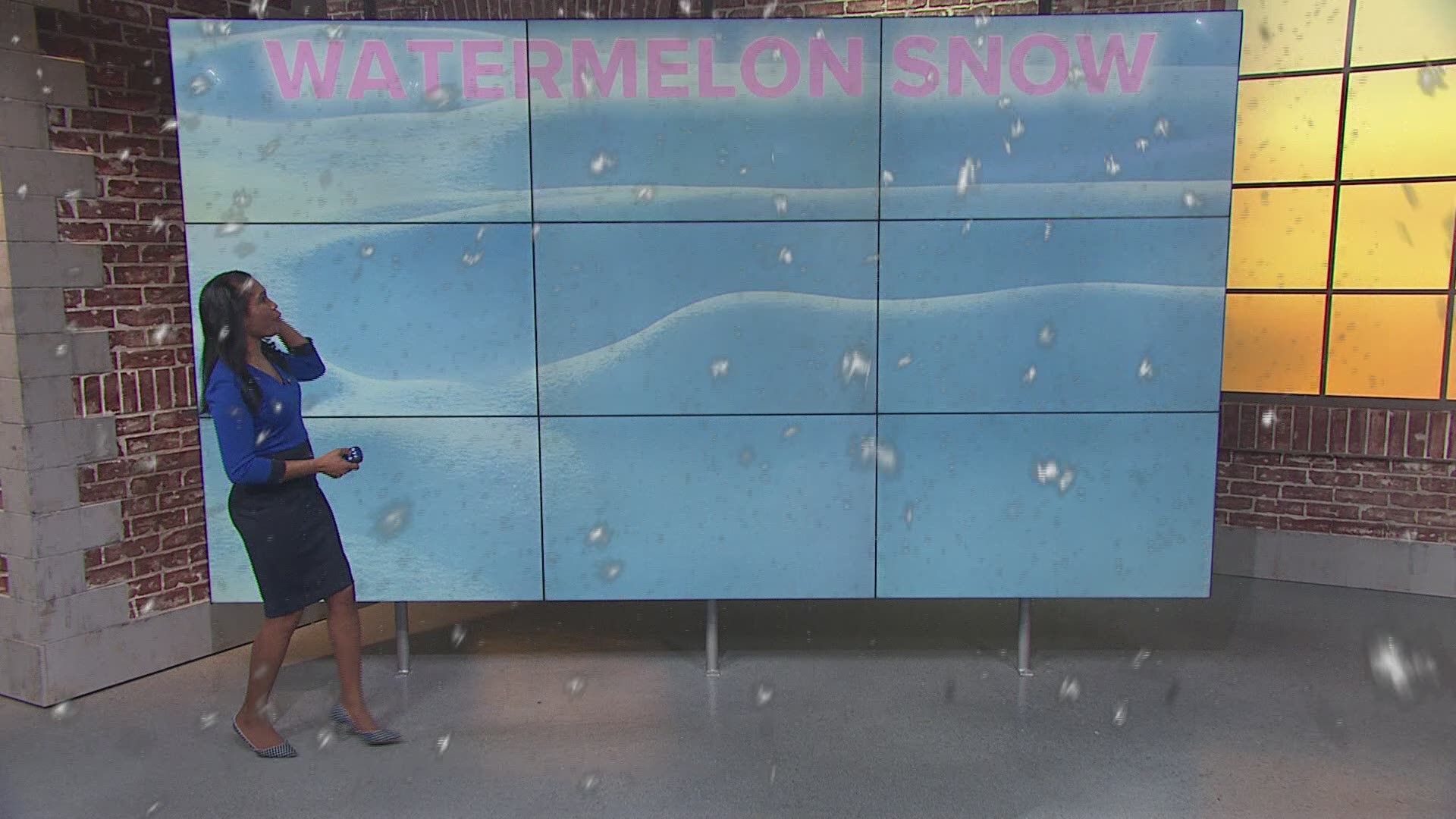 WASHINGTON — When I first mentioned watermelon snow, my friends wanted to know if it came with vodka. The answer is no, it's not a drink.  You also won't find this in the produce section of the grocery store,  but watermelon snow is indeed a thing.

Watermelon snow is where biology and the atmosphere come together. It falls from the sky as regular snow, but once on the ground, it comes in contact with an algae that gives the snow a pink tint.

Chlamydomonas nivalas is actually green algae but gets a red color because it's high in carotenoid, according to The Yosemite National Park Service.

Some even say it has the faint smell of watermelon, but park officials warn people not to eat it.

RELATED: Storm brings heavy, wet snow to Montana, other US states and Canada in fall

During the spring and summer as the snow gradually begins to melt, the algae take advantage of the cold water and cold temperatures. Armstrong wrote that the surname, nivalis, is of Latin origin and refers to snow.

We likely wouldn't get a glimpse of it in D.C.  It's usually found in the higher elevations in the mountains about 9,500 up and higher. It has been spotted in places such as Yosemite National Park, Glacier National Park near Grinnel Glacier, and in Colorado just to name a few spots.

"Since chlorophyll is necessary for its survival, it uses this natural type of sunscreen to protect itself from too much heat and damaging UV radiation. The pigment dyes the surrounding area a darker color, giving the effect of a pink or red snowfield, and allows the snow to heat up faster and melt more quickly," officials wrote in a Facebook post.

It may be pretty to look at but when it melts that's a different story. It makes puddles of red water that some say look like something out of a crime scene or horror story.