As the storm moved through Stafford County, multiple trees and powerlines were brought to the ground. 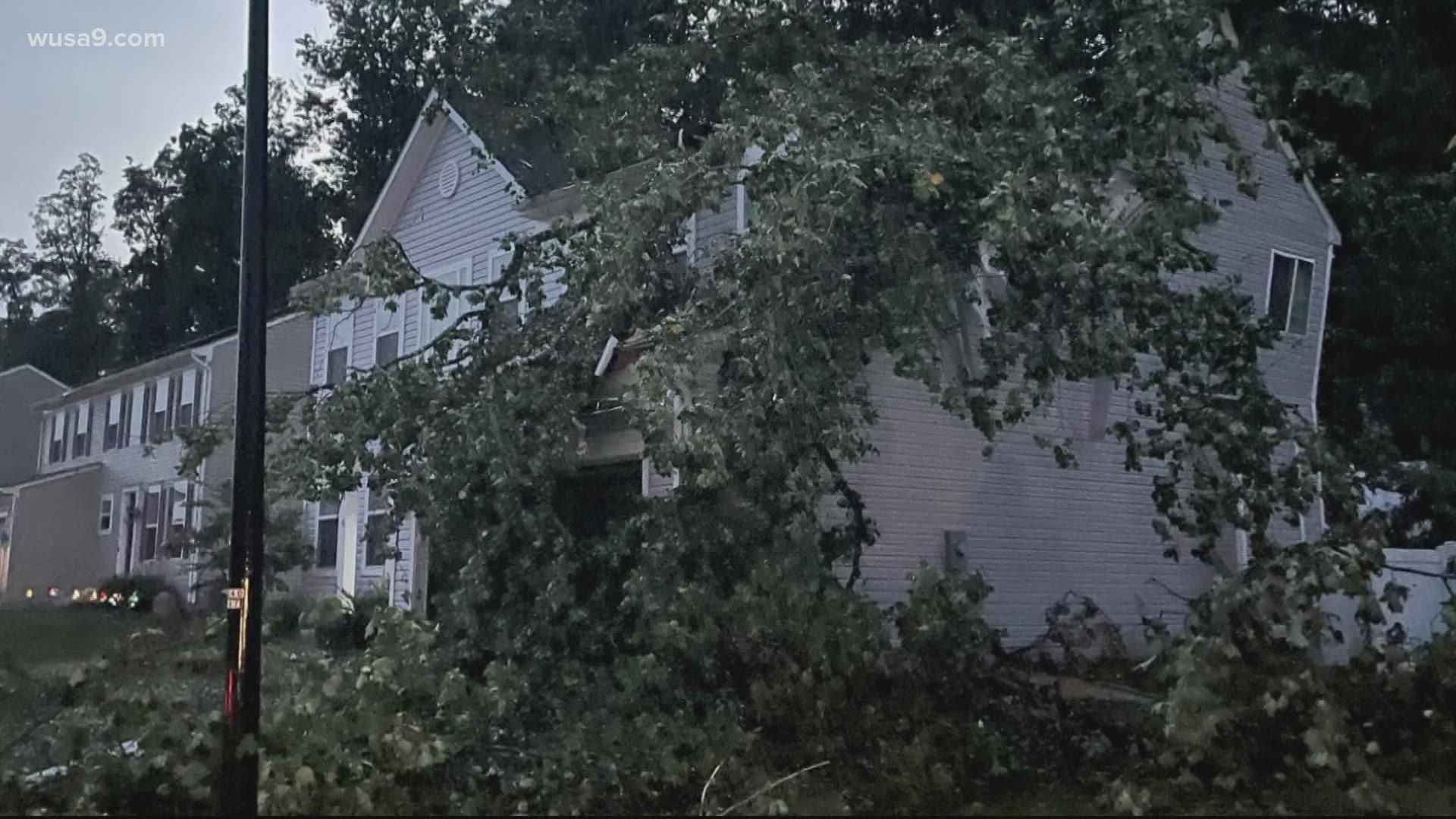 There is no word at this time on when power may be restored.

This is the second day in a row that customers have lost power due to severe weather. At one point, more than 25,000 customers were without power when severe thunderstorms rolled through the area Wednesday evening.

A tornado warning was briefly in effect for Stafford and Spotsylvania counties along with the city of Fredericksburg Thursday evening.

As the storm moved through Stafford County, multiple trees and powerlines were brought to the ground. Most of the damage was localized to the area of Truslow Road near Jefferson Davis Highway, according to Stafford County Fire and Rescue.

Falmouth resident Casey Clark lives nearby along Beagle Road. She said the storm hit her subdivision with fierce intensity.

“It came up so fast and we could kind of see a window up at the top of the stairs and watch and it was just solid like a whiteout,” Clark said.

Her neighbor, Lauren Peake, said the incident reminded her that anything can happen with nature.

One street over, on Worsham Lane, a tree actually crashed onto the master bedroom of a home causing significant damage. Luckily, everyone inside the home was in the building's basement at the time.

“We are alive and well and I’m thankful that we’re all okay,” said occupant Vanessa Riley.

No injuries have been reported in the area.

Friday looks to be calmer, with no storms expected. Rain showers return to the forecast on Sunday.