DC bike lane enforcement is in full effect. If you don’t abide it could cost you

WASHINGTON D.C., DC — Drivers buzzing around the District will need to be more wary of where they’re pulling over.

Starting Saturday, Feb. 29, D.C. Department of Public Works (DPW) will be issuing $150 tickets to any motorist blocking the bike lanes.

The rule has existed since November, but DPW said officers previously had to catch the offense in the act and issue the ticket while it was happening.

DPW said parking enforcement officers can now just snap of picture of it while it’s happening, and the ticket will be issued on-site or mailed to the driver.

"The cars, they're always in the way, they don't respect the bike lanes or don't understand it,” cyclist Linda Potrafke said.

Potrafke said she herself has been hit by a couple of car doors in an effort to get around vehicles blocking the bike lane. 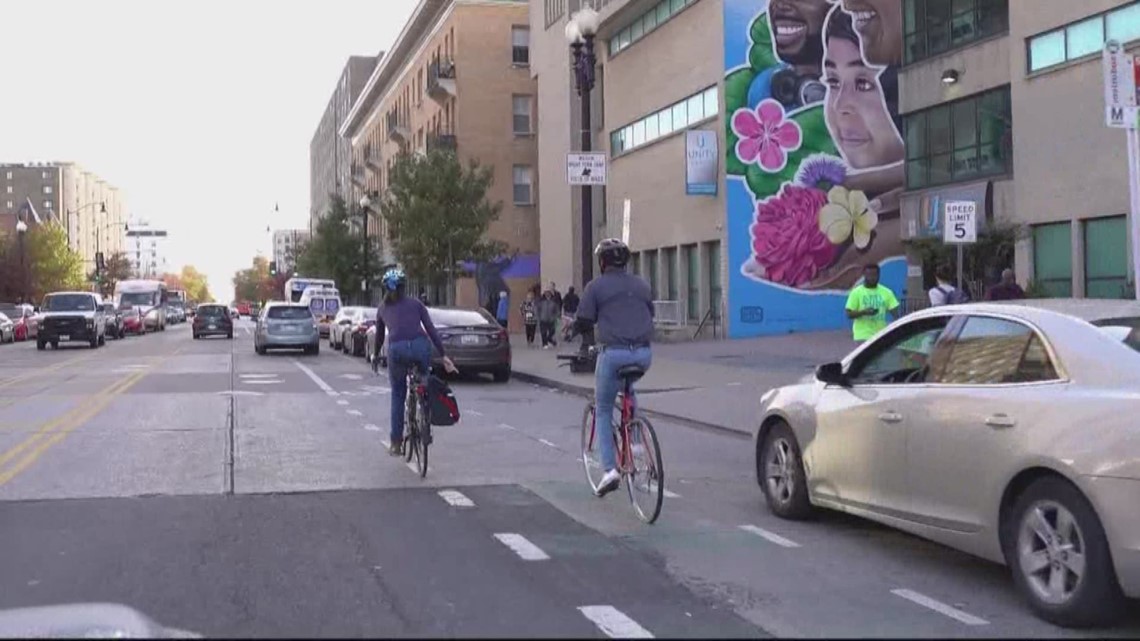 These are DC, Maryland & Virginia's most dangerous roads for cyclists & pedestrians
WUSA9 analyzed three years of crash data to determine which DMV roadways had the most collisions involving cyclists and pedestrians.

"Because we have to go around them, and sometimes they just suddenly stop without any warning,” Potrafke said. “They don't have a signal and then if you go on the right side, somebody will open the door and hit you."

Credit: WUSA
Potrafke described the dangers of cars blocking the bike lane moments after having to go around one.

DPW said they have also expanded the number of parking enforcement officers and the entire enforcement team, nearly 300 people, will have the ability to photograph vehicles blocking bike lanes.

“The District’s nearly 90 miles of bike lanes help to expand transportation options and boost connectivity to the city’s vibrant neighborhoods and commercial corridors,” said DPW Director Chris Geldart. “As we enter into the next phase of our bike lane enforcement program, the issuance of tickets will incentivize motorists to help keep lanes clear of obstructions so that bikers can safely share the road with vehicles.”

RELATED: You can be fined $150 for blocking bike lanes in DC