When trolls attacked her daughter with disabilities, this mom fought back

Natalie’s daughter Sophia was born with severe facial deformities and disabilities. When Natalie would take her out or post photos online, the cruelty would be too much to bear. But love for her daughter trumped fear, so she stepped out and became a fierce advocate for children like Sophia. 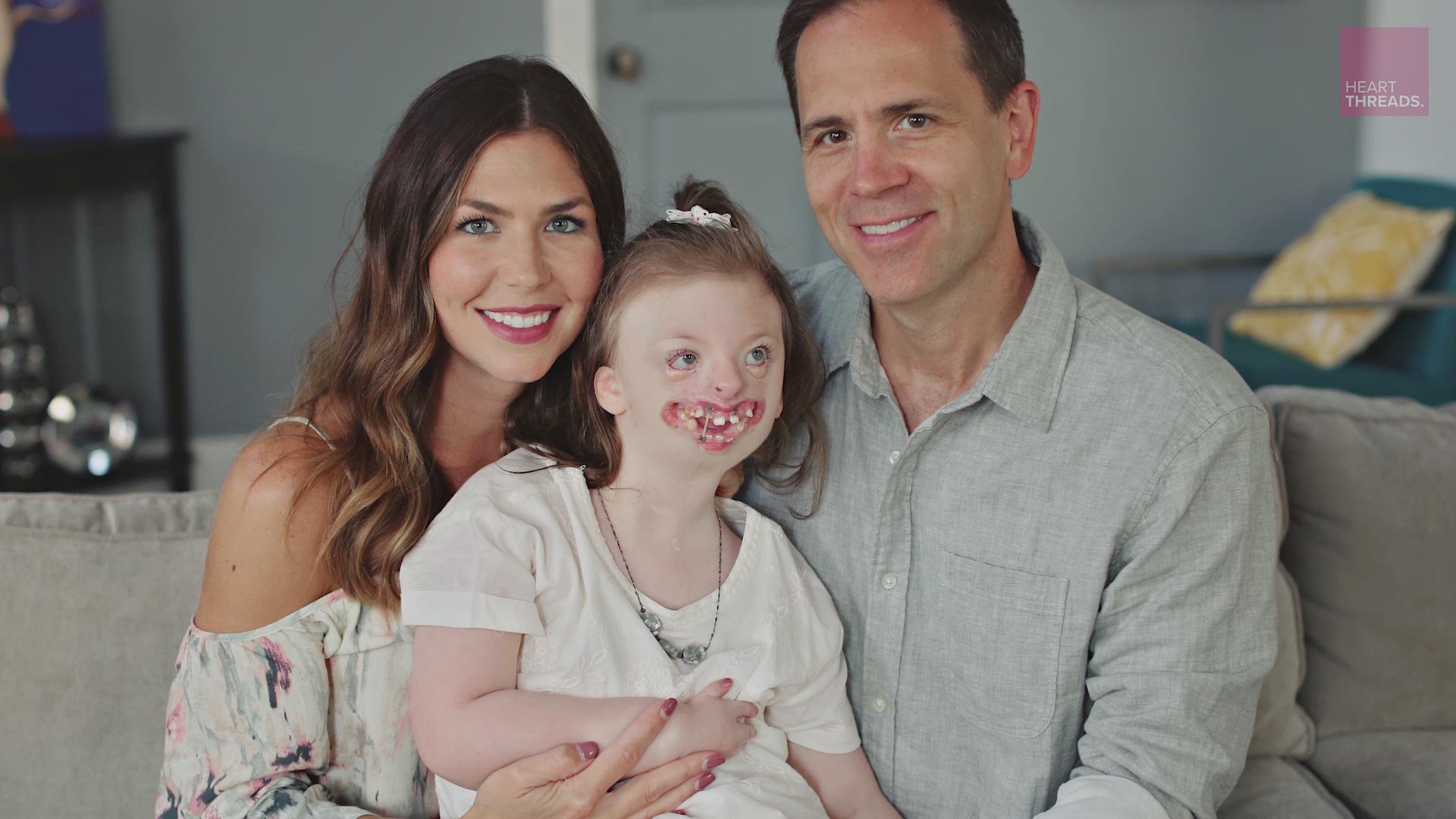 CHARLOTTE, N.C. — Editor's Note:
Sophia Weaver passed away on May 23. She left the earth as she spent each day: "surrounded by love and adoration," Natalie Weaver said. Natalie and Sophia's message of bravery and inclusion continues to inspire thousands worldwide. Read more here.

The moment she posts a photo of her 10-year-old daughter Sophia, she expects hateful comments to bombard her online feed.

Some of the worst criticize Sophia’s appearance: “I’m going to have nightmares.” “You should’ve ended the pregnancy.” “She is defective.”

Sophia was born with facial deformities and Rett Syndrome, which causes frequent seizures and tremors. Her complex medical needs prevent her from speaking, walking or eating independently. She’s had 28 surgeries over the course of her young life and uses a feeding tube every day.

To Natalie, Sophia is beautiful. She’s silly and mischievous, loves to cuddle and can express herself through simple statements using an assistive speech device.

The constant hate —both online and in person— about Sophia’s appearance and abilities used to bring Natalie down. But a few years ago, she decided she wasn’t going to stand for it any longer.

“My world was caving in”

Sophia is Natalie’s first child, so she self-admittedly went “overboard” when it came to her own health during pregnancy, completely cutting caffeine and sugar out of her diet.

But then, 34 weeks into the pregnancy, doctors noticed something terribly wrong. During an ultrasound, Natalie’s doctor told her she needed to see a specialist immediately. Physicians couldn’t make out what they were looking at in the images. Natalie learned her daughter would have hand, foot and facial deformities and might not survive childbirth.

“It was shocking to hear that news,” Natalie said. “It felt like my world was caving in.”

But Sophia survived birth. Slowly, Natalie and her husband Mark adjusted to their new normal, caring for their daughter and her complicated needs, and loving her all the same.

Through Sophia, Natalie began to learn more about the disability community. One of the first lessons came fast and mercilessly: People can be mean.

Often, while running errands, Natalie would notice people staring. Once, two teenage girls screamed at the sight of her daughter in public. Another time, an employee at a pumpkin patch completely ignored Sophia.

Over time, the hurt compounded. She dreaded going out in public with Sophia and became more private about her family.

“I felt really depressed and sad that people couldn’t accept my child and see how amazing she really is,” Natalie said.

But then one day, something changed.

“I am no longer hiding”

Nearly three years ago, Natalie decided to do something she had never done before: Give a television interview. She found out her state of North Carolina was threatening to make changes to Medicaid coverage, which would have affected Sophia.

She started speaking out and advocating for her daughter. She gave a press conference in Washington, D.C. and began two non-profits. Advocates for Medically Fragile Kids NC fights for healthcare coverage in North Carolina and Sophia’s Voice helps cover costs for people with disabilities and their caregivers.

Speaking up for Sophia helped Natalie find her own voice. But the more she put herself in the public eye, the stronger the naysayers became. She ignored most comments, but one stood out in its cruelty: A troll used Sophia’s photo to advocate for the abortion of children with disabilities.

Natalie petitioned Twitter to take the image down. But in the process, she discovered that the platform, at the time, did not explicitly list rules against attacking another user because of a disability. In April 2018, Twitter updated its safety guidelines and included disability in its protected categories, thanks to feedback from Natalie.

She still battles online hostility daily, and her fight isn’t over. But the comments don’t hurt her like they used to.

“I’m unstoppable now. I’m going to continue to… expose the hate so that we can change it,” she said.

Natalie knows that if there’s anything hate doesn’t stand a chance against, it’s a mother’s love.