The eight-game win streak for the Jordan-led Wizards was between Dec. 6 - Dec. 22. This year's Wizards under Beal and Westbrook could make the playoffs. 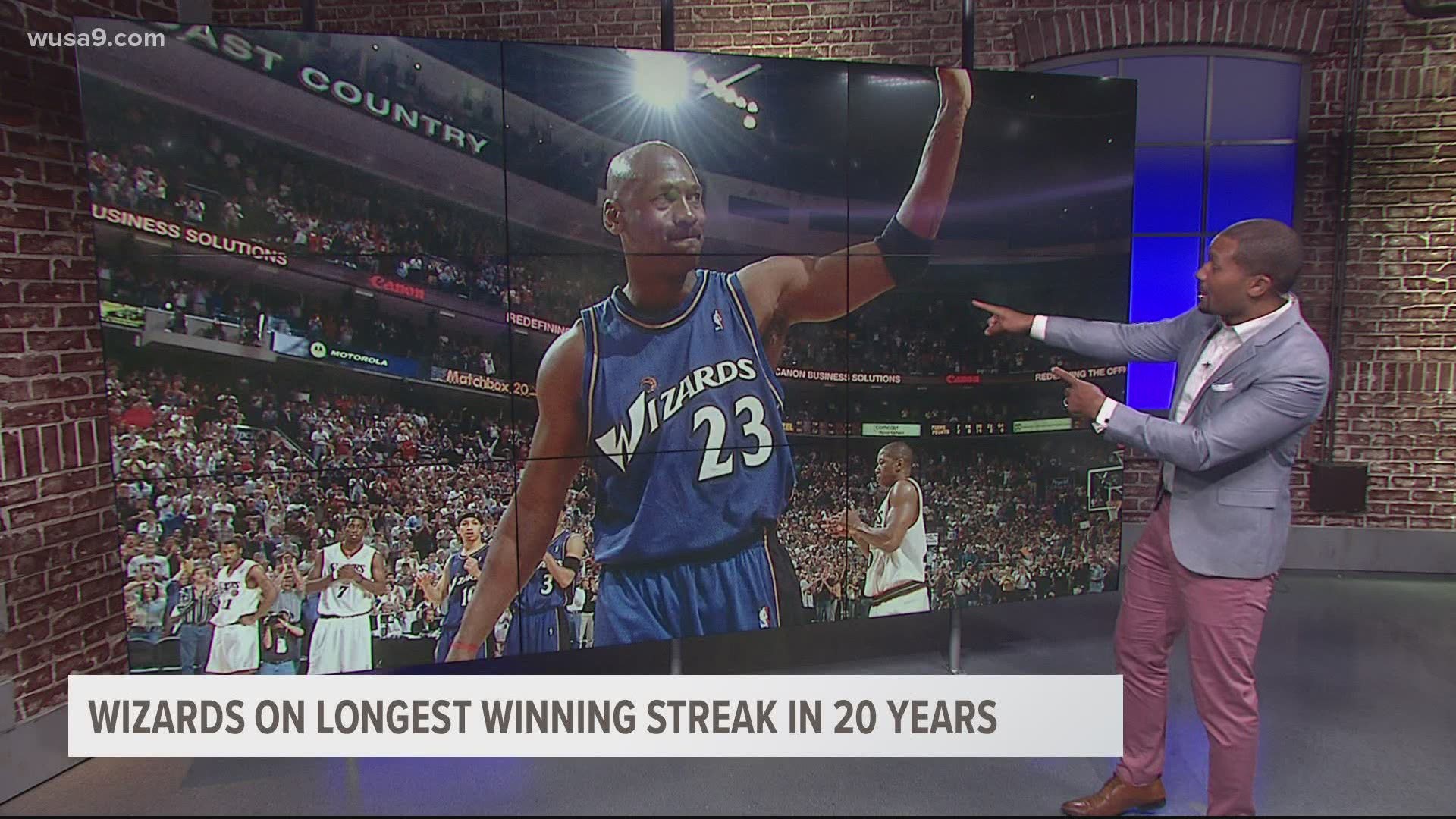 WASHINGTON — The 2020-21 Wizards just beat the Cleveland Cavaliers to win eight straight games as they try to win an NBA playoff birth. The last time Washington won eight games was when Michael Jordan played for the team in Dec. 2001.

Unfortunately, an eight-game win streak could not help an injured Jordan stay healthy, and the Wizards finished the 2001-02 season with a 37-45 record and missed the playoffs.

Jordan that year did break the 30,000 point mark while playing with the Wizards. He also led the Wizards in shooting for the season, even though he only played 60 out of 82 regular-season games for Washington.

This year's Wizards under Bradley Beal and Russell Westbrook have a real chance of making the playoffs.

After Washington's win against the Cavs on Sunday, the Wizards are 27-33 and ranked in tenth place in the NBA's Eastern Conference. The teams between fourth place and tenth place in the conference are only separated by seven games.

The Washington Wizards have 12 games left in the 2020-21 NBA regular season.

RELATED: Capital One Arena host fans for first time since pandemic started; Beal thanks fans for being there