The win over the Cavs was the Wizards' eighth straight victory. It's the first time since 2001 that the team has done that. When MJ was on the team. 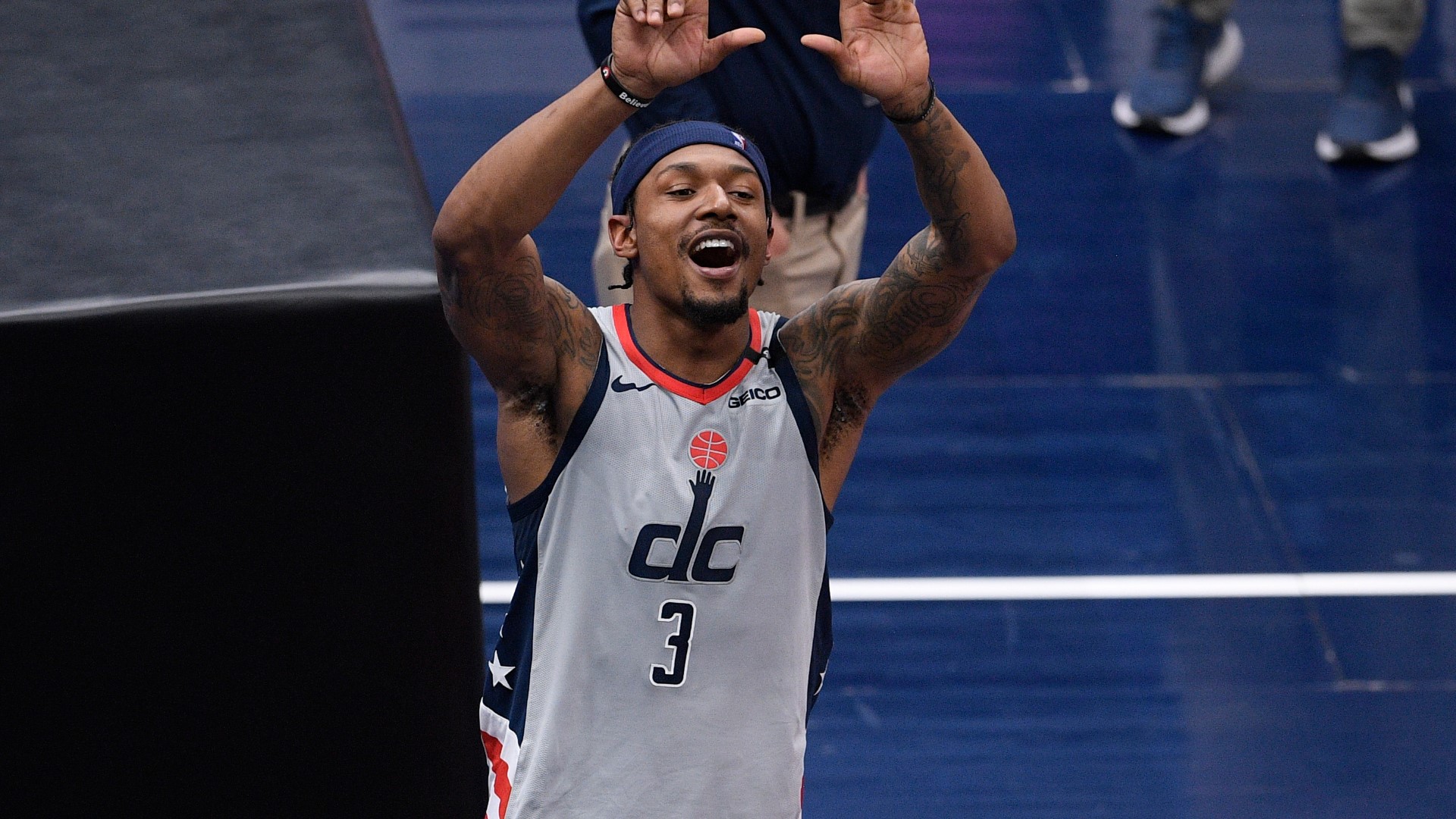 WASHINGTON — Bradley Beal scored 33 points and the Washington Wizards rallied to beat the Cleveland Cavaliers 119-110 on Sunday night for their eighth straight victory.

Russell Westbrook had 14 points, 11 assists and five rebounds, ending his triple-double streak at four. He failed to record a triple-double for only the third time in 17 games.

Cavaliers scoring leader Collin Sexton sat out because of a concussion after scoring 28 points Friday night in a loss to Charlotte.

Robin Lopez had 14 points for Washington, and Daniel Gafford added 12.

Keep up with everything with the Locked On Washington Wizards podcast hosted by Ben Mehic and Anthony Cittadino.

Wizards: Anthony Gill made his second career start, scoring five points in 14 minutes. ... Beal played his 596th game for Washington to move into fourth place in franchise history. He passed Charles Jones, who played for the then-Bullets from 1984-93.

RELATED: Capital One Arena host fans for first time since pandemic started; Beal thanks fans for being there

RELATED: Report: Wizards rookie Avdija out for the season with hairline fracture