Critics say the Burgundy and Gold claiming accused abuser Reuben Foster shows if you play well enough, you can get away with violence. 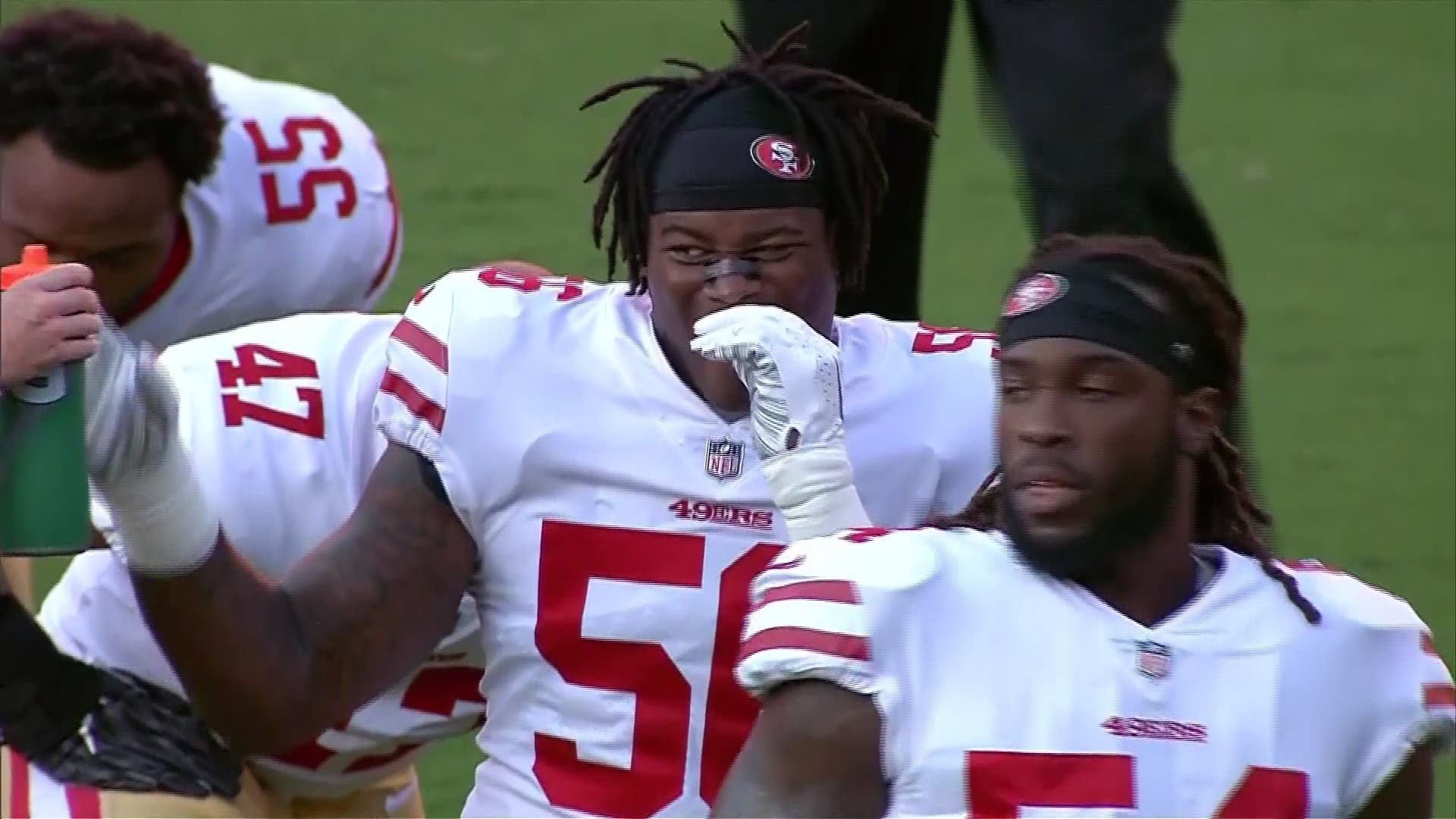 WASHINGTON -- "Vile." That's the word you keep hearing about the Washington Redskins football team's decision to do what no other team would do: claim linebacker Reuben Foster after he was arrested a second time on suspicion of domestic violence and kicked loose by the San Francisco 49ers.

Some say there are echoes of the message we're hearing in politics too. Play well enough, or have enough money, and you can get away with murder.

We don't know who in the Burgundy and Gold management decided to claim Reuben Foster, but word is there was some debate.

Owner Dan Snyder clearly could have said no, but didn't. Team President Bruce Allen left it to the most beloved figure in team management, Senior VP and Super Bowl-winning former quarterback Doug Williams, to publicly justify the decision.

But lots of people think just claiming him is a huge mistake.

"This just sends a horrible message to fans across the board," said Jeremi Duru, a sports law specialist at American University's Washington College of Law "Women, men, everybody. Everybody who believes in treating others with respect."

Tampa Police arrested Foster at the 49ers team hotel on Saturday night, accusing him of pushing his girlfriend in the chest and slapping her with an open hand across her face.

Arrested six months ago on suspicion of domestic violence and possession of an assault rifle, he ended up pleading only to a misdemeanor weapons charge.

But this is his third strike with the 49ers.

It's far from the NFL's first false move on domestic violence. Snyder defended Roger Goodell as the commissioner dithered over what to do about the Raven's Ray Rice, who was caught on video attacking his wife in an elevator.

Some are wondering why a team that found a spot for Foster couldn't find a spot for another former 49er, Colin Kaepernick, whose only strike is kneeling during the National Anthem.