Spruce-Knob Seneca Rocks has attracted climbers of all levels throughout the pandemic, many venturing from cities to reach new heights. 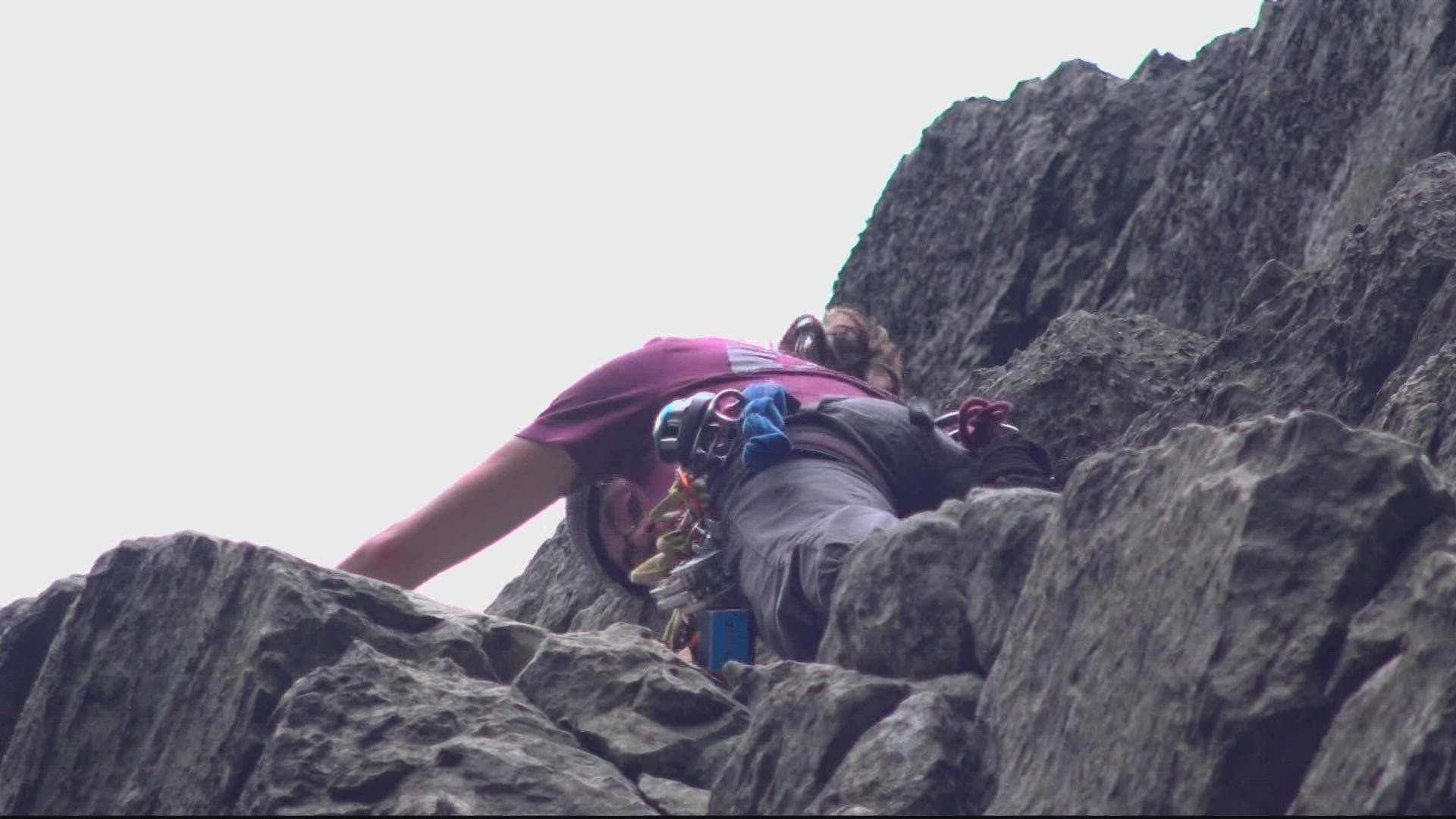 WEST VIRGINIA, USA — Some of the best climbing on the East Coast is about a three hour drive west of D.C. There, you'll find Spruce Knob-Seneca Rocks: a 100-acre national recreation area, geological masterpiece and, for some, a challenge.

“It’s not a climbing gym. Those skills just don’t transfer outside," Troy Phillips said. Phillips has been leading climbers up the steep sandstone verticals for the last seven years as a mountain guide.

Throughout the pandemic, more and more climbers of all levels have started venturing out to push their limits. Seneca Rocks is attractive for one reason in particular: it holds the highest peak in West Virginia.

RELATED: Rock climbers at Earth Treks focus on the environment as sport grows in popularity

For some, this is a prayer answered.

"I think about the public lands 10 years ago and we were all wringing our hands because especially children weren't coming out to nature. We felt like we were going to lose a generation or two to video games," Julie Fosbender said.

Fosbender works for the U.S. Forest Service in West Virginia, where she has helped manage the land for the last thirty years.

Visitation is way up since the start of the pandemic, Fosbender said, with many people coming from urban areas.

But she said that blessing can quickly become a curse if you’re not prepared.

Seneca Rocks has no cell phone service, so visitors need a map - and the ability to read it. There are no nearby hospitals or medical centers, so a first aid kit is also a must.

Most importantly, according to Fosbender, the use of the land comes with the duty to take care of it.

RELATED: US luge star breaks foot after hitting piece of ice at 75 mph

For climbers, environmental stewardship is not just neighborly, it’s necessary.

"The more drastic weather patterns we have, the higher risk we seem to be at when it comes to rockfall," Phillips said.

Self care and care for the outdoors go hand in hand for Phillips.

"It’s very meditative. So nothing really exists other than the climb in the moment," Phillips said.