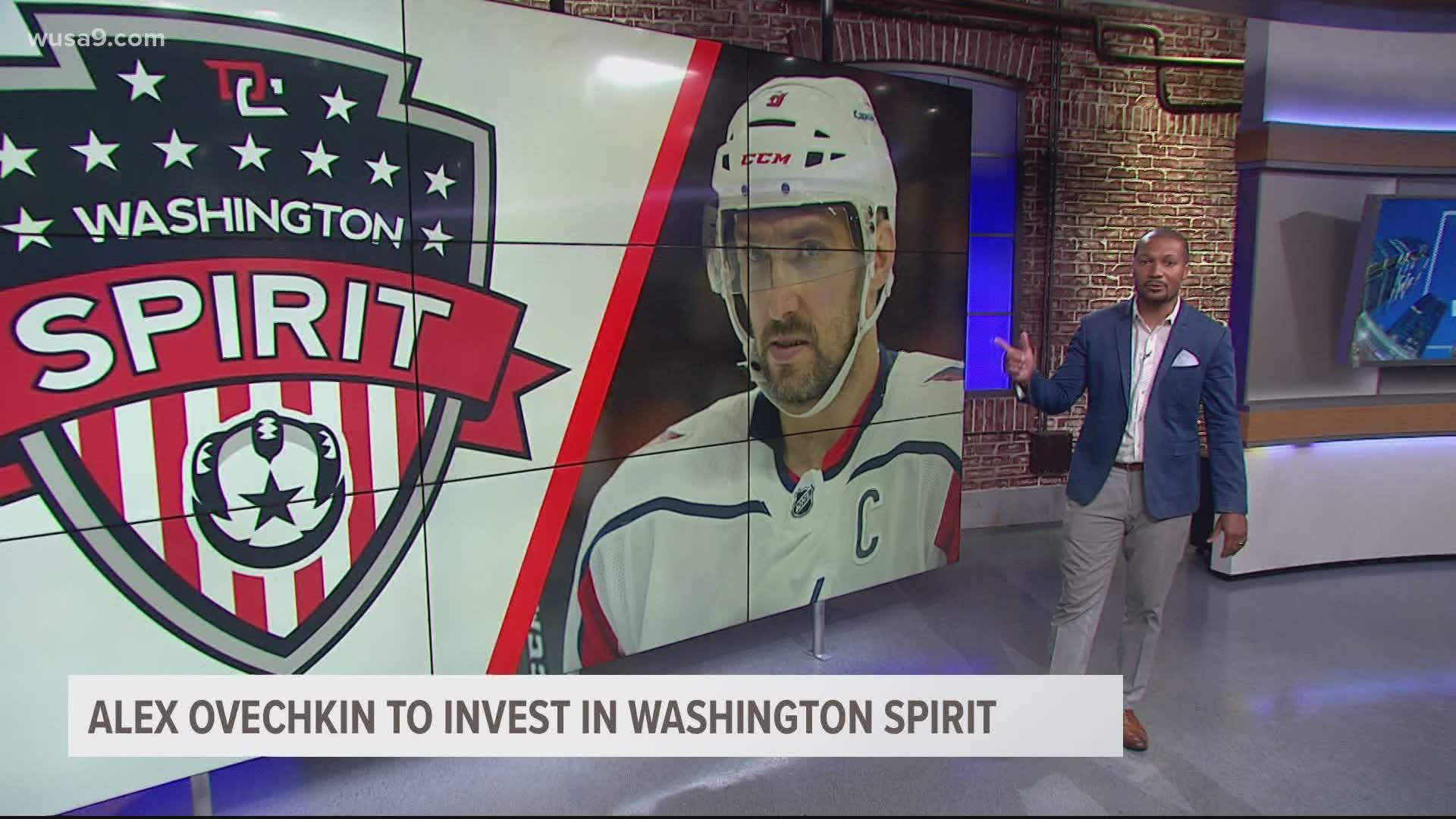 WASHINGTON — Washington Capitals star Alex Ovechkin is investing in the Washington Spirit, a spokesperson of Ovechkin confirms with WUSA9. "I think it's important to support women and women's professional athletes -- not just in the United States, but all over the world," Ovechkin told ESPN. "It was also important for me to support the D.C. community. I support everybody in this town. Me and my wife love to go watch a soccer game, watch football, and baseball. We all win. If I have this opportunity, I think it's very important for me to do it, because it also shows we care."

The Washington Spirit will make it official on Monday.

Ovechkin noted his love for soccer and that he was inspired to invest in the women's soccer team by his mother Tatyana, who is a multiple-time Olympic gold medal winner in basketball for Russia.

Ovechkin joins a list of celebrity investors in the Washington Spirit. Former first daughters Chelsea Clinton and Jenna Bush and Olympic gold-medal-winning gymnast Dominique Dawes have already become Spirit investors. “If I have the chance, I have the time, I’d love to go to a practice, would love to go to the games,” Ovechkin said. “I’m looking forward to meeting the players. I think it’s critical to be involved with those kinds of things. To support women’s soccer, I think it’s pretty cool.”

Ovechkin, 35, is in his 16th season in Washington. The Capitals captain will become an unrestricted free agent after this season. Ovechkin has 730 career goals, just 164 shy of Wayne Gretzky's all-time record.