Caps face a tough schedule in its final eight games; unsure of when Alex Ovechkin will return 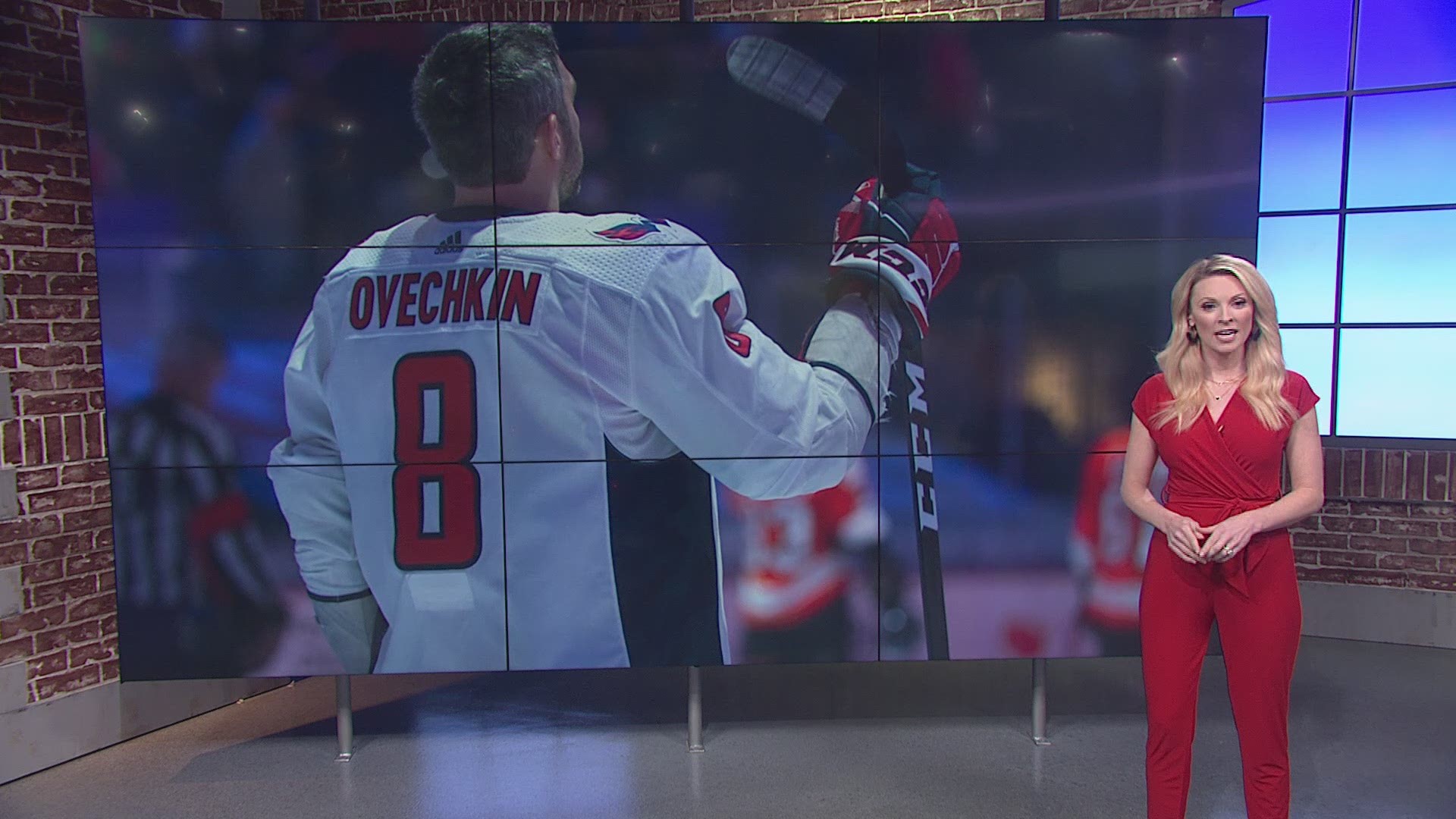 WASHINGTON — Forty-eight games played. Eight to go. The Washington Capitals are in the home stretch of their regular season, and they might have to finish without their captain, Alex Ovechkin, as he continues to nurse a lower-body injury.

Prior to Saturday night's game against the New York Islanders, Ovechkin hadn't missed a game due to an injury since March 5, 2015. In his 16 seasons with the Caps, he’s only missed 18 games due to an injury. Playing without their Captain is not something the Capitals are used to, but on Saturday they found a way.

Daniel Sprong started on the Capitals' first line in place of Ovechkin and scored two goals helping to lead the Caps to a 6-3 victory over the Islanders. That win gives the Caps the outright lead in the East Division.

"You know 'Spronger' got the opportunity and got two goals. That's not easy to not play hockey for a while, and come in and play against the Islanders like that. I give him a lot of credit," said Sprong's teammate Evgeny Kuznetsov.

The Caps have a tough schedule to get through, before the post season begins. They’ll have to face the remaining top teams in their division. On Tuesday they’ll play the now third place Islanders again, and later in the week, they’ll host second place Pittsburgh.

"Those are the game you want to play going into the playoffs. You want to play that style of hockey, you want to have it mean something. We are in a position now where we get that and we have to show up and play well," said head coach Peter Laviolette.

"You want to play those type of opponents, and it's always fun to have that type of challenge," said Kuznetsov.

The Caps have won their division the last five seasons, but making it six straight means playing their best hockey down the stretch, with or without their captain.