Haskins gets Theismann's blessing to wear #7

Redskins great Joe Theismann cleared a path for Dwayne Haskins to wear #7 for the team. 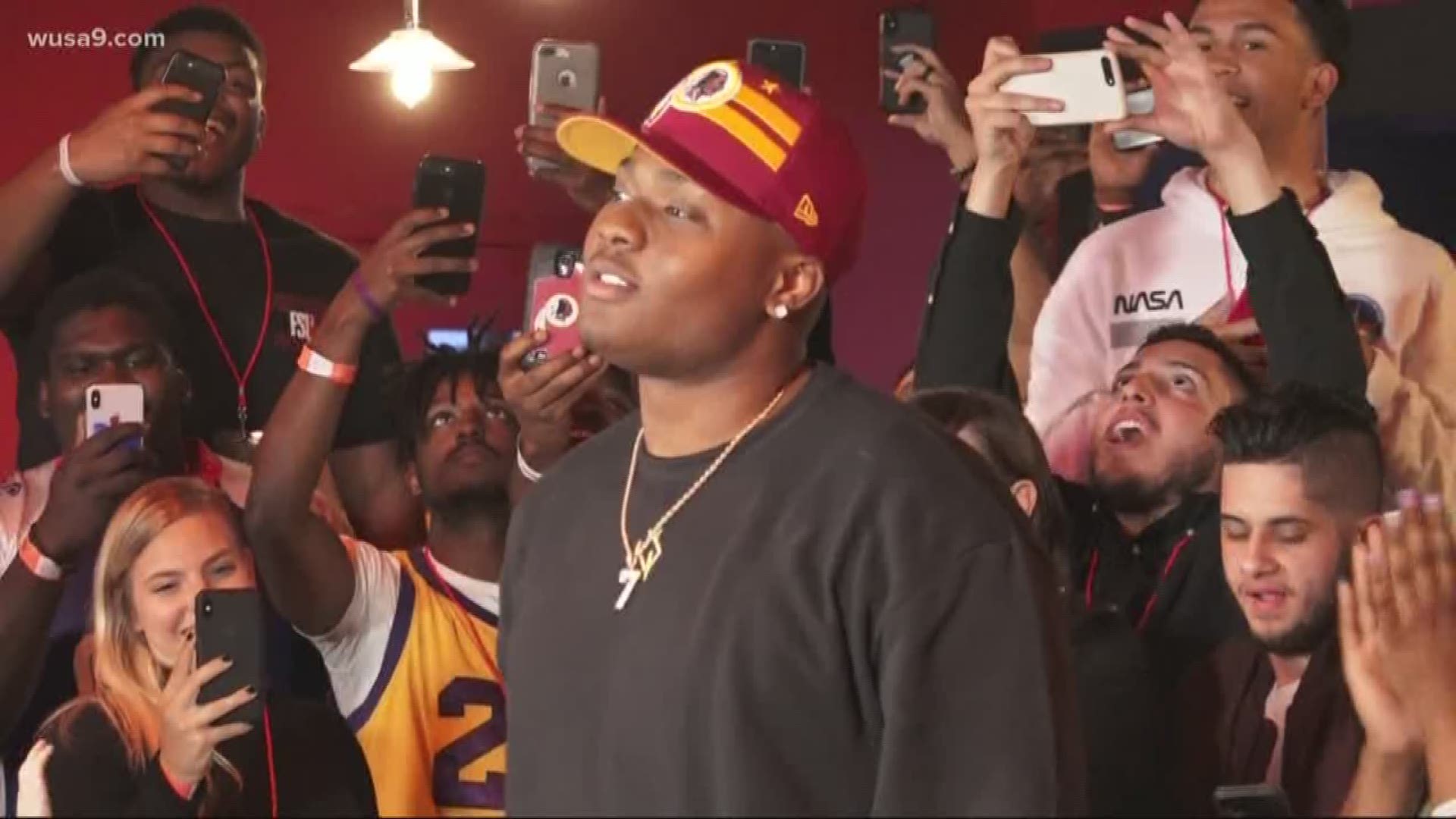 ASHBURN, Va. — Dwayne Haskins hoped he would be able to wear the number 7 jersey for the Redskins, and he got his wish.

Redskins great, Joe Theismann, went on 106.7 The Fan Wednesday morning, and said he had given Haskins his blessing to wear his old number.

The number 7 jersey hasn't been worn in a game since Theismann broke his leg on November 18, 1985.

While Theismann's number was never retired, it had been protected by the Redskins for the last 33 seasons.

With Dwayne Haskins getting the approval of Joe Theismann, that likely will change this season.

For Theismann, the decision was mainly about providing one less distraction as Haskins prepares to take over the reins as the Redskins franchise quarterback.

"I want the kid to be successful," said Theismann on Grant & Danny on 106.7 The Fan. "He doesn't need to worry about 'Well I wish I could have worn a different jersey, I wish I could have worn a number.' If this is one less thing that puts any problems out there or issues out there for him, or statements or comments, let's make his life as easy as possible so that we can get the success from him that we're hoping [for] and expecting."

Some fans are not happy with Haskins wearing the number 7 jersey. They feel that certain numbers should be retired permanently.

Tony from Long Island went into a rant on Grant & Danny about Haskins wearing Theismann's number.

"You put Joe Theismann, who was a Super Bowl MVP, and the first quarterback to win a Super Bowl for this franchise, where he's got to take a call from a mid-first-round pick asking for his number!" ranted Tony. "That is buffoonery!"

We'll get our first look at Dwayne Haskins in a Redskins jersey during rookie minicamp.