“We had 89 wonderful years with my dad. We are not ready to let him go.” 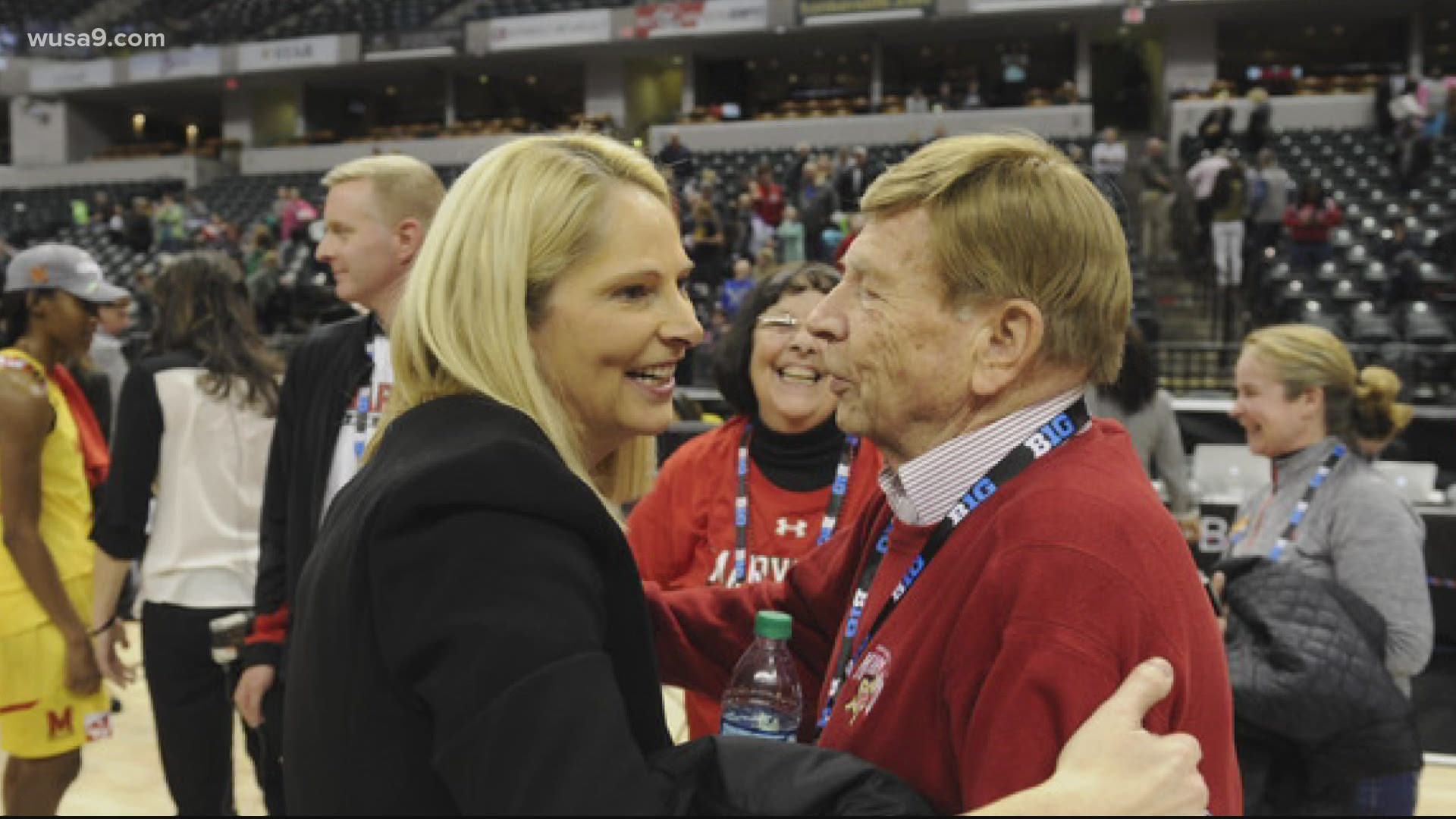 “We had 89 wonderful years with my dad,” said Brenda Frese. “We are not ready to let him go.”

Coach Frese said the cancer has spread to his bones.

Brenda  said her dad has always been her biggest supporter, from attending games as a kid to watching her coach almost every Maryland basketball game.

“I speak to him practically every day. It’s been amazing, the gift and the bond I have with my dad.”

Brenda  was named Big Ten Coach of the Year this season, her fourth time receiving the honor.

She has also led the Terrapins to six conference tournament titles including a NCAA Championship in 2006. However, one of coach Brenda  Frese’s favorite moments was when Maryland won the Big Ten Tournament in 2020 and her father got to cut down the nets.

“I will cherish that moment for a lifetime.”

This isn't the first time coach Brenda  Frese has had a family member battling cancer.

Brenda Frese’s son, Tyler Thomas, had childhood leukemia diagnosed in 2010 when he was 2 and immediately began receiving treatment.

In December 2013, Tyler underwent his final round of chemotherapy and since has been cancer-free. In 2016, Maryland partnered with Play4TheCure to help raise awareness for cancer research. Play4TheCure is a fundraising platform for the National Foundation for Cancer Research.

Maryland is the top seed in this year’s conference tournament and will look to make a deep run in the NCAA tournament. No matter what the outcome is, Brenda Frese says her dad will always be proud

“The other night when he called, he told me how proud he was of me and it doesn’t matter if we win or lose.”