Unseld, Jr. served on the Wizards’ coaching staff from 2005-11 and is the son of Washington Hall of Famer Wes Unseld, Sr. 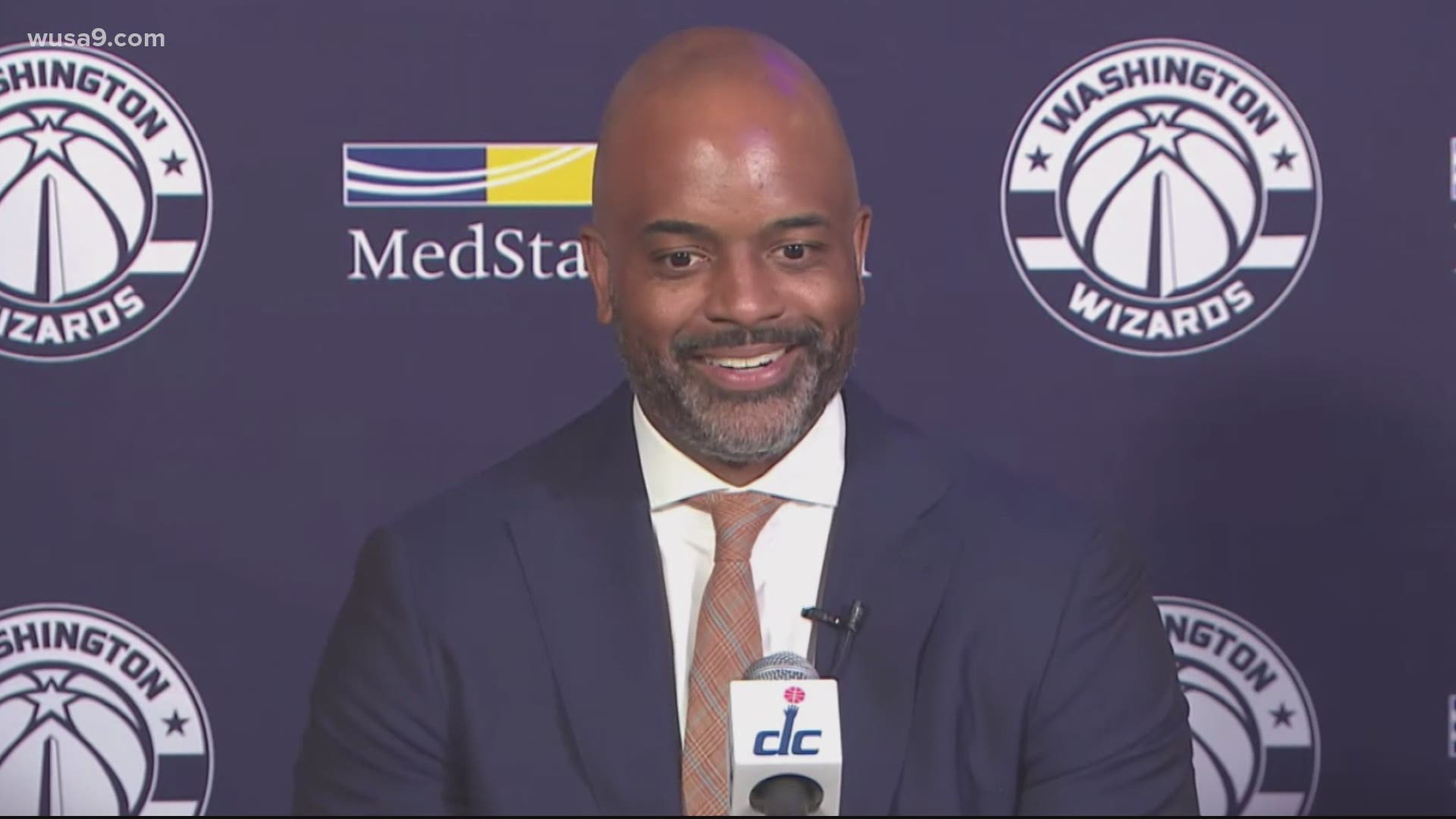 WASHINGTON — The Washington Wizards hired Wes Unseld Jr. as their next head coach over the weekend, according to the team on Twitter after sources close to the team told WUSA9 on Friday that he would become the 25th head coach of D.C.'s NBA team.

The team's plans were to make the official announcement on Friday or on Monday, one source said.

Unseld, Jr. is the son of Wes Unseld Sr., the Hall of Fame and former Bullet. He has been a highly-regarded assistant since originally serving in the role with the Wizards in 2005.

Unseld, Jr. spent 15 years as an assistant coach with the Wizards, Warriors, Magic and currently with the Nuggets. Before that, he worked as a scout for Washington.

Unseld Jr. will replace Scott Brooks, who parted was with the Wizards on June 16, 2021, after his contract expired. The Wizards went 34-38 last season, reaching the playoffs via the Play-in Tournament before losing in the first round to the Philadelphia 76ers.

Wizards General manager Tommy Sheppard said in a statement. “Our organization will always be grateful to Scott for his dedication and work both on the court and in the community over the past five years, and I personally admire and respect how he helped keep our team together during the unprecedented events of the last 15 months.”

The Wizards allowed the most points in the NBA last season and the second-most in the previous two years. They never ranked better than 15th in the league defensively under Brooks

RELATED: Scott Brooks out as Washington Wizards coach after 5 seasons

According to a source, the Wizards were also interested in Milwaukee Bucks assistant Darvin Ham and 76ers assistant coach Sam Cassell. They were both interviewed twice.

RELATED: Gilbert Arenas shares opinion on who should be the next Wizards' head coach