Local surgeons give us their take on Scherzer's injury, and whether there's hope he will be back on the mound this World Series. 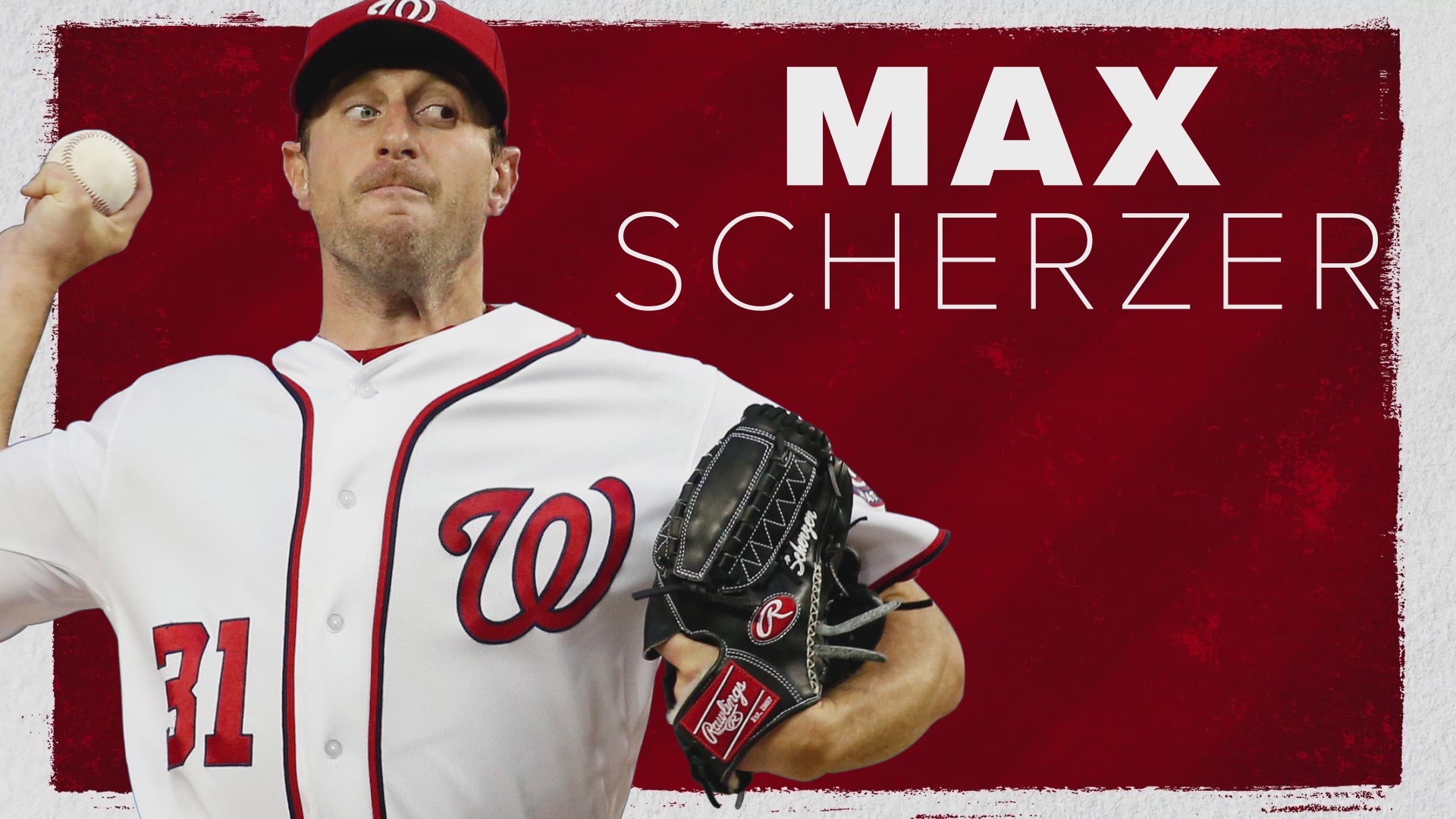 Scherzer told reporters that he was as disappointed as he could possibly be, but pitching would be impossible.

Nationals manager Davey Martinez said Scherzer woke up with painful spasms in his neck and trapeius. The trap is one of the major muscles of the back. The trap's job is to stabilize the shoulder blade.

"The doctors said as long as I have no numbness coming down my arms, you don't deal with any serious long-term damage," Scherzer said Sunday. 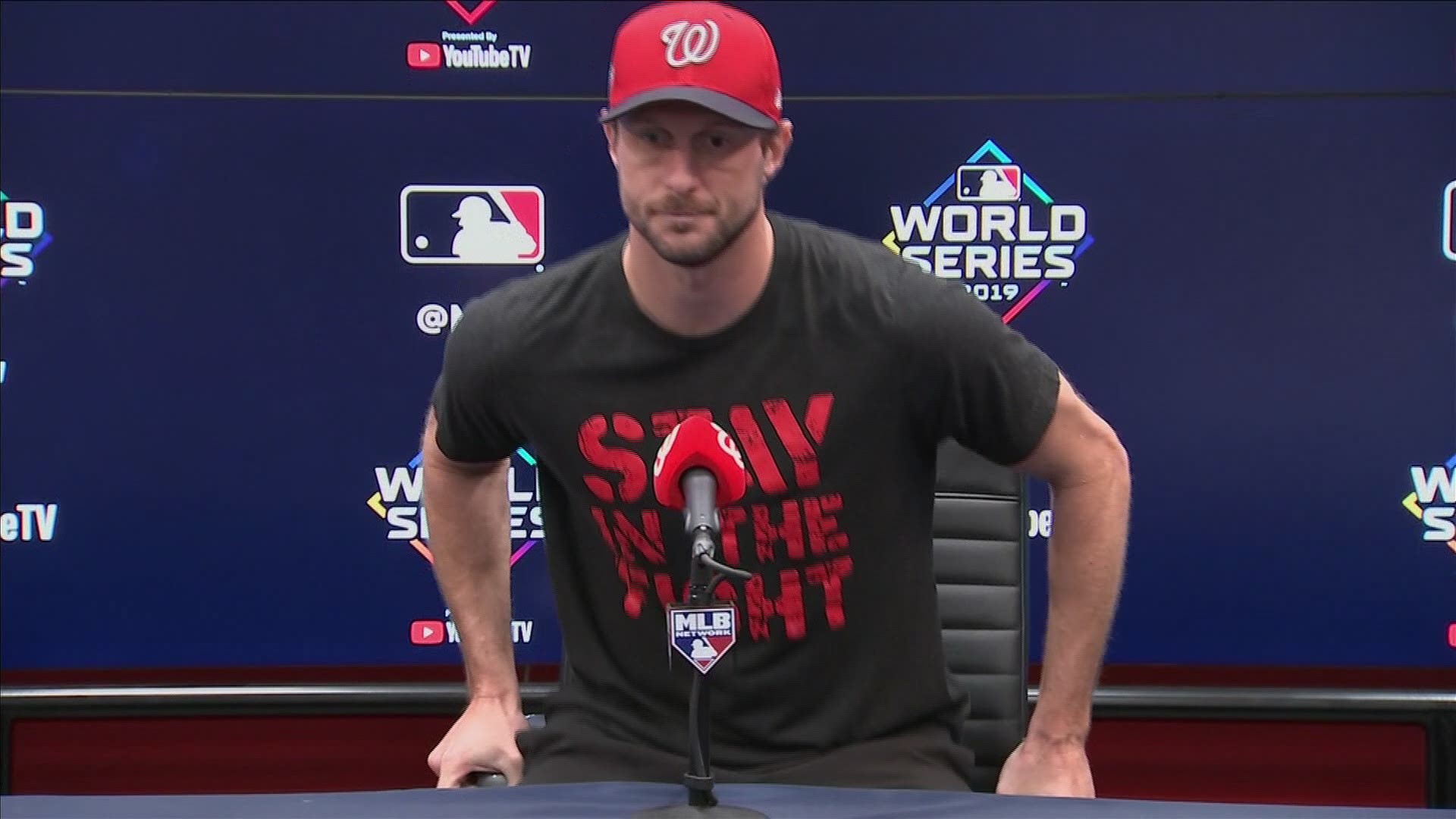 RELATED: 'I can't pick up my arm right now' | Max Scherzer explains how neck spasm kept him out of Game 5

At Baseball Zone in Gaithersburg, there's nothing but sympathy for Scherzer from former ball players. Baseball Zone offers baseball instruction and access to baseball cages for budding players.

"I get texted all the time from other fans that Max is a stud," Baseball Zone's General Manager, and a former college baseball player, James Wingate said. "He performs at the highest level at all times and that's why someone like him is just devastated by this."

Bethesda orthopedic surgeon James Gasho isn't Scherzer's doctor, but played baseball at Stanford. Both as a doctor and former player, he understands why Scherzer sat out Game 5.

"What probably happened in Max's case, he slept wrong and bent over putting pressure on the nerve root," Gasho said. "A pinched nerve is when the two bony areas got close to the nerve, causing the pain that he has. It common to wake up with pain in your neck or arm, to the point that it is so painful you can't lift your arm or turn your head. For your average person, that's bad enough, but for someone trying to throw a 95 MPH fastball, it's impossible."

Scherzer told ESPN that he got a cortisone shot in the irritated area, so it is possible he may be able to play if there is a Game 7 in Houston against the Astros.

Baseball Zone said there's been a huge increase in young people interested in baseball coming to their batting cages, due to the World Series run. 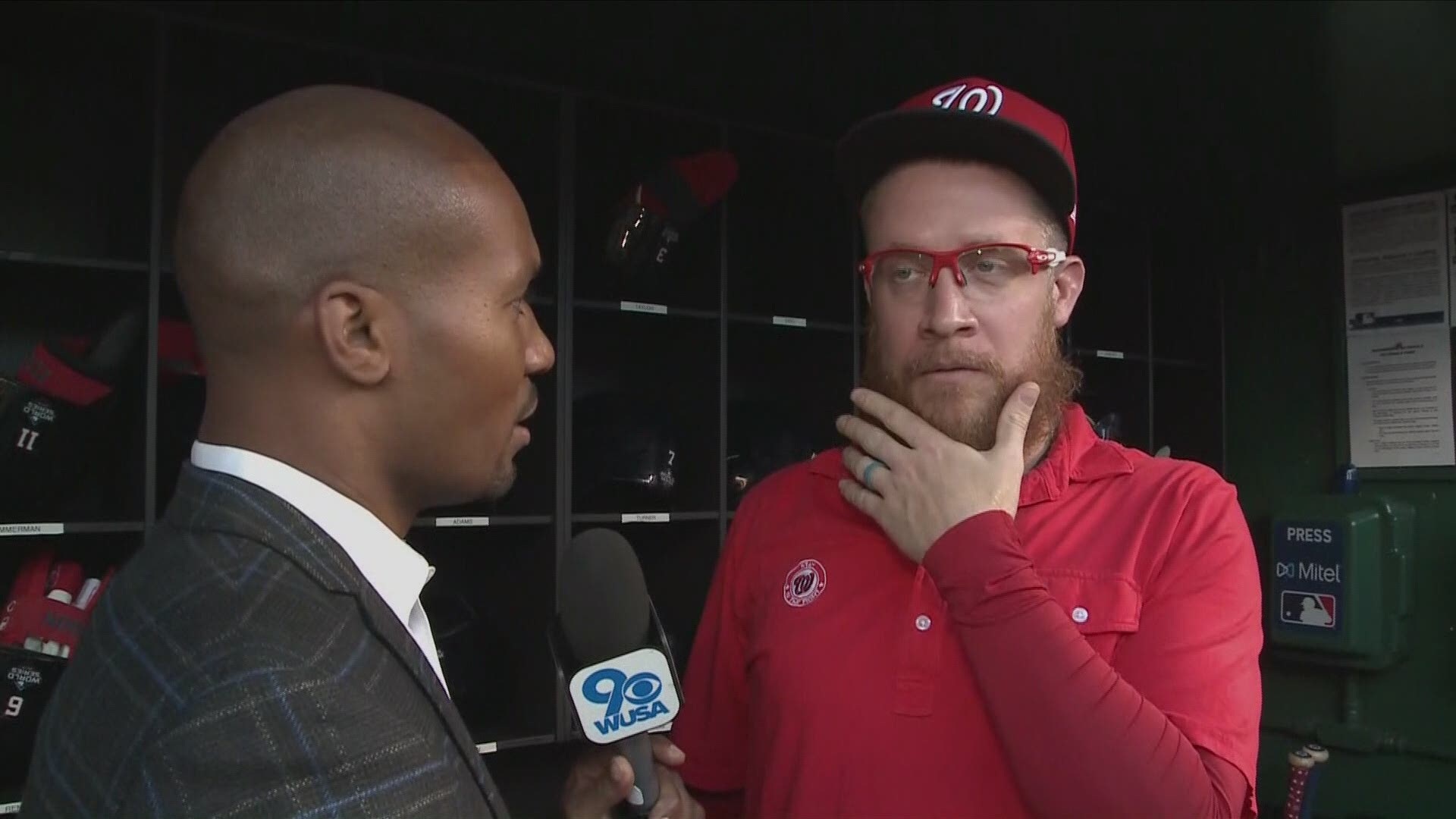