Maryland teacher competing in Tokyo Olympic Games; will be a flagbearer for Dominica

Thea Lafond will represent Dominica in the Olympics while looking to make the Montgomery County community proud. 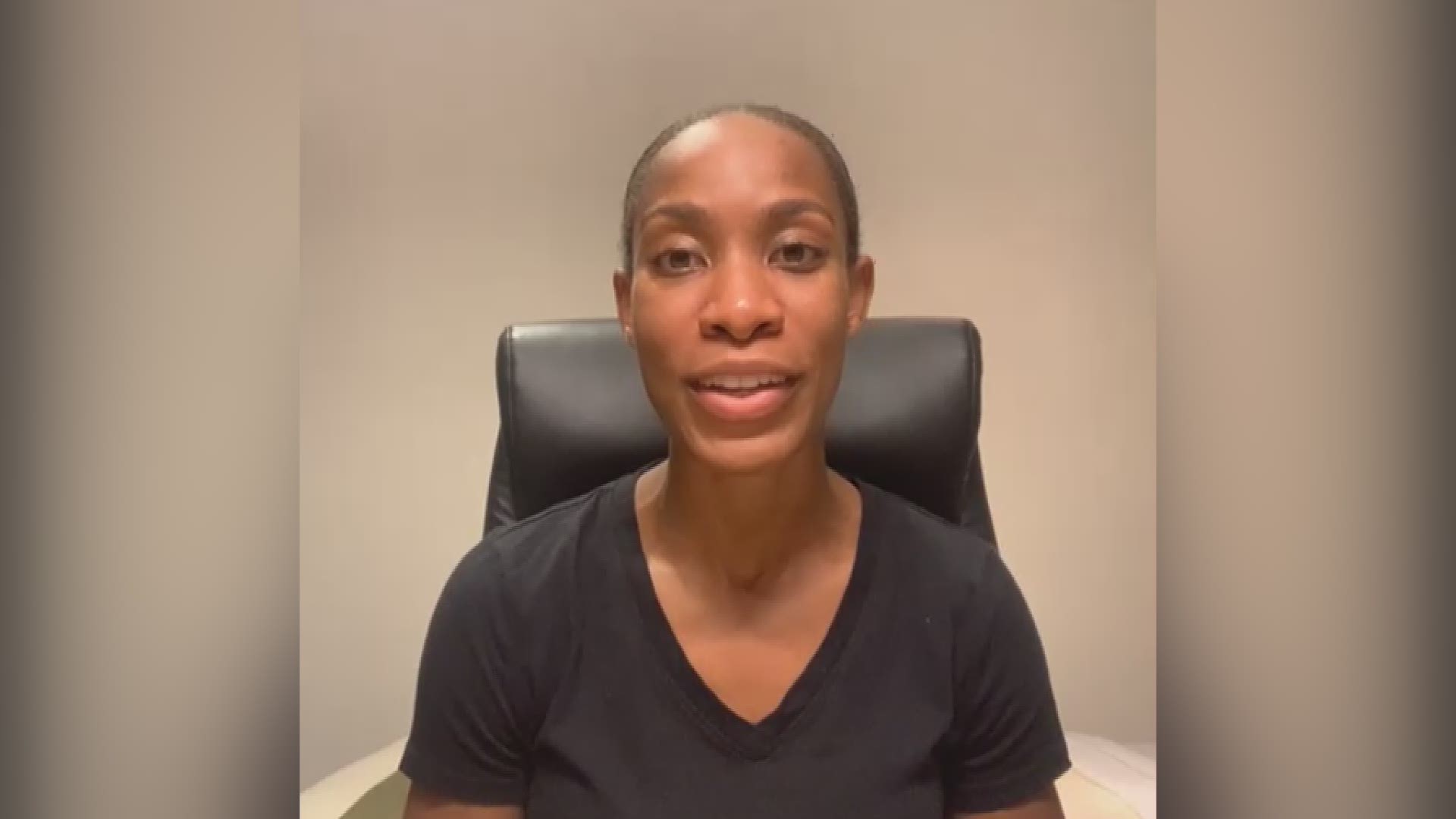 SILVER SPRING, Md. — It's still a shock for Thea Lafond that's she's sitting in Tokyo, competing in the Olympics. It's something she's dreamed about since her youth track career in Maryland.

Lafond spoke to WUSA9 via Zoom from her room in Tokyo, as she prepares to compete in the triple jump in the Olympics. She has been chosen to hold her country’s flag -- from the island of Dominica -- during the Opening Ceremony, Friday.

“Who would’ve known that joining the track and field team at John F. Kennedy high school my freshman year, just because my friends were doing it, would turn into this,” said Thea Lafond.

Lafond was born on the small island of Dominica, she moved to Maryland when she was 5 years old, and calls Montgomery County home. When she’s not training for the Olympics, this 27-year-old is teaching special education at John F. Kennedy high school, the same high school she graduated from.

"This past school year, I only taught for the first semester. I asked the Montgomery County Public Schools if I could have permission to do an extended leave to focus on the Olympics and thankfully, they allowed me to, so a huge thanks to them,” said Lafond.

RELATED: Big names from the DC area will compete in Tokyo Olympics. Here's what you need to know

Lafond said she wants to make her friends and family proud. She’s not feeling a lot of pressure just yet and is just grateful for the opportunity. This will be her second Olympic Games. She competed in 2016, but injured her hamstring prior to competing and struggled throughout the competition in Rio.

“Right now, I’m just kind of excited to have the world together in some sort of way after the crazy few months we’ve had,” said Lafond.

The COVID-19 pandemic is still a huge concern in Tokyo, and Lafond admits she had some reservations about competing in these Olympic Games.

“I was quite apprehensive about it. COVID-19 actually took two of my loved ones away from me in a span of two weeks. But I did know that the staff here hosting the Tokyo Olympic games were doing everything in their power to make sure it was safe,” said Lafond.

“It’s just such an honor to be able to represent this little gem in the Caribbean, Dominica, and show the world and represent for the world what we can do. This is going to be a memory of a lifetime and I can’t wait to make it,” said Lafond.

Lafond will first compete in the Tokyo Olympic Games on July 30th.