While Dwayne Haskins has improved as the Redskins quarterback in the last few weeks, he won't play against the Cowboys after suffering a high-ankle sprain on Sunday. 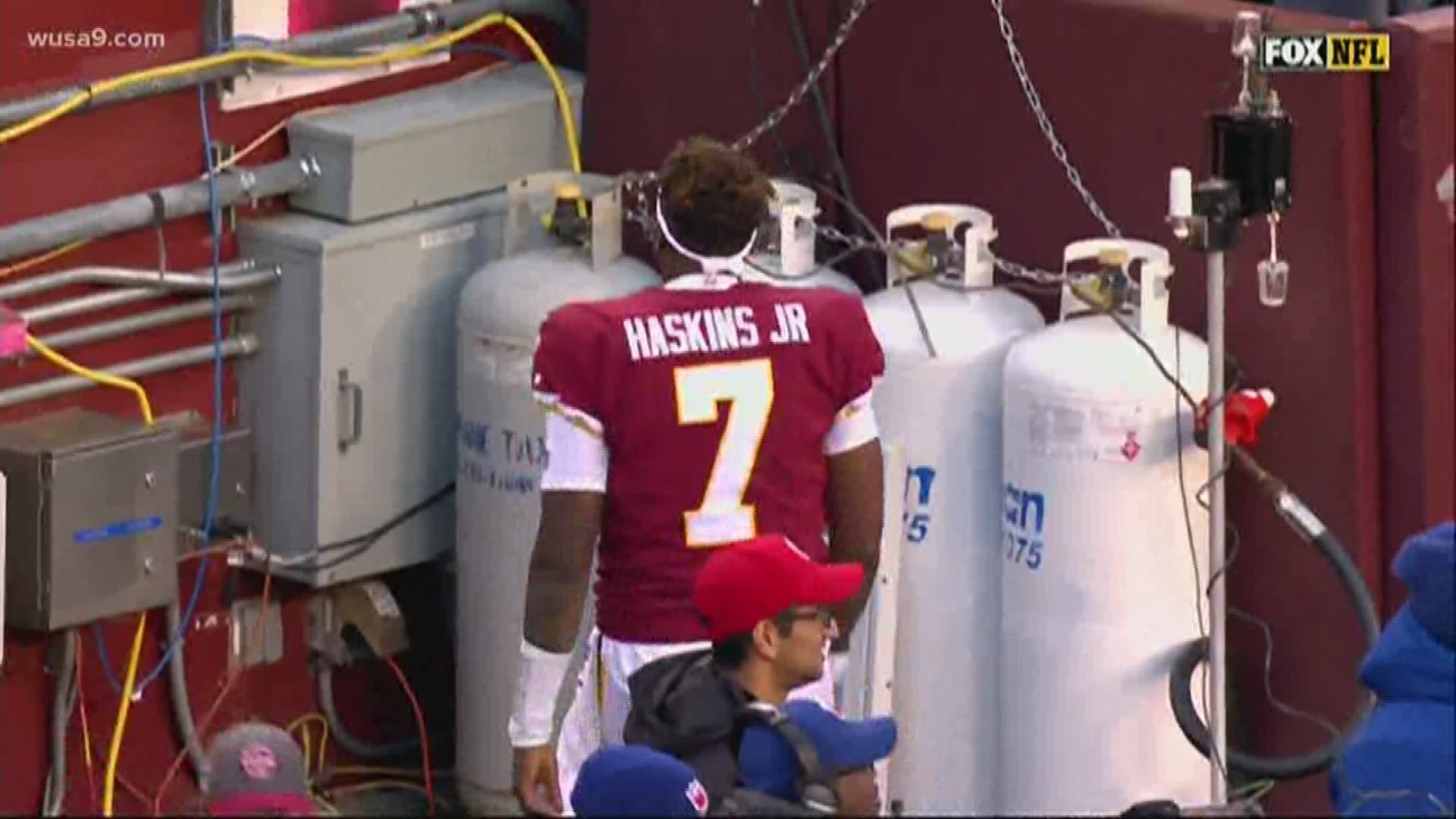 The move by the Redskins to sit Haskins comes after he suffered a high-ankle sprain in last Sunday's 41-35 overtime loss against the New York Giants.

Haskins was replaced by quarterback Case Keenum after being removed from the game following a sack at the start of the second half. While Haskin's wanted to come back, team personnel advised him not to.

With the 22-year-old's season now over, Haskins stats for 2019 includes a 58.6 completion percentage, 1,365 passing yards, seven touchdowns and seven interceptions.

The Redskins took Haskins with the 15th pick of the 2019 NFL Draft out of Ohio State. In his final season with the Buckeyes, he was a Heisman Trophy finalist and was the Rose Bowl MVP for his game-winning performance over the University of Washington.

Haskins' first season with the Redskins included him being at times the third-string quarterback behind Keenum and Colt McCoy, the firing of former head coach Jay Gruden, plus a turbulent relationship that played out in the national media between his team and its star left tackle, Trent Williams.

While it was not an ideal start for the rookie, Haskins improved a lot to end the season, picking up his first win as an NFL pro when he faced the Detroit Lions on Nov. 24.

Haskins also found comfort with a familiar face in Redskins rookie wide receiver Terry Mclaurin, who played with Haskins at Ohio State. Their familiarity helped Haskins have career highs in passing yards (261) and passer rating (121.3) in a losing effort to the Philadelphia Eagles on Dec. 15.

The Redskins (3-12 overall) will take on the Cowboys (7-8 overall) in Dallas on Sunday in a game that could help decide the NFL East division. To clinch the division, the Cowboys need a win over Washington and for the Eagles to lose against the Giants.

While it is not known who will start for the Redskins between Keenum and McCoy, the likely candidate it Keenum, who has started seven games for Washington in the 2019 season.