Redskins running back Derrius Guice's season ends after being placed on injured reserve. 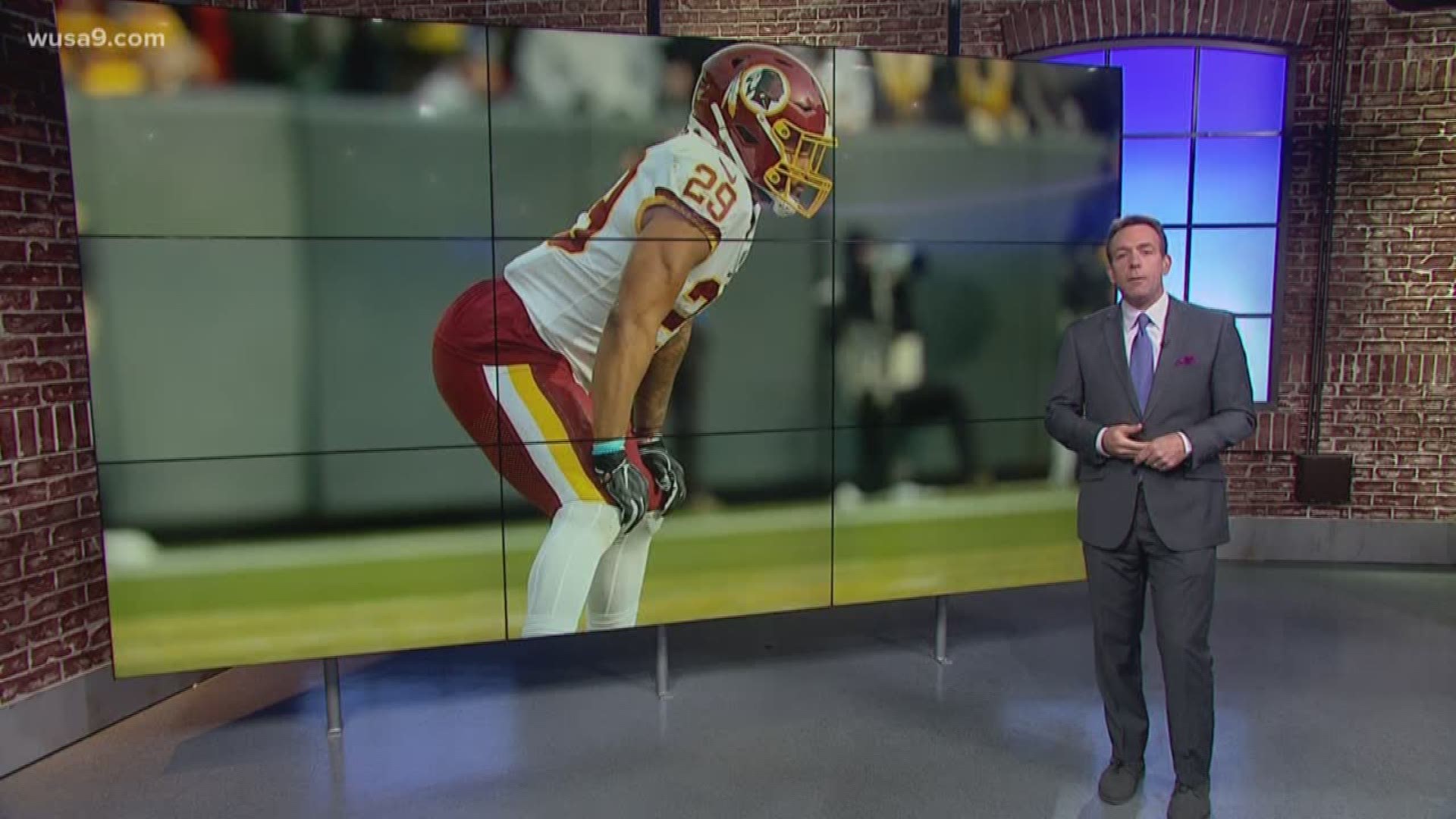 Guice, who suffered a knee injury during the second quarter of the Redskins game against the Packers, was placed on the reserve/injured list Tuesday.

The second year running back has yet to play a full season in the NFL due to multiple knee injuries.

Derrius Guice missed the 2018 season after he tore his ACL in the preseason.

The running back made his NFL regular season debut in the 2019 season opener before suffering a meniscus tear against Philadelphia. Guice was placed on injured reserve after having surgery and missed eight games.

When he’s been on the field, Derrius Guice has shown why the Redskins drafted him in 2018.

The second year back is second on the team in rushing with 245 yards on 42 carries in just 5 games.

Without Guice, expect veteran Adrian Peterson to shoulder the load in the final three games.

The Redskins have placed more of an emphasis in the running game under interim head coach Bill Callahan.

Peterson has averaged just under 70 yards per game on the ground since Callahan took over.

While Jay Gruden was the head coach, Adrian Peterson averaged only 27 yards per game on the ground and was inactive in the Redskins’ season opener.

The Redskins host the Eagles Sunday, before finishing out the season with games against the Giants and Cowboys.