After overcoming a near COVID-19 shutdown, Georgetown University baseball is back, and building ties in the community

The teams inaugural "Practice with the Hoyas" clinic draws more than 100 kids, most from underserved DC communities.

WASHINGTON — When the Georgetown University Baseball team took the field on Columbus Day, their mission wasn't to beat the other team. Instead, the college students were tasked with introducing the sport to more than 100 kids, many from underserved communities in wards 7 and 8.

“It was called ‘Practice with the Hoyas'," Georgetown University head baseball Coach Edwin Thompson said. “I've done it at pretty much every school I've been at where we’ve had some sort of community outreach in underserved areas.”

The free clinic was open to children in eighth grade and younger. Players and coaches were masked, and the event included games, skills instruction and giveaways. Thompson said the goal was to connect the Georgetown University baseball program and the university itself to the D.C. community.

“That was the big picture,” Thompson said. “And it was one that I think our [players] really appreciated, just because they didn't have that last year. And then in the same way the kids that were coming, didn't necessarily have this a year ago. And so that part of it, it did make it special.”

A Season on the Brink

Last year at this time, “Practice with the Hoyas” wasn’t a possibility - college baseball wasn't even happening amid the ongoing COVID concerns.

Thompson was hired to take over the Georgetown University baseball program in September 2020, when the pandemic was still at its peak. Colleges were virtual, and many athletics programs were put on hold.

After seeing their season canceled in spring 2019, Georgetown University baseball players faced the threat of a second lost season when university administrators nearly canceled in-person baseball activities, including games and practices, for a second straight year.

“I wasn't worried about reputation or anything of that nature,” Thompson said of the GU baseball program, which Thompson said dates back 150 years. “I think the biggest thing is, I just felt for the kids. Like anything that's what we do it for. And so those guys that already missed a year, some guys had come back. And it was very challenging for them. And just trying to get them anything we could was really the positive. And so it was just gracious of our university and our folks to allow us to come back.”

Thompson said after a fully virtual offseason with this staff and players, in-person practices resumed March 27. It was the first time Thompson met his team in person. The team played its first game 10 days later.

“So, once we got the green light, it was just getting to know (players) names on the bus and try to make sure I wrote out a lineup that kind of made sense,” Thompson said with a laugh.

Unfortunately, the results on the field reflected the hurdles the baseball team endured with the team scratching out a 6-25 record in 2021.

“Even though it was unique and it was a challenging year, it was one that they'll never forget,” Thompson said. “And we had a lot of fun times sprinkled in there.”

“My vision is to impact our community.”

The challenges the Georgetown University baseball program overcame during the height of the COVID-19 pandemic is ultimately something Thompson said brought his team closer. He said it’s also part of what made his initial “Practice with the Hoyas” event so unique.

“Ultimately you know, I want to be D.C.’s favorite college baseball team, to be honest, and I want the area and the DMV to know that that we're here and that the baseball is strong," the coach said.  “We're trying to take the program to places it hasn't gone from a baseball on-field success standpoint. And ultimately part of that is just being out there and showing up to events and helping out in different areas that we can.”

Thompson said his goal for the Georgetown University baseball program is to impact the local community while showing his players that giving back is an important component of being a good classmate, teammate, and ultimately, a good person.

He believes this year's s“Practice with the Hoyas” event did just that.

“And I think we have about 100 new fans plus their families are going to come out to some games in the springtime,” Thompson said with a smile.

Thompson said he plans to hold future “Practice with the Hoyas” clinics in Maryland and Virginia but those details have yet to be posted. You can find information about upcoming Georgetown University baseball clinics and camps by clicking on this link. 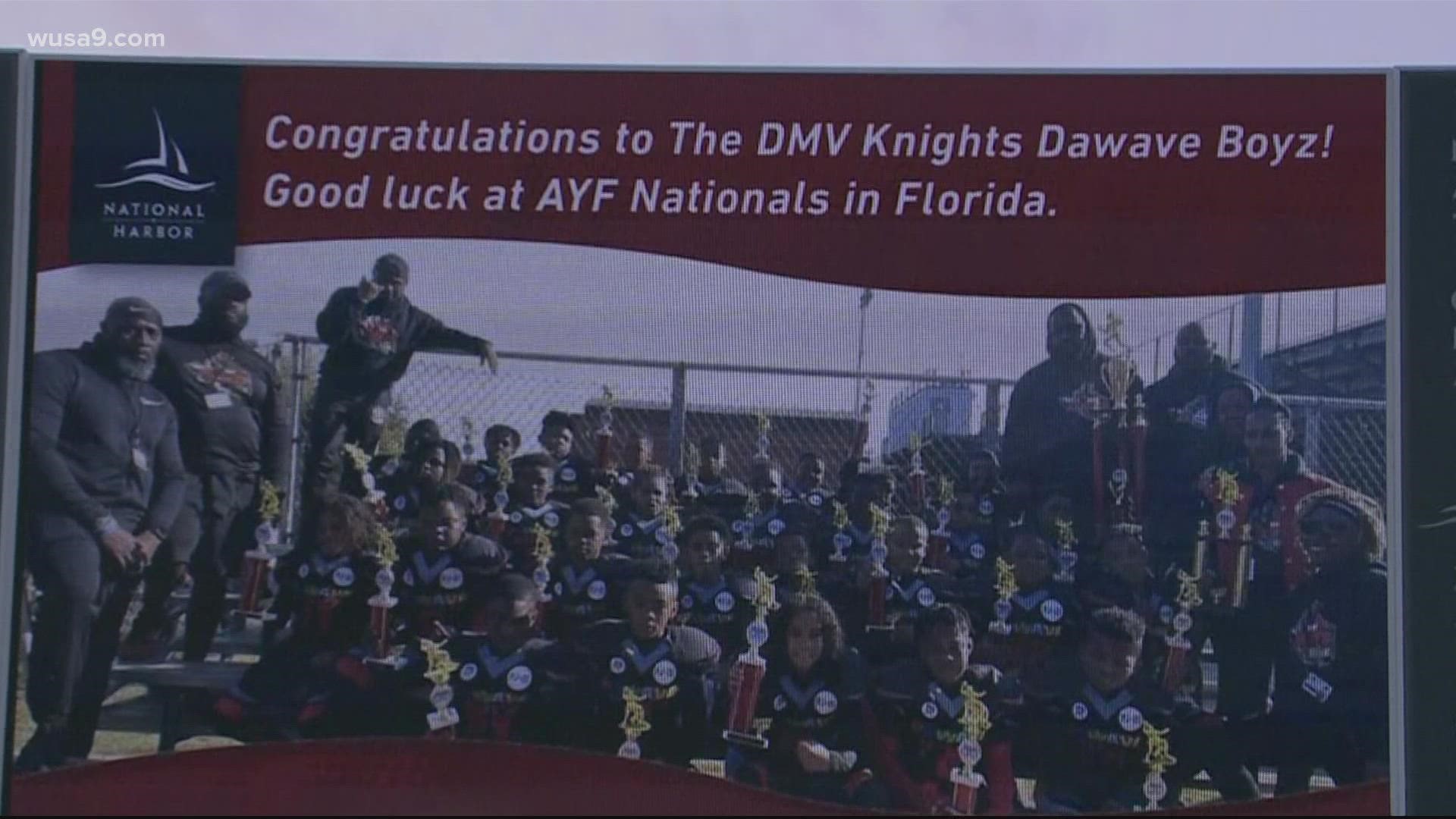