DC United legend Jaime Moreno was hit in the eye by his own golf ball. A friend said Moreno could have permanent eye damage or need surgery to remove the eye. 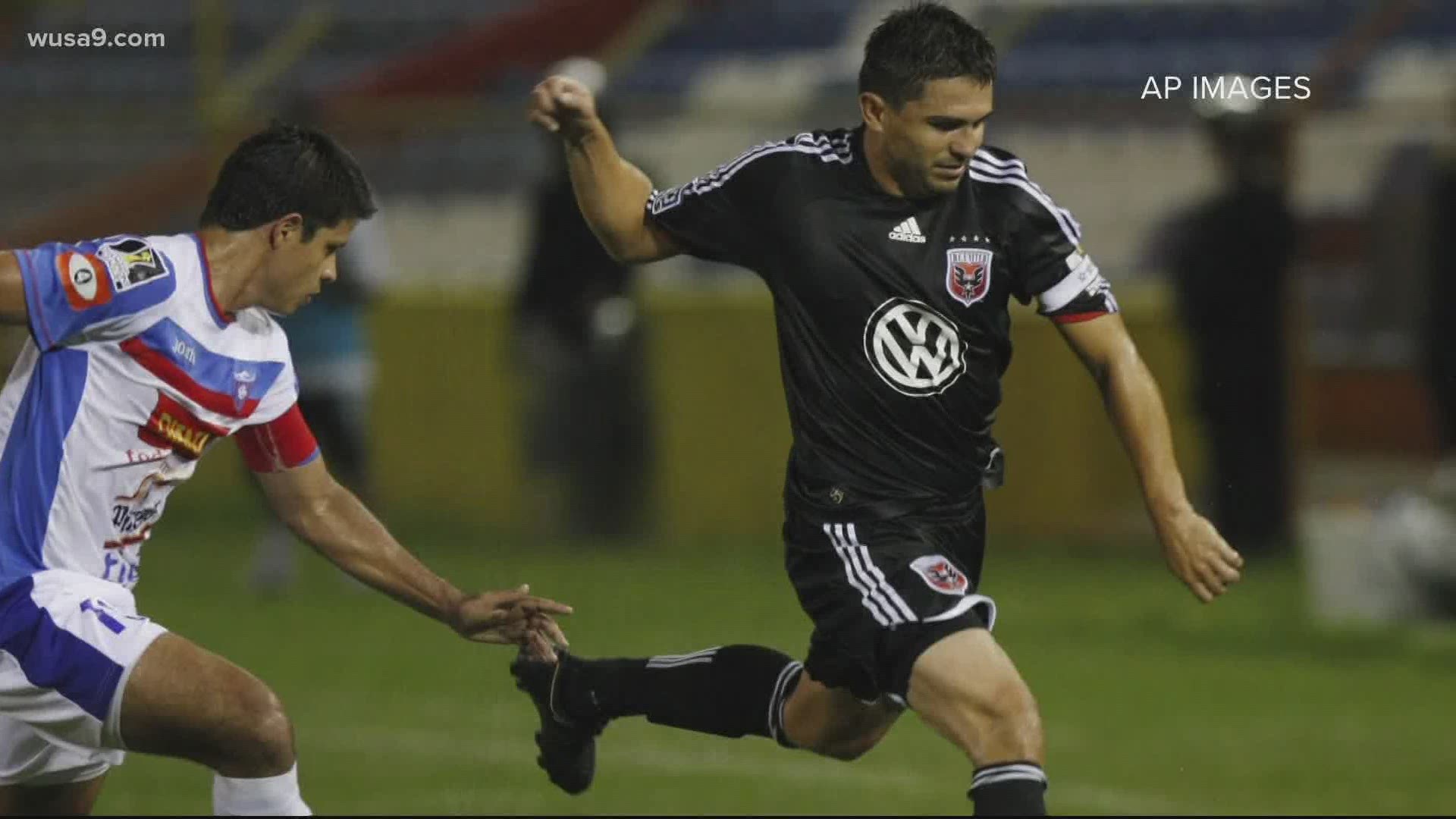 The accident took place when Moreno was hit in the eye by his own golf ball after it struck the edge of a cart path and bounced back.

According to his friend, Oscar Zambrana, the incident left Moreno unable to see from his eye and with other facial injuries.

"The only thing he remembers is hitting the ball and then dropping on the floor because he was bleeding from the eye," Zambrana said. "It was one of those accidents like winning the lottery, because you don’t hit yourself.”

Moreno is now home from the hospital but faces a long road of recovery.

RELATED: Nashville out of MLS tournament after 9 players test positive for COVID-19

Zambrana told WUSA that the injury could leave Moreno with permanent eye damage or potentially needing his eye removed.

"The next step is surgery," he said. "That ball travels very fast. It did a lot of damage not only to the eye but the surrounding area.”

Following the accident, Zambrana organized a GoFundMe page to raise money for Moreno. Zambrana said the former DC United player does not have health insurance and the accident left him with a heavy medical bill. As of Friday evening, the effort had raised over $20,000.

"We started with $20,000 and I kind of raised it up a little bit," Zambrana said "I’ve seen a lot of people that used to be in the front office making donations.”

Zambrana said that he was also working with DC United legend Marco Etcheverry to raffle autographed jerseys for Moreno's cause.

More information on the GoFundMe effort can be found here.