D.C. United said no other players of staff have tested positive, and that no front office personnel or recent visitors to Audi Field are at risk. 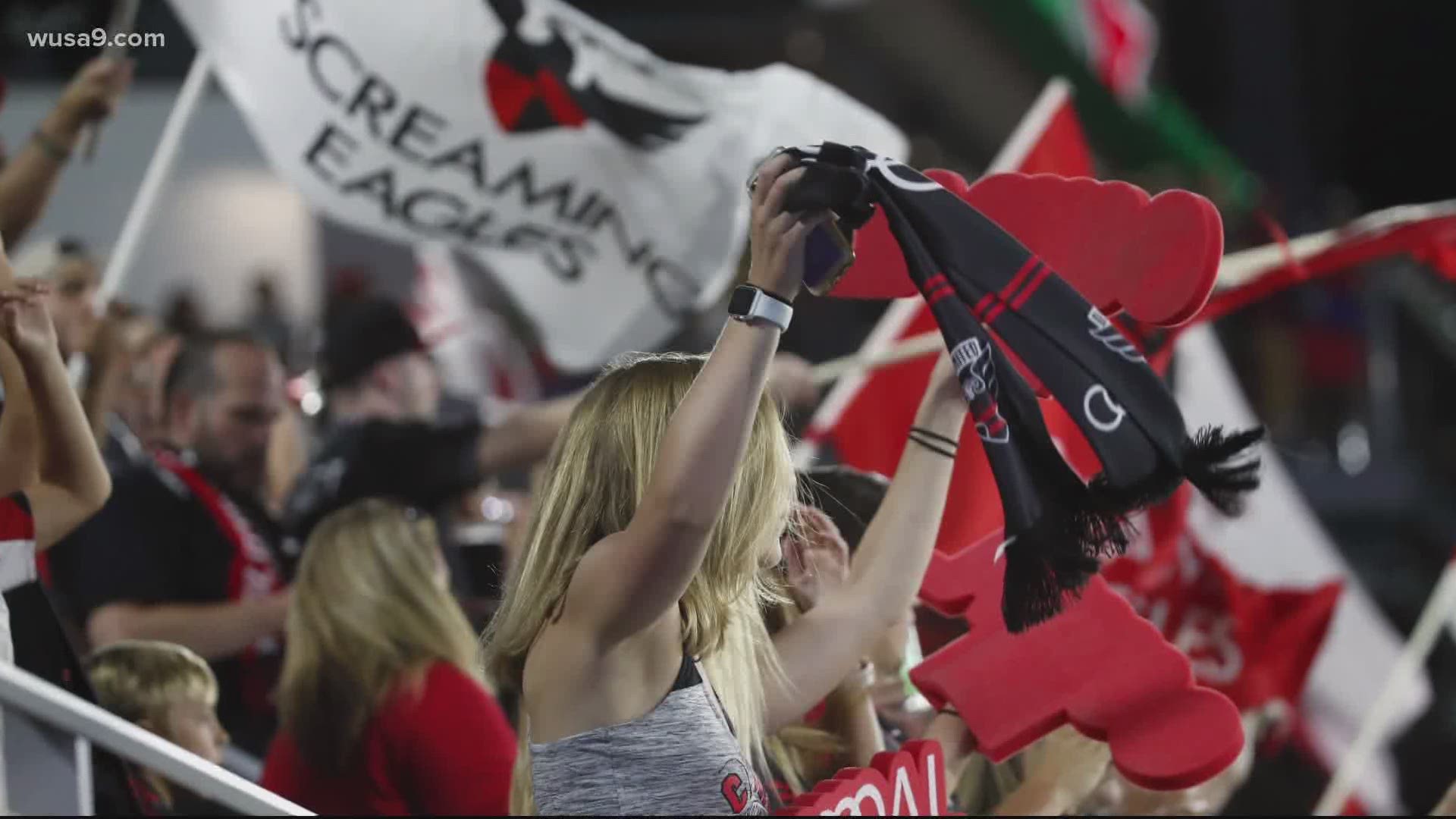 WASHINGTON — D.C. United confirmed Saturday that a player on its team tested positive for the COVID-19 coronavirus.

At this time, the player's name has not been identified or released by the team.

The player tested positive earlier this week as part of the process Major League Soccer (MLS) is using to start back up training for its players, said the team in its statement.

D.C. United said no other players of staff have tested positive, and that no front office personnel or recent visitors to Audi Field are at risk. Some players were at the field for a demonstration in support of protests over police brutality in the African American community.

"In response to the positive test, D.C. United medical staff have been working directly with local infectious disease specialists to treat the player, who is observing appropriate isolation protocols," said D.C. United in its statement. "Throughout individual player workouts and small group training sessions, D.C. United adhered to proper physical distancing and sanitization protocols, and no other players or staff have tested positive or presented symptoms."

Some D.C. United players, such as Chris Odoi-Astem, have been a part of marches in the District. He even told the MLS that the message and protests outweighed his worries of contracting COVID-19.

The MLS has been one of the first U.S. based sports leagues to start back training for its athletes and teams.

All 26 teams have started making preparations to restart their seasons in July. The league had originally suspended its season on March 12 amid the pandemic outbreak across the country.

Right now, NASCAR and professional golf (PGA) are two of the bigger sports leagues to have started play already. The NBA and MLB are still working out logistics on how to start back play.

WUSA9 will continue to report the coronavirus case within D.C. United's team and will update this story with more information as we get it.

RELATED: US Soccer repeals ban on kneeling during national anthem

RELATED: MLS to restart its season with tournament starting July 8