It will be the first time the 31-year-old Maryland native has made the US Olympic Team. 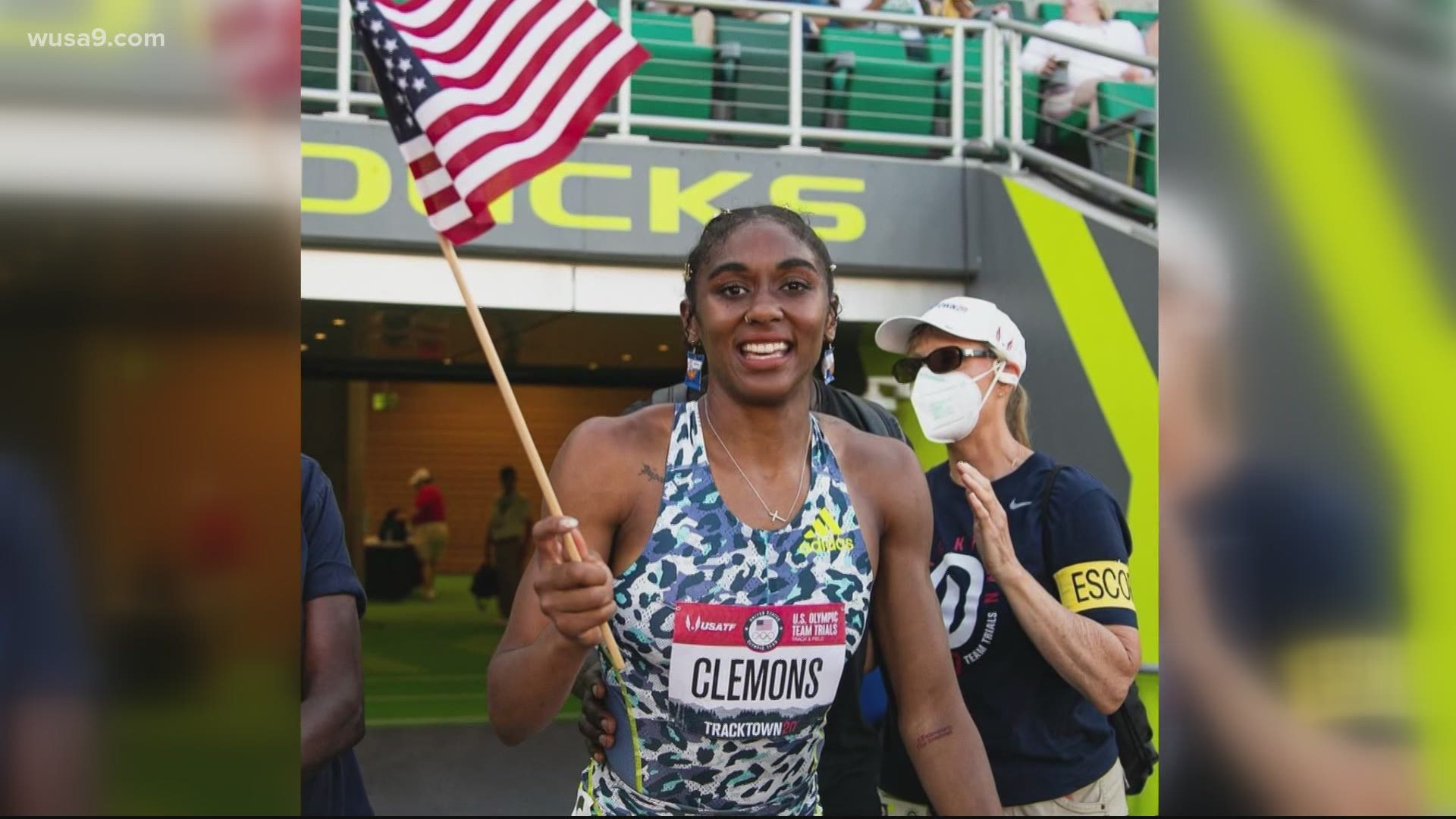 WALDORF, Md. — Christina Clemons from Waldorf, Maryland finally made the Olympics after finishing third in the U.S. Olympic Track & Field Trials being held in Eugene, Oregon, on Sunday.

The Maryland native's third-place finish in the 100-meter hurdles became a viral moment on Monday because Clemons was wearing Doritos earrings during the race that will send her to Tokyo in July.

The 31-year-old professional runner, who went to Ohio State University after graduating from Westlake High, went to Twitter on Monday playfully asking fellow Twitterers to help her get a sponsorship with the company.

"I made the Olympic team wearing a bag of Doritos on my ears," she tweeted. "Twitter, I need y’all to do your thing! We need to blow Doritos mentions UP."

I made the Olympic team wearing a bag of @Doritos on my ears. Twitter, I need y’all to do your thing! We need to blow Doritos mentions UP 🙌🏾😂 pic.twitter.com/bGyiEcqiOD

Clemons persevered to make the Tokyo Games after rupturing her Achilles tendon and not finishing high enough in the U.S. Olympic Trials five years ago before the 2016 Rio Games.

"I was on such a high ... I got no sleep last night," Clemons said to WUSA9's Darren Haynes on Monday after she placed in the Olympics. "Just knowing that I'm going to Tokyo to represent the U.S.A. and do what I love ... it's an amazing opportunity."

It is still a surreal moment for Clemons, she admitted in the interview, and said that because of how busy Monday has been following the good news, she is still processing everything and "taking it all in."

Clemons won't have too much time to take it all in before heading to Tokyo in July. The Olympic Games will start on July 23.