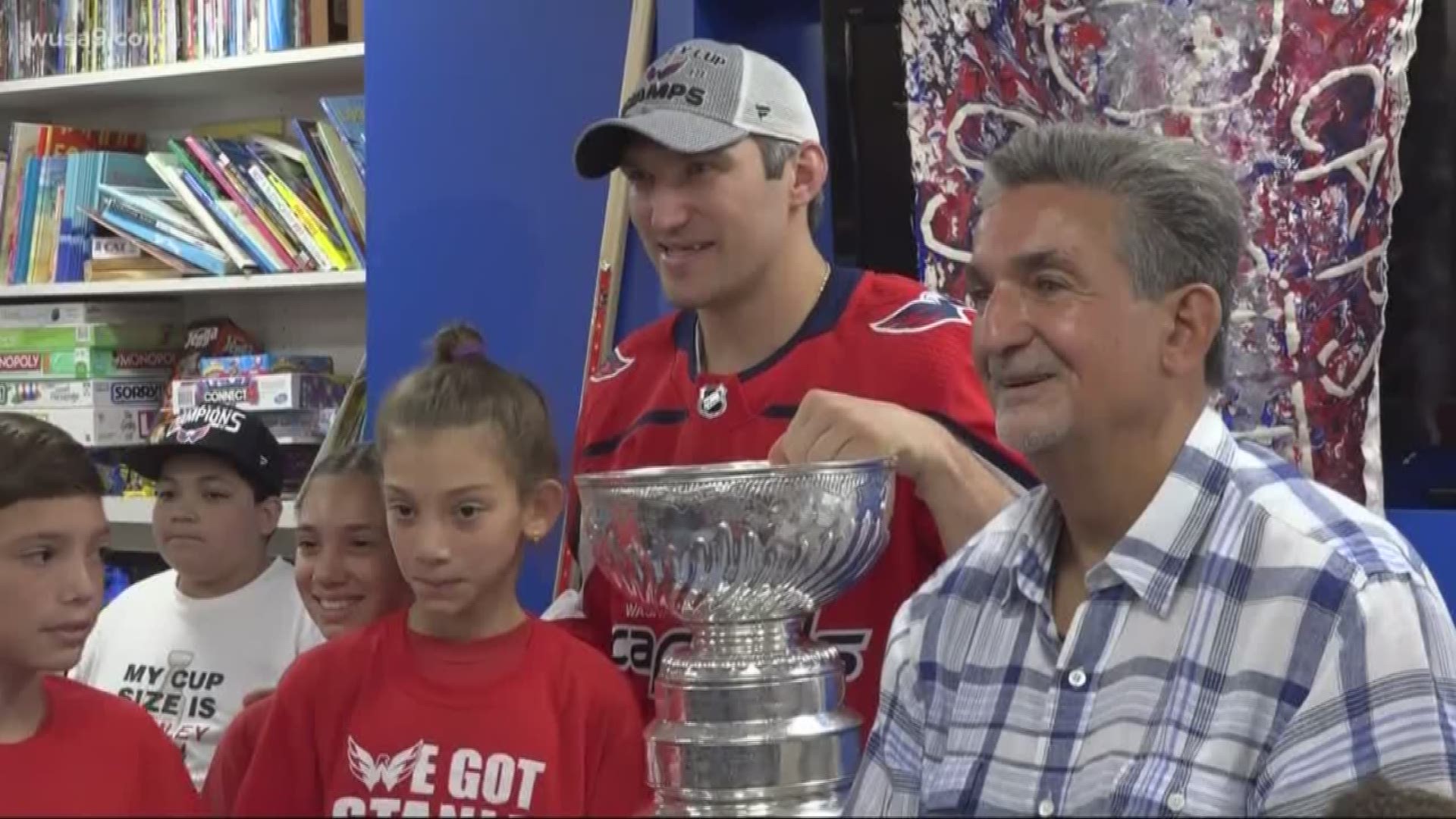 While Leonsis and Ovechkin are at the hospital, they visited with patients and met with children in the Pediatric Hematology/Oncology Clinic.

You can watch some of their visits below:

RELATED: Searching for the Stanley Cup after the Caps' victory parade

The Caps are coming off their best season since they team came to D.C., winning the first Stanley Cup in franchise history.

With the NHL season officially over, Caps players will have the opportunity to have their own time with the Cup.