Searching for the Stanley Cup after the Caps' victory parade

Caps fans flocked to Twitter trying to find the Stanley Cup's post-parade, after-party location. We assigned a reporter to do the same. 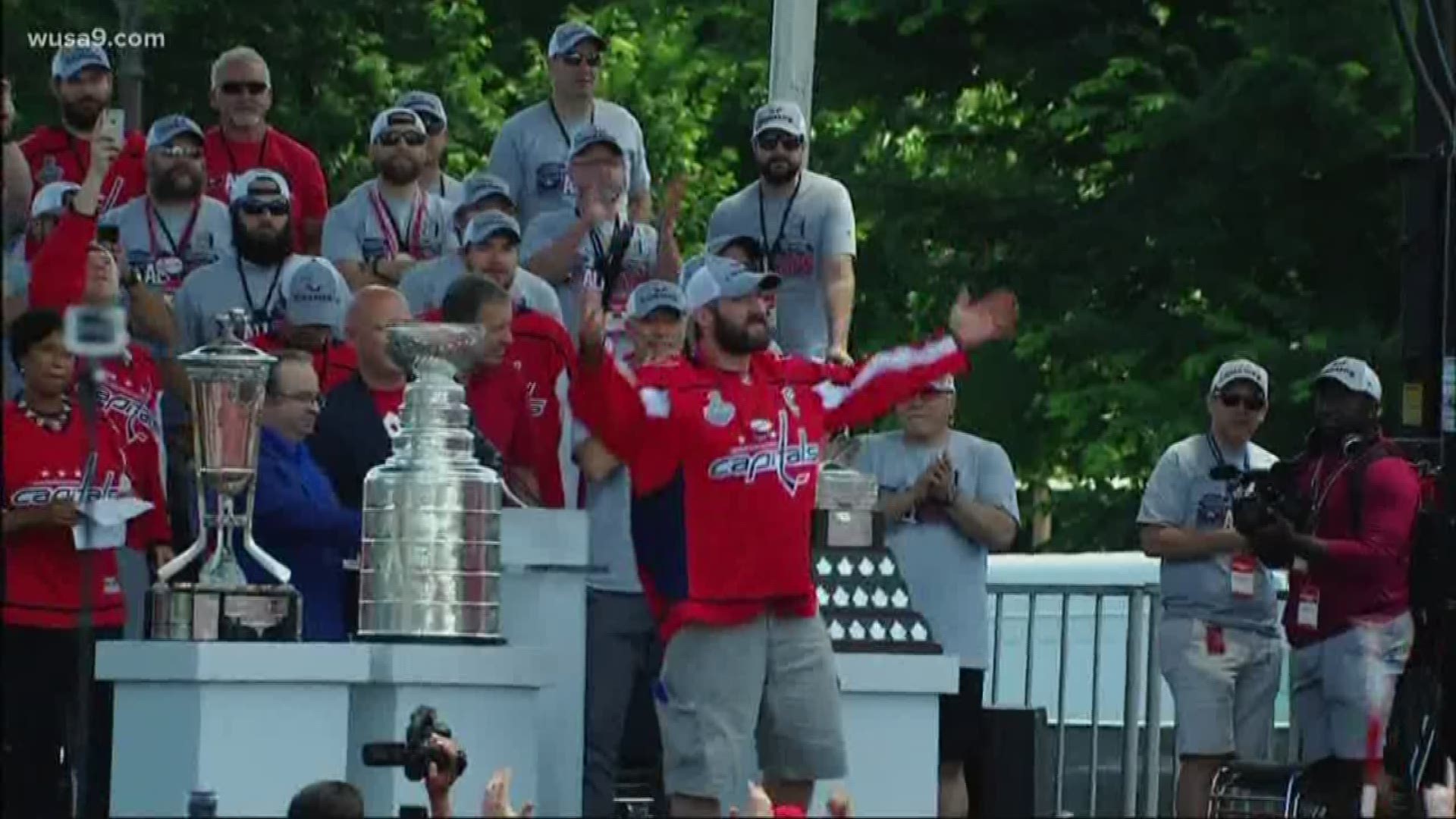 WASHINGTON - The Washington Capitals Parade wrapped up on stage at about 2:30 p.m. with a team photo. Then social media blew up with fans trying to figure out where he team--and the Stanley Cup--was headed next.

There were rumors on Twitter that led her to the Wharf.

"That's the word on the street, everybody said it was coming through here, we came to post up!” shouted Ned Lockwood, from Bethesda.

He and his friends, along with tons of other strangers, packed Hanks Oyster Bar at The Wharf after a tweet sent out read, “CONFIRMED: @Capitals will be heading to HanksOysterBar."

“That's what I've been told. It was their nutritionist that goes and checks out places for them to go before they get there," said Hank's Oyster Bar owner Jamie Leeds.

Hanks was the Caps' chosen spot, and their loyal flock followed.

"They were supposed to be here, but they're not here yet,” said Radames Arocho, of D.C.

“We are so waiting on the Stanley Cup. We want to see it in person!" Dianica Knox shouted.

So did reporter Stephanie Ramirez.

RELATED: Capitals Alex Ovechkin predicted this: 'We're not going to be suck this year'

Then, she saw the update. A tweet from the bar read: "Looks like they partied too hard and won't be making it down."

UPDATE: Looks like they partied too hard and won’t be making it down to the wharf, but we’re going to keep the party going. Thanks for being such loyal fans!

Ramirez was devastated and so were the fans.

"Absolutely I want them to come!” shouted Arocho. Still, the fans are so loyal, they helped turn our reporter’s frown upside down.

"They deserve it!,” Arocho said. “They absolutely deserve it. Of course, party on!"

“I'm just happy to be here. I'm happy to be in the moment. You know, it's been a long time since D.C. sports have been represented like this,” said Greg Tabb of Bethesda, Maryland. “It's amazing to have the community, and the love that we have right here. And all we can say is we love D.C.!

According to some tweets, Lord Stanley's Cup later made it to The W Hotel’s rooftop bar.