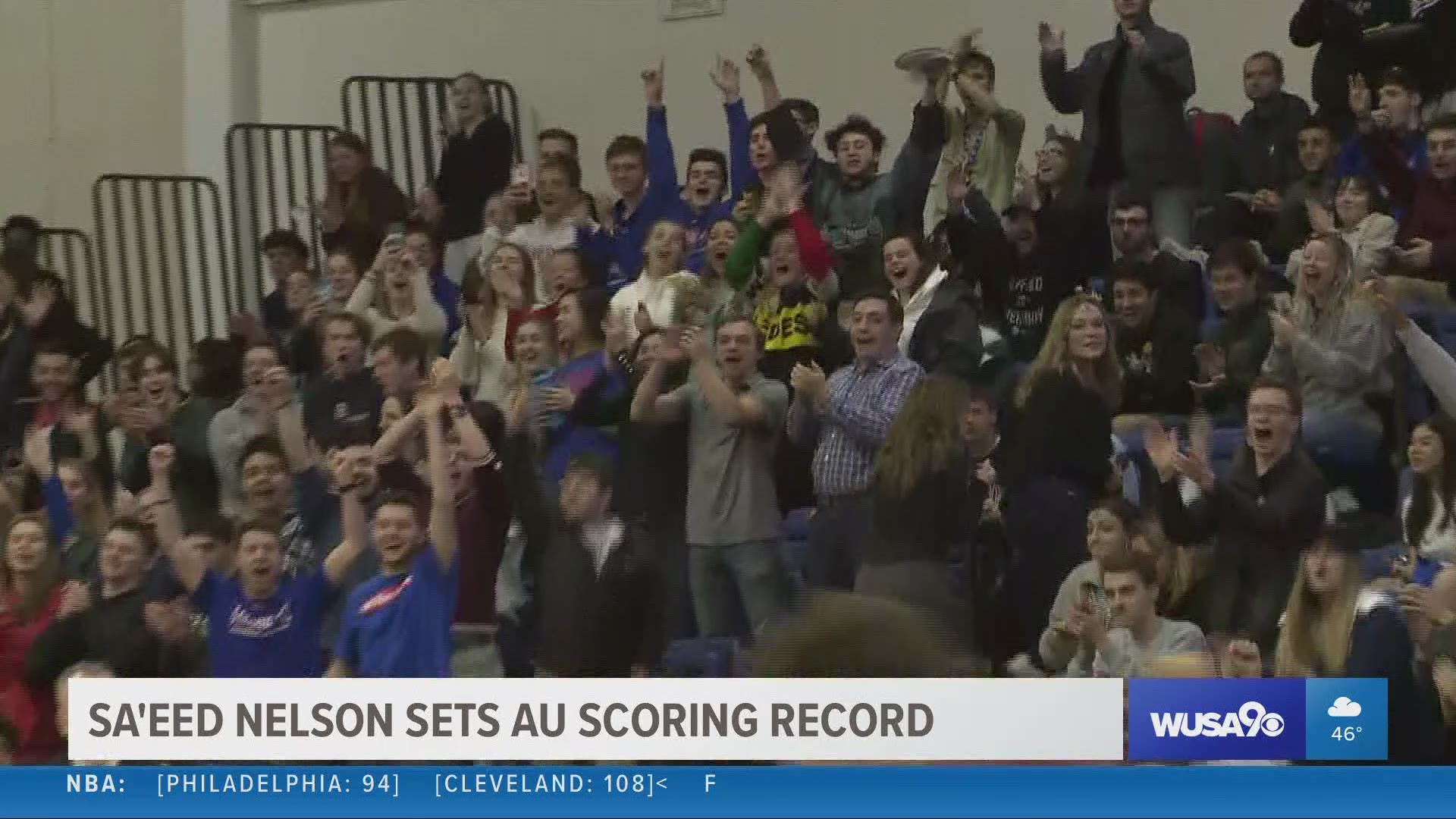 WASHINGTON — It only took one minute and 25 seconds for Sa'eed Nelson to become a record holder and lead his team to victory Wednesday evening. With a mid-range jumper, Nelson became American University's all-time leading scorer in men's basketball.

The 22-year-old American University senior broke the 39-year-old record on his first shot attempt of the game. But he didn't rest on his laurels after securing a place in Eagles history, as he went on to score a game-high 30 points.

The Eagles went on to defeat Lafayette 79-59, moving them into a tie for second place and clinching a home playoff game for the Patriot League tournament.

According to his dad, Nelson channeled a "Mamba mentality."

"One of his favorite players is Kobe Bryant," Jeffery Nelson said, wearing a Kobe shirt. "Since he was little he's been determined, he always wanted to be the best, and strives to be the best. He works hard, and he's just a good, humble kid."

Jeffrey said he felt confident his son would break the record Wednesday.

The record, previously held by Russell "Boo" Bowers, was 2,056 points. The 6'2'' guard now stands at 2,085 career points, which moves him into third place overall in the Patriot League. 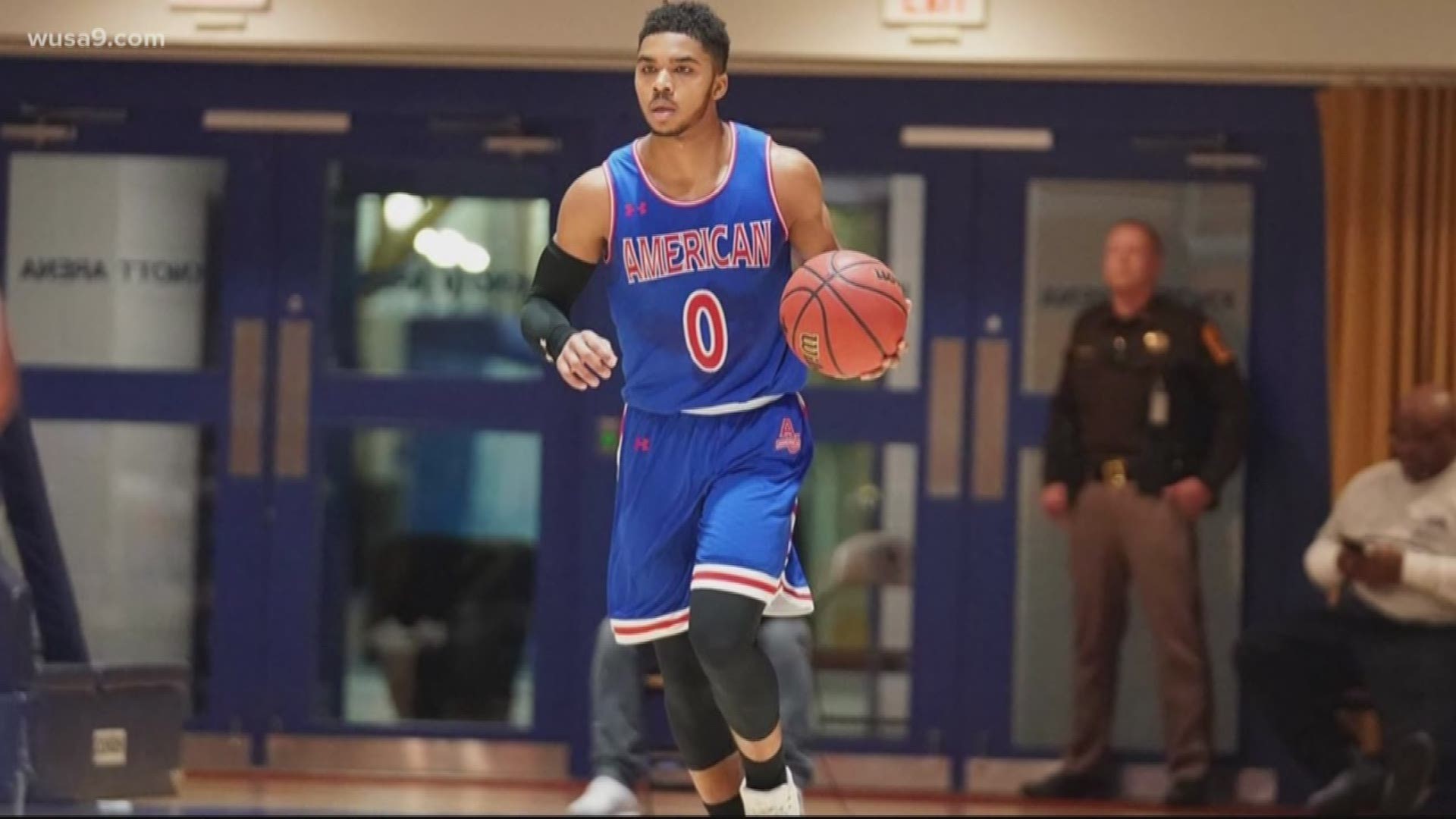