Dematha Catholic beat Paul VI Catholic to capture the WCAC boys' basketball title. It's the 19th time the Stags have had 30 or more wins in a season. 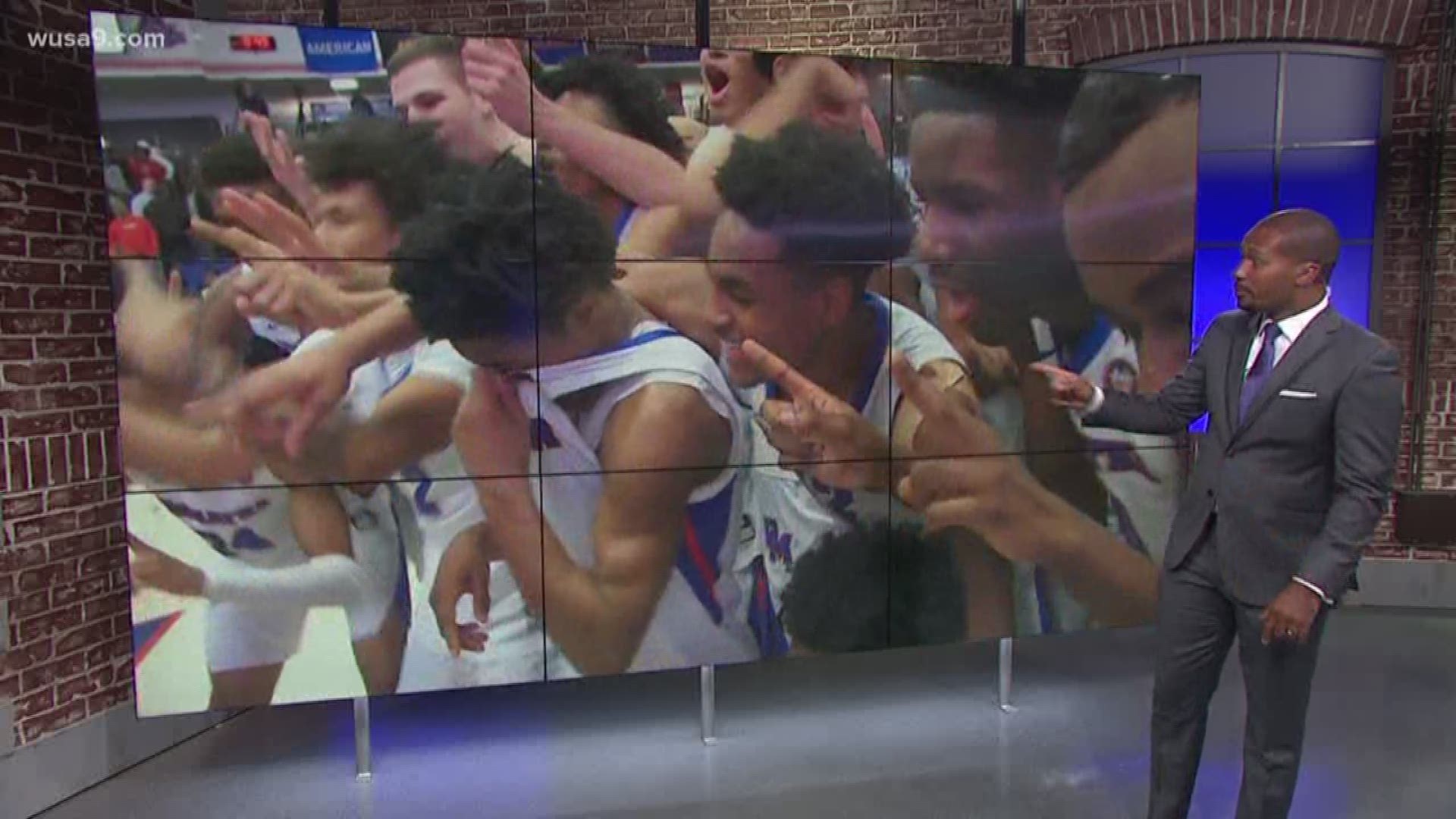 WASHINGTON — Paul VI Catholic High School looked to seek revenge from its semifinal exit in the WCAC championship tournament last year over the very team that beat them -- but it wasn't enough.

The matchup played at American University's Bender Arena was the third meeting of the season between the two teams. Both the DeMatha Stags (30-3 overall) and the Paul VI Eagles (24-8 overall) won both of its home games against one another during the regular season.

DeMatha's win gives the school its 41st WCAC hoops title, plus it is the 19th time in school history that the Stags have won 30 or more games in a season.

The game was close throughout, with the Stags holding a five-point lead over the Eagles at halftime 34-29.

By the end of the third quarter, DeMatha started pushing toward a double-digit lead, something that Paul VI couldn't seem to stop, even though they tried to keep things relatively close until the Stags pulled away at the end of the game.

While the championship game was the most important thing of note, Morgan Wootten, the long time DeMatha coach and Basketball Hall of Famer who died in January, was honored during the first half of the game for helping put D.C. prep basketball on the map.

"Every time we step on the floor we know we represent him and the legacy he left for us at DeMatha," said head coach Mike Jones. "I can't say anything other than I know he's looking down on us proud of DeMatha basketball, and he can be very proud of the legacy that he left with us."

"When you think of DeMatha, that's him," added WCAC player of the year Hunter Dickinson. "To go out there and win it for him is just everything. He's really special to coach Jones, and I feel like he's up there just smiling down on us just happy as heck up there."

More updates on the game to come as postgame stats are made available.