Wise: The NBA vs. China forced Adam Silver and a league to finally decide if the cost of being woke was worth going temporarily broke

One tweet ignited a geopolitical crisis, pitting the world's most socially conscious league against a business partner that wants to crush democracy in Hong Kong. 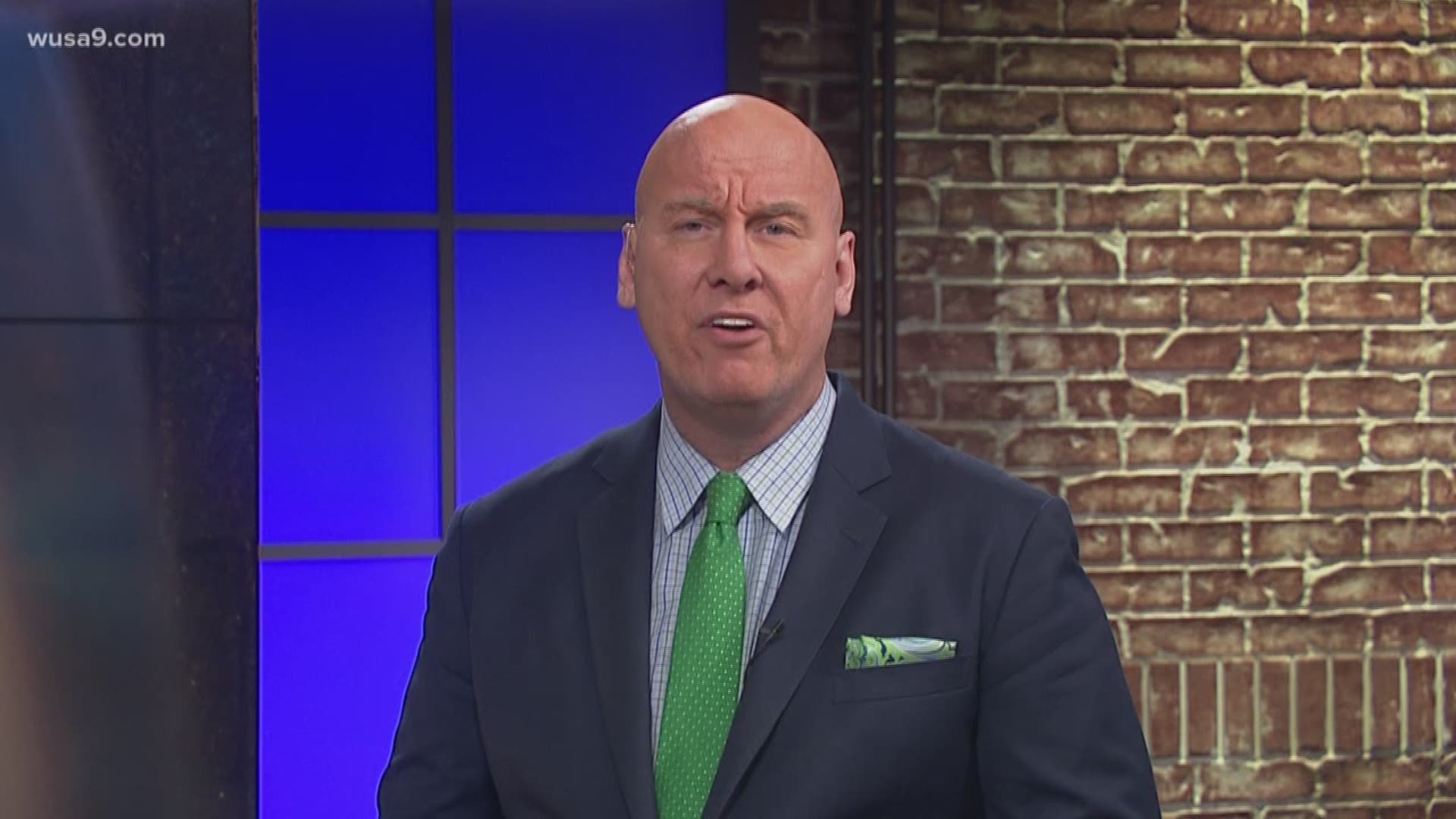 WASHINGTON — By NBA Social Justice standards, it reads almost like an innocuous tweet: "Fight for Freedom. Stand with Hong Kong.” But Daryl Morey typed that tweet. Because Morey is the general manager of the Houston Rockets, the most popular team in China since Hall of Fame center Yao Ming played there, those two sentences may go down as the most expensive two sentences in the three-decade history of the Internet. That's not an exaggeration.

Sports business analysts and more are saying the tweet could cost the NBA $1.5 billion or more, that it's already devalued franchises by millions and is expected to affect future salary caps. Even more, it could very well end the NBA's 30-year relationship with mainland China.

All because a team official showed solidarity with some of the world's voiceless -- people who want independence from a brutal authoritarian government. That government condemned that tweet, Adam Silver's delayed support for freedom of expression, and any support for democratic reform in Hong Kong. Mainland China, we now know if we didn't already, has two ways of doing things: their way and the wrong way.

Now, Chinese businesses refuse to sell NBA products, state television has canceled NBA games and this barnstorming preseason tour to China -- which includes LeBron and the Lakers and the Brooklyn Nets -- has been marred by a real geopolitical crisis, Adam Silver. Silver -- a guy I like, respect and peripherally have known for 25 years -- has had to answer the most seminal question of his stewardship: Is it still okay to be 'Woke If My League Starts to Go Broke?'

His original response? No.

The NBA originally took issue with Morey's tweet and said it doesn't represent the league. James Harden, showing how unaware and uneducated many players are with China's atrocious human rights record, actually apologized to the government on behalf of the Rockets for Morey's tweet, essentially saying, "Sorry, Beijing, we don't support those ingrates in Hong Kong who want independence from your undemocratic nation." Morey, whom the Chinese government demanded to be fired, even got on the apology bandwagon:

Steve Kerr's first response blew me away the most. Kerr, who's gone after a sitting U.S. president for his racial insensitivity and whose team twice refused to attend a Trump White House champions celebration, went mute on the NBA-China divide when first asked, pleading ignorance on the topic.

It was as if Chinese officials had originally scripted the NBA's response: We disavow any connection to that rogue idiot in Houston who thinks a province of mainland China deserves to be free.

Beijing basically said, "Shut up and Dribble," and LeBron and the NBA shut up and dribbled.

Remember, these are the same athletes and coaches boycotting trips to the White House. These are the same people that will wear "Black Lives Matter" T-shirts before games in solidarity for another young African American child wrongly killed by law enforcement.

Everybody in the NBA, it seems, was down for the cause -- unless it conflicted with their wallets. Of all ironies, for at least 24 or 48 hours, most people in the NBA supported communism because it helped their own capitalism.

But I will give Adam Silver this: he got wise within a day.

Facing incredibly ugly backlash at home, he quickly issued support for Morey in his second and third statements released by the league, and thereby alienated the Chinese government. Even though it appeared as if he was putting his finger in the wind and deciding which way the economic winds blew, it doesn't matter. The commissioner came to his senses, and the owners have now become resigned to the notion that it's better to piss off people buying sneakers in Beijing than in Boise.

I'm not going to eviscerate the players and officials of the NBA for showing hypocrisy in this matter before doing an about-face. I just don't want to hear how they remind us all of Muhammad Ali and Arthur Ashe, who went to South Africa at the height of apartheid to protest.  That generation of change agents made it possible for this generation of change agents to speak their minds. They didn't care about the dollars. They were all about dignity. They sacrificed everything for what was right.

If there was one lesson to take away from this, it's that we don't get to be part-time social justice warriors when we sign up for this kind of work. We don't get to be outraged against blackface and then plead ignorance when some warped Cleveland Indians fans wear red face and a logo that looks like a Native American sambo caricature. We don't get to be selective advocates, speaking up for some of the voiceless but not all. We need to self-educate with the people we do business with, and understand that if their values run so counterculture to our own, then maybe it's time we either got out of the Beijing business or the social conscience business.

Because when it comes to a place like China, you can't be both.

RELATED: Wise: The Mystics need more than a parade. They need salaries that pay elite female athletes their worth