'You said 'never forget,' and 20 years later, it feels like it's being forgotten.' | 9/11 first responders call on Congress to act

Many are still suffering from serious illnesses nearly 18 years after the 9/11 attacks. But the funds that're supposed to be there for them might be facing cuts. 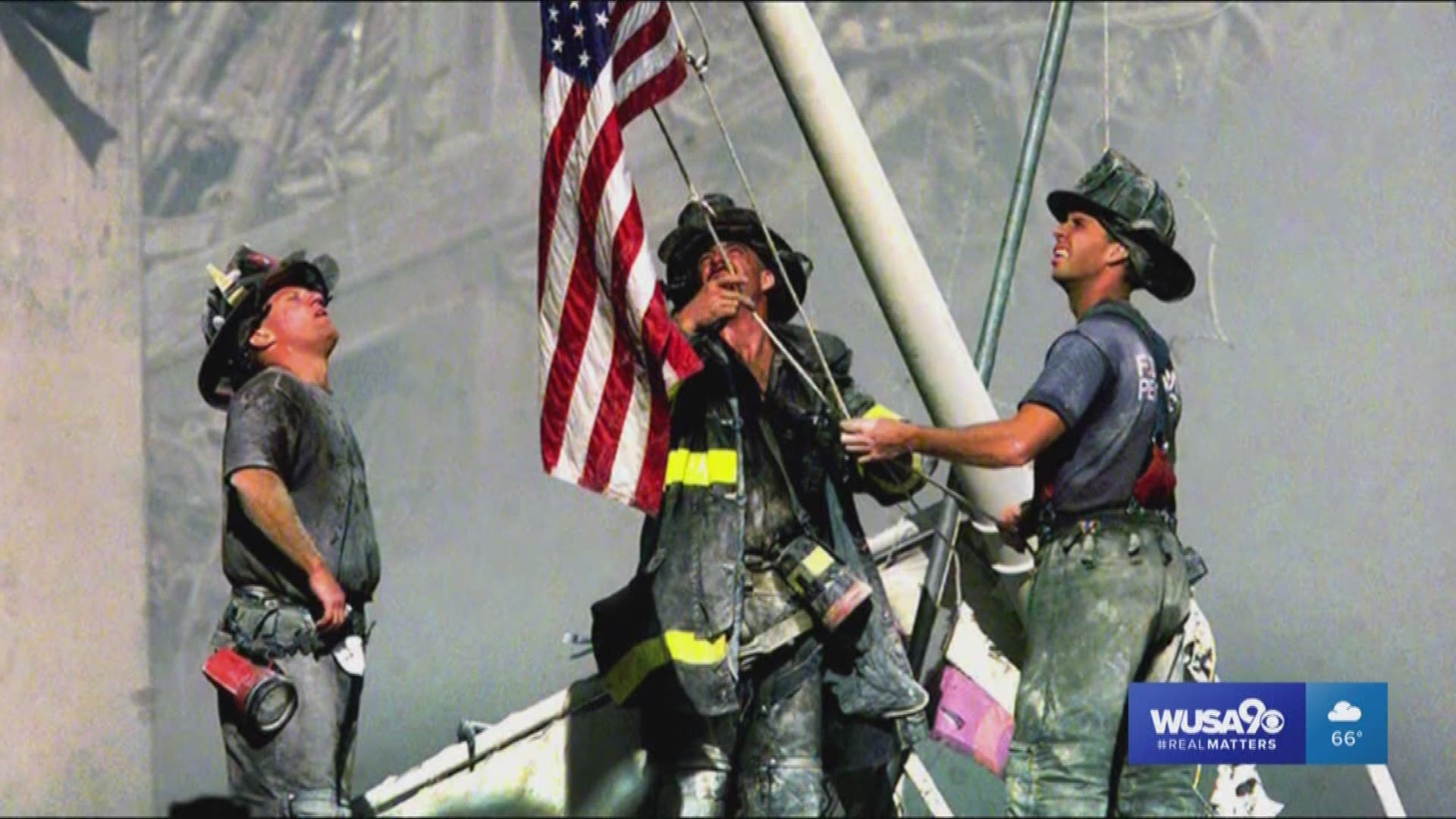 WASHINGTON -- In the halls of Congress, there's a never-ending cycle of lobbyists and advocates, pushing for a hodgepodge of bills and causes. But when those advocates are 9/11 first responders, it demands attention.

"I'm here because I can be," Rob Serra, a retired firefighter, said. "There are others who can't be."

As they moved through the Capitol, Serra sat in a wheelchair that once belonged to his friend Ray Pfeifer. Pfeifer was also there on 9/11, but died from Kidney cancer in 2017.

"I have close friends who are in the hospital who are on dialysis," Serra said. "And they need to be fought for."

Serra was joined by dozens of other first responders, who have made multiple trips to the Capitol. Most of them are facing serious illnesses, including cancers and respiratory problems.

Credit: Evan Koslof
Rob Serra moves through the Halls of Congress in the wheelchair of his lost friend

They're calling on Congress to pass the "Never Forget the Heroes: Permanent Authorization of the September 11th Victim Compensation Fund Act."

This fund would allocate more money to the "Victim Compensation Fund," which is currently facing major cuts. On February 15, the Special Master for the Fund announced that there would be immediate cuts of 50 percent to every pending claim, and 70 percent for all new claims.

"Until this bill is passed, we're going to keep coming," Serra said.

What Is The Victim Compensation Fund?

The origins of the fund date back to 2001, shortly after the attacks. The fund was created for the families of the thousands who lost their lives during the attack.

Eventually the fund was expanded to support those who developed illnesses caused by the toxic fumes as well. This VCF was re-funded two times, in 2010 and in 2015.

RELATED: Vice president honors D-Day troops at the national memorial you may never have heard of

The 2015 fund held $7.4 billion, and was supposed to last until 2020. Here's the problem; People keep getting sick. In February it was announced that the fund had already awarded nearly $5 billion.

In order to make the money last, the Special Master for the fund, Rupa Bhattacharyya announced the drastic cuts of 50 percent to pending claims and 70 percent to all new claims.

"I'm painfully aware of the inequity of the situation," she wrote in a Feb. 15 message. "But the stark reality of the data leaves me no choice."

Currently the main battle is in the Senate. That's because the advocates have already gathered enough co-sponsors to pass in the House.

In the Senate, the bill needs 60 votes to pass, but so far, the advocates only have 40 co-sponsors. To see which Senators have shown support, and which haven't you can visit this portal.

John Feal, a former New York firefighter has been leading this lobbying effort for years, and said they won't stop fighting until the bill is passed.

"You can take the fight to the doorsteps of D.C.," he said. "You can. This is our house. They work for us."

On June 11, many of these first responders will be testifying in front of the House Judiciary Committee. They will be joined by Jon Stewart, who has been an outspoken advocate for 9/11 families.

When the plane crashed into the Pentagon on September 11, Tim Callahan was just minutes away. The firefighter rushed into action, heading towards the smoke.

He joined WUSA9 at the Pentagon earlier this year for the first time in 15 years.

"It was a reality check," Callahan said. "It was like 'Wow. This isn't a bad dream that I'm going to wake up from. I'm living this nightmare. I'm part of this nightmare.' And what a nightmare it was."

Hundreds of miles away, Coast Guard Capt. Mike Day was on patrol when the two planes crashed into the Twin Towers.

Credit: Nick Petrillo
Capt. Mike Day was in the New York Harbor, when the planes hit

Day is now serving at Joint Base Anacostia-Bolling. He said the memories of that horrific day will stay with him forever.

"For a generation of Americans, 9/11 will be forever frozen," Day said.

Day and Callahan know the physical consequences of 9/11. Mike developed skin cancer three years ago, and Tim developed prostate cancer. Both illnesses are certified conditions linked to the 9/11 attacks.

"We will never forget," said Callahan. "Because we are living with the results of it. I can show you my scars."

Both first responders agreed it was frustrating that Congress had not yet acted on this bill.

If you want to see if your local lawmaker is a co-sponsor of the bill, you can search this portal.