Bedford, Virginia, is the site of the National D-Day Memorial because it lost the most native sons per capita on the battlefield on June 4, 1944. 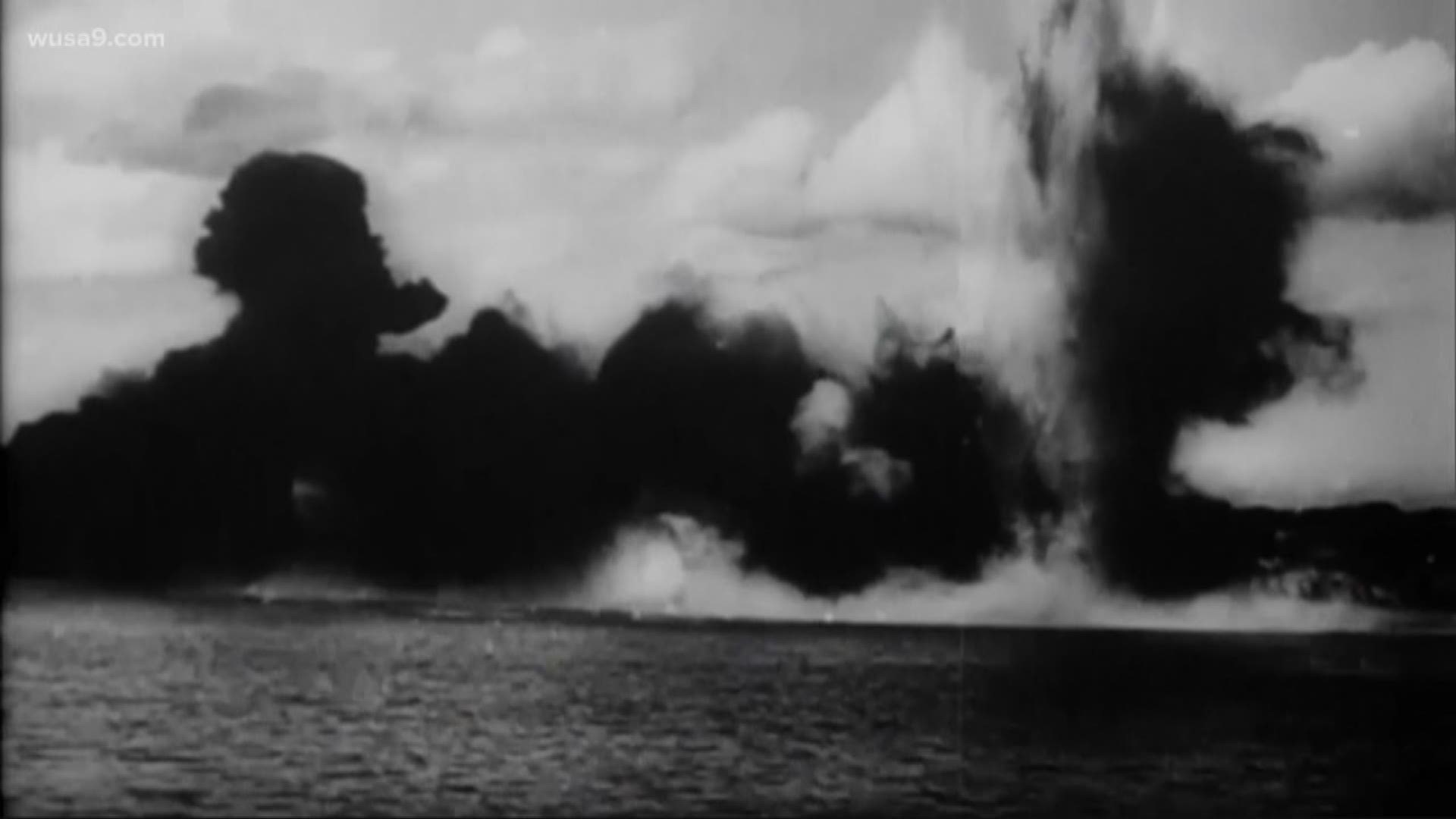 BEDFORD, Va. — Almost 200 miles from Washington is a 50-acre tribute to the more than 2,500 U.S. troops who died during the 1944 Allied invasion of northern France.

Unlike the World War II Memorial in the middle of the District's National Mall, this national monument is not easy to get to. But Bedford, which had about 3,200 residents on June 6, 1944, lost 19 young men on Omaha Beach, what Congress later recognized as the highest losses per capita of any town in the United States.

The town started out with 30 soldiers that day among the more than 160,000 Allied forces that landed along a 50-mile stretch of heavily fortified French coastline, according to the National D-Day Memorial website. Two Bedford brothers were killed; the wounded included two other native sons whose brothers were killed.

"We marvel at the courage that you showed as young men," Vice President Mike Pence said Thursday about all of the remaining U.S. veterans who participated in the D-Day landings 75 years ago.

Pence also highlighted the story of Bedford's fallen in his visit to the National D-Day Memorial here. Bedford's losses were recounted in the 2003 book The Bedford Boys and are the reason that Congress chose this town in 1996 as the site memorializing the pivotal moment in World War II.

President Donald Trump was in France on Thursday for the 75th anniversary, paying respects along with French President Emmanuel Macron at the Normandy American Cemetery near Omaha Beach.

While the spotlight is on the D-Day for this milestone anniversary, the National D-Day Memorial has had its challenges. A committee that formed in 1988 couldn't get much financial support or publicity until the 50th anniversary of D-Day in 1994.

President George W. Bush helped dedicate the monument June 6, 2001, but the foundation that runs the site had to declare bankruptcy soon after because of $7 million in debts. In 2014 after a five-year study, the National Park Service decided it wouldn't take over the memorial's management, The (Lynchburg, Va.) News & Advance reported.

At the end of 2016, the most recent year available, the National D-Day Memorial Foundation's assets totaled $14.5 million, but it had almost $135,000 more in expenses than contributions and other revenue, according to the foundation's IRS Form 990.

About 55,000 visitors make the trek every year to Bedford, according to the foundation's most recent annual report. In comparison, the latest visitor estimates for the World War II Memorial, on the National Mall, free and open all the time, are more than 4 million a year.

Want to make the trip yourself? The National D-Day Memorial is open 10 a.m. to 5 p.m. daily. Tickets can be bought online, and annual memberships also are available.