Northam was under fire for a racist photo that surfaced from his medical school yearbook page in 1984. 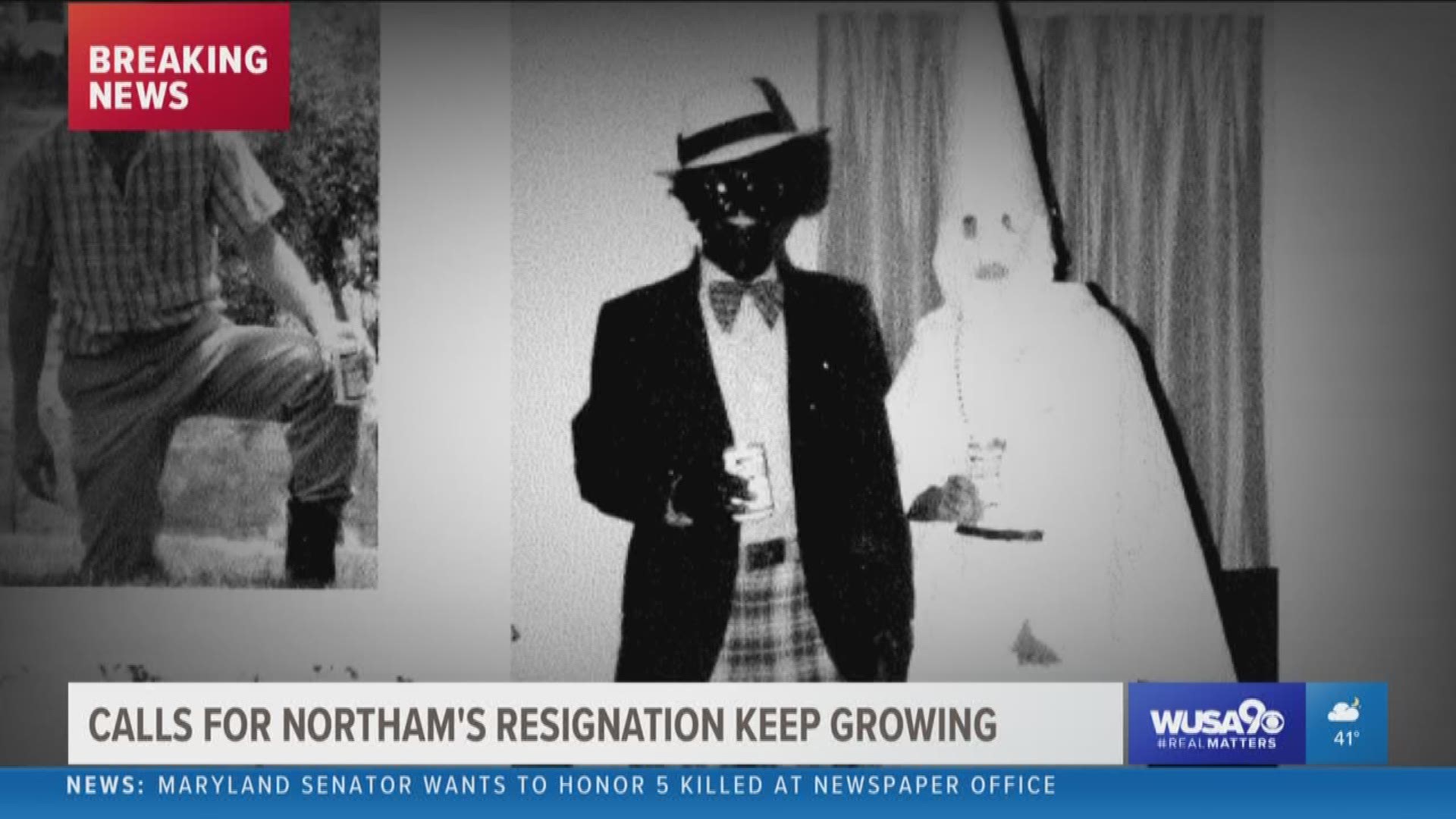 The governor said on Saturday he would not resign after a racist photo surfaced from his medical school yearbook page showing a man in blackface next to another person in a Ku Klux Klan robe. However, on Sunday, people close to the governor told the Post resignation is "an active consideration."

It is unknown who attended the meeting besides “staffers of color” as the Post reports. Lt. Gov. Justin Fairfax was reportedly not in attendance, even though he would become governor if Northam resigns.

RELATED: Gov. Ralph Northam retracts apology, denies being in racist yearbook photo, then admits to being in blackface

A democratic official told the Post a larger meeting would be called for Monday morning for Northam's administrative staff.

In a press conference Saturday, Northam backtracked on what he called a premature apology for appearing in the photo.

Northam repeatedly stated that he had never seen the "horrific" photo before Friday and did not even purchase a yearbook.

Since the conference several democratic leaders in Virginia have called for Northam to resign including Attorney General Mark R. Herring, D-Va., who released a statement saying "It is no longer possible for Gov. Northam to lead our Commonwealth and it is time for him to step down.”

"I have spoken with Lt. Gov. Fairfax and assured him that, should he ascend to the governorship, he will have my complete support and commitment to ensuring his success and the success of our Commonwealth,” Herring said.

Virginia U.S. Senator Mark Warner, Senator Tim Kaine, and Congressman Bobby Scott also joined the calls for resignation in a joint statement on Saturday. All say the "events of the past 24 hours have inflicted immense pain and irrevocably broken the trust Virginians must have in their leaders." It is still unclear whether Northam will heed to the calls.