Gov. Ralph Northam retracts apology, denies being in racist yearbook photo, then admits to being in blackface

A photo on yearbook page from 1984, labeled Ralph Shearer Northam, shows him in blackface, another man in KKK hood and robe 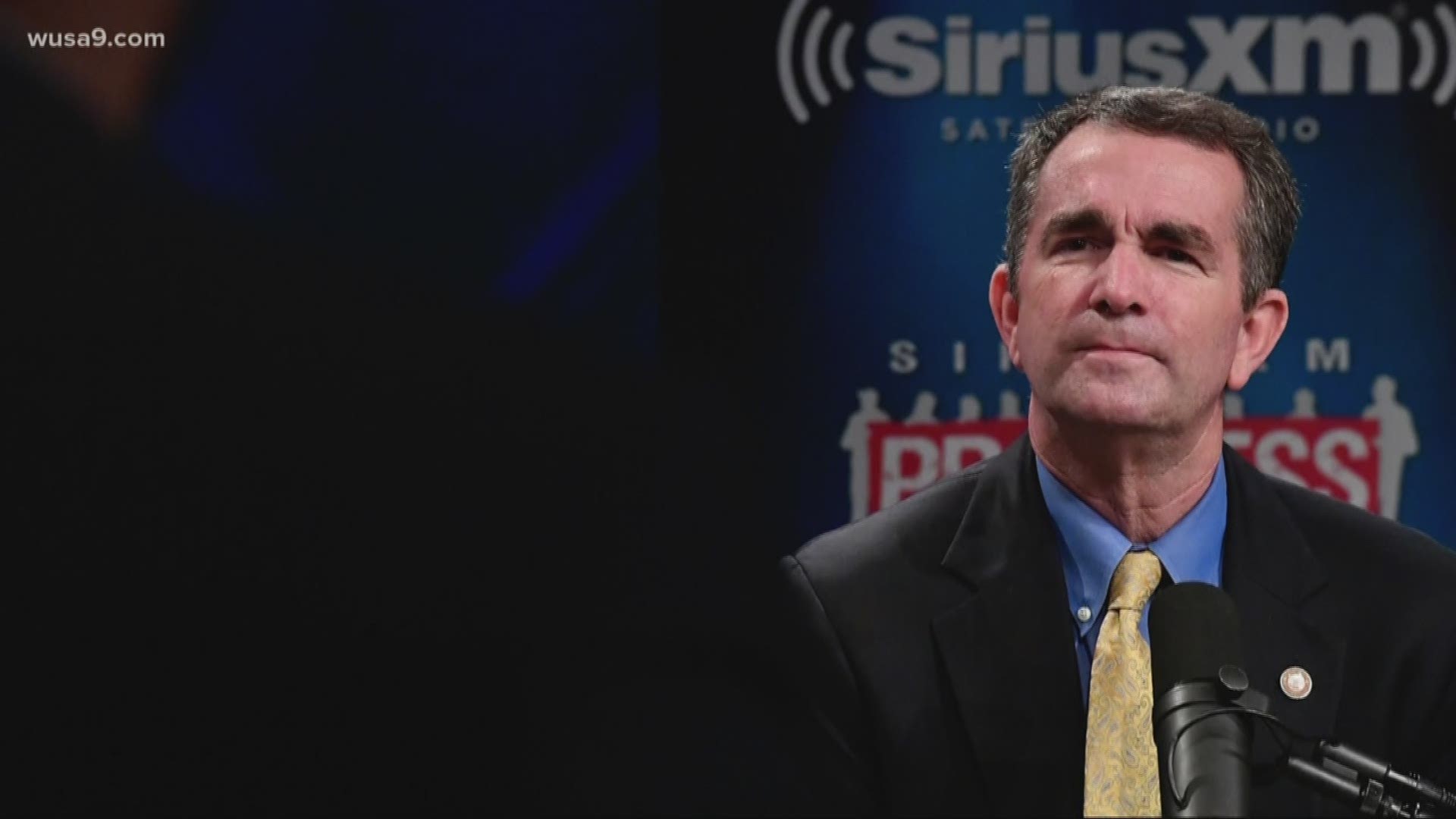 WASHINGTON — Virginia’s Gov. Ralph Northam has retracted his apology Saturday after news of his medical school yearbook personal page showing a man in blackface next to another person in a Ku Klux Klan robe became public Friday. Later Saturday, he admitted to being the man in blackface. Read more about that here.

The page, labeled Ralph Shearer Northam, is from a 1984 yearbook from Eastern Virginia Medical School. It shows other photos of Northam and personal information about the future governor.

The page lists the following information under the disturbing picture:

Quote: There are more old drunks than old doctors in this world so I think I’ll have another beer.

In a press conference Saturday, Northam backtracked on what he called a premature apology for appearing in the photo. Northam repeatedly stated that he had never seen the "horrific" photo before Friday and did not even purchase a yearbook.

Northam released the following statement Friday evening about the 1984 post:

"Earlier today, a website published a photograph of me from my 1984 medical school yearbook in a costume that is clearly racist and offensive.

"I am deeply sorry for the decision I made to appear as I did in this photo and for the hurt that decision caused then and now.

"This behavior is not in keeping with who I am today and the values I have fought for throughout my career in the military, in medicine, and in public service. But I want to be clear, I understand how this decision shakes Virginians’ faith in that commitment.

"I recognize that it will take time and serious effort to heal the damage this conduct has caused. I am ready to do that important work. The first step is to offer my sincerest apology and to state my absolute commitment to living up to the expectations Virginians set for me when they elected me to be their governor." 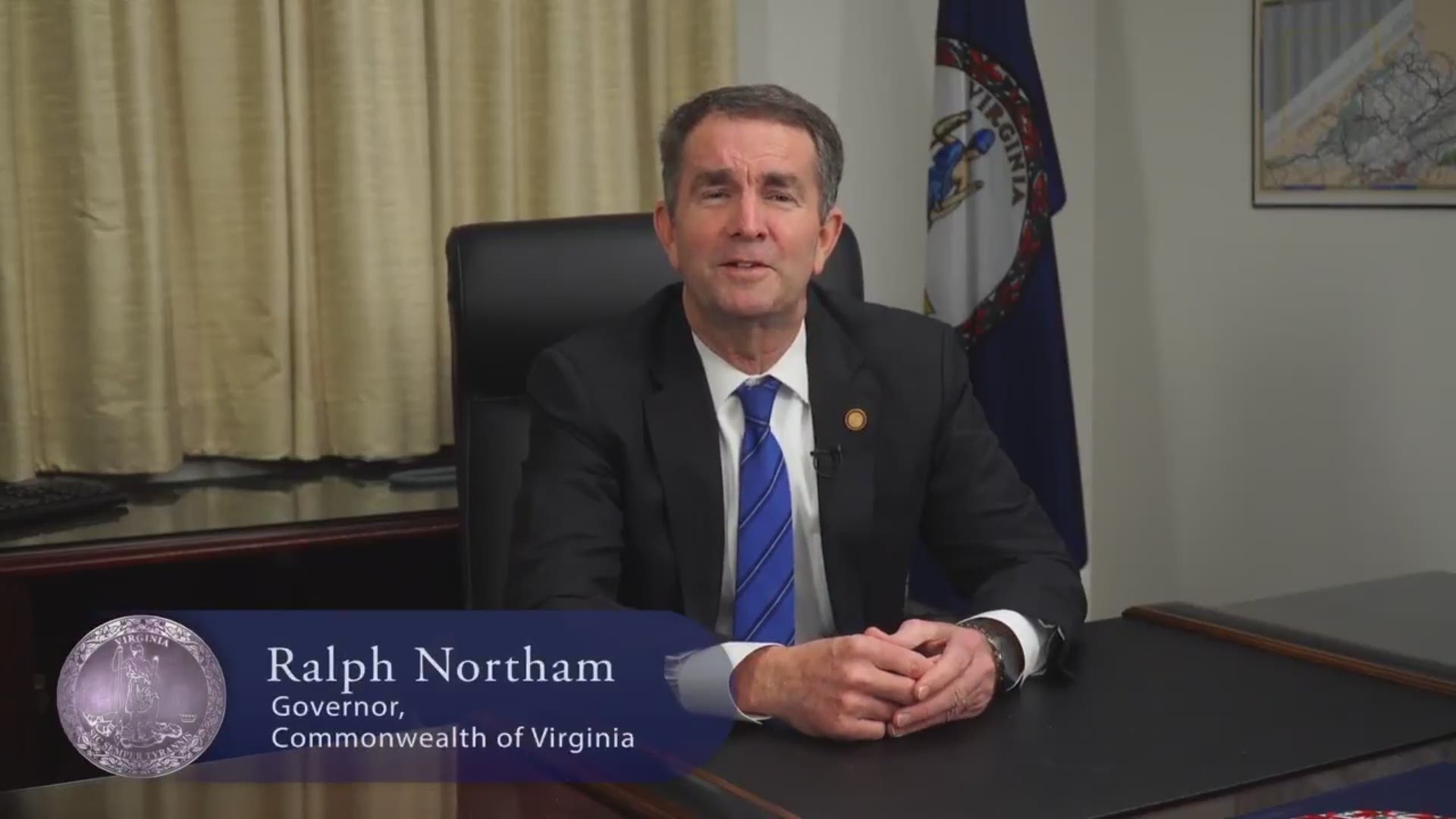 Northam, a pediatric neurologist who graduated from the Norfolk medical school in 1984, has been the governor of Virginia since 2018.

The Republican Party of Virginia released the following statement:

“Racism has no place in Virginia,” said RPV Chairman Jack Wilson. “These pictures are wholly inappropriate. If Gov. Northam appeared in blackface or dressed in a KKK robe, he should resign immediately.”

Staff for statewide officials in Richmond remained in disarray Friday evening, with employees widely instructed not to speak with the media until the governor's office issued a response.

As discussions of a once unthinkable resignation and plans to move forward moved through the capital, the silence from the governor's communications staff played a role in elevating the crisis to a fever pitch.

"This makes the McDonnell scandal look like child's play," said a Virginia Democratic aide, referencing the federal corruption scandal that tarnished the image of former Republican Gov. Robert F. McDonnell. "They need to answer for this now, and there appears to be zero strategy to handle it."

After news outlets worked Friday afternoon to confirm if the photo was authentic, Northam's medical school confirmed its authenticity.

"I can confirm that the picture in question does appear in a 1984 student-produced publication," said Jennifer McCarrel, a spokesperson for Eastern Virginia Medical School.

"The EVMS library is open to the public and does provide access to its materials. I have attached a scan of the page of the yearbook in question."

"We cannot change the events of the past, but we can use these events as reminders of the importance of our ongoing work toward diversity and inclusion," Homan said. "This is a time for self-reflection and humility. On behalf of our beloved EVMS, I sincerely apologize for the past transgressions of your trust."

Homan said school officials will be meeting to address the issue holistically for EVMS. Read the full statement here.

"The photo of Gov. Northam dressed in racist attire released today is highly offensive and disturbing. This revelation will permanently stain his reputation and damage is credibility on issues related to promoting equity and racial healing, and it is difficult to foresee a circumstance in the future where he can serve as a credible voice on such matters.

"There is no circumstance where this behavior should ever be tolerated or excused, and now more than ever we need leaders that demonstrate high character and unquestionable moral fortitude to lead us through these times of uncertainty.

"Hate crimes are up almost 50 percent nationwide, and this incident only serves to give people who believe in this ideology the impression that they have an ally in the governor's mansion."