VERIFY: What's a provisional ballot and why would you have to cast one?

As we get closer to the election, the Verify team is here to sort fact from fiction 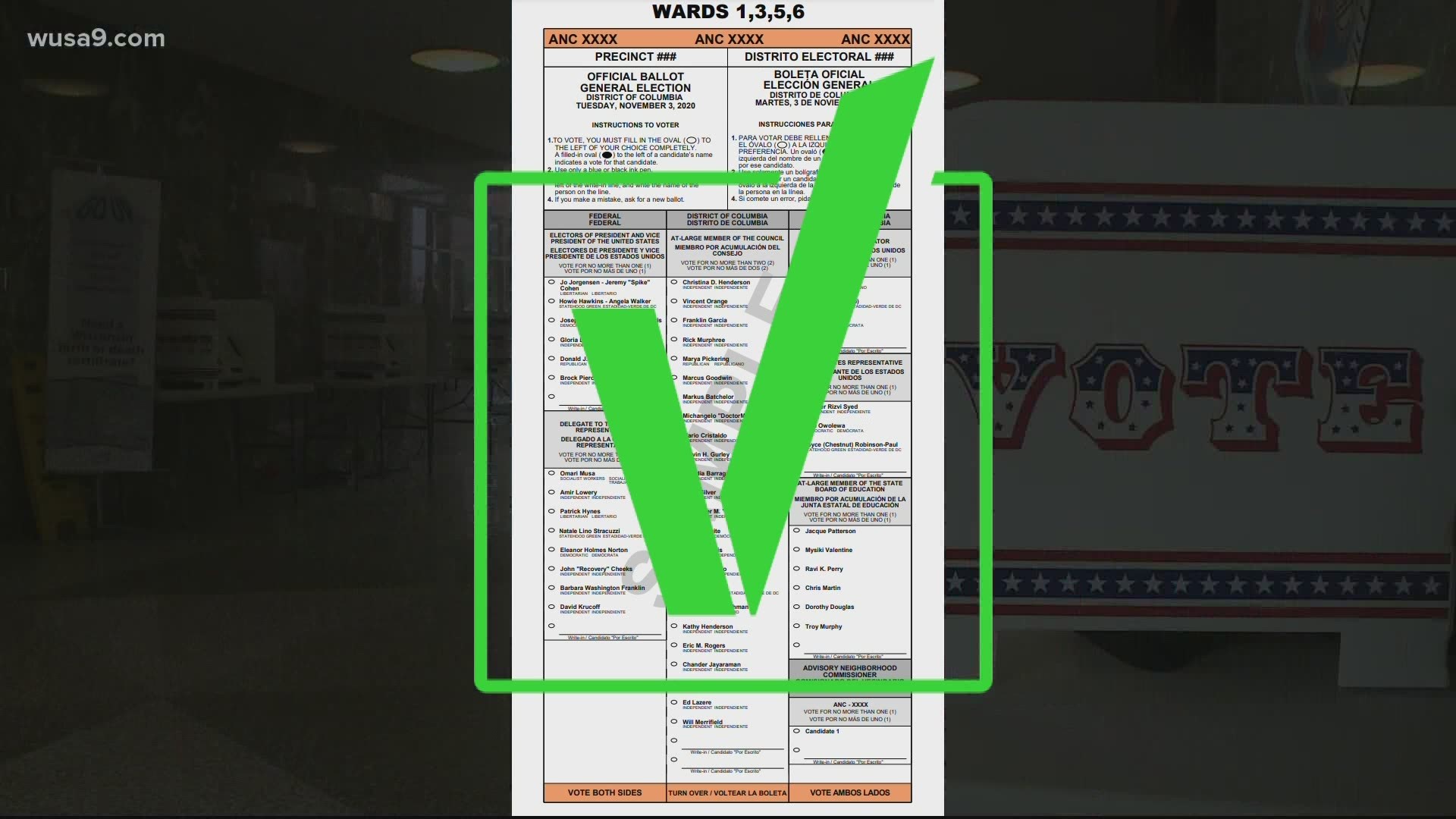 What's a provisional or special ballot, and why would a voter be asked to cast one?

It's a voting procedure that basically protects an eligible voter from being turned away at the poll.

David Lublin, Professor and Chair of the Department of Government at American University

D.C. Board of Elections

Casting a provisional ballot in Maryland or Virginia or casting a “special ballot” as they’re called in D.C. is a voting procedure that basically protects an eligible voter from being turned away at the poll.

After the 2000 election and its various logistical issues, Congress passed the Help America Vote Act of 2002 mandating several election reforms.

According to the U.S. Election Assistance Commission, HAVA required states to implement the following programs and procedures:

There are several reasons a voter could be asked to cast a provisional or special ballot.

For example, if you're a registered voter and you show up to vote in your jurisdiction but an election official can’t find you in the poll book – you’ll be asked to cast a provisional ballot.

David Lublin, Professor and Chair of the Department of Government at American University said that rather  "than trying to adjudicate that at a polling place in the middle of the line of voters, let them cast a separate ballot put it in an envelope where it's still secret and then you can evaluate it when you're counting all of the ballots."

According to DC, Maryland and Virginia’s election information, some of the reasons a voter may be asked to cast a special or provisional ballot include:

According to D.C., Maryland and Virginia election information, special and provisional ballots are handled, tracked and counted even if they will not change the outcome of an election.