VERIFY: Yes, in terms of illness, this flu season is shaping up to be one of the worst in a decade 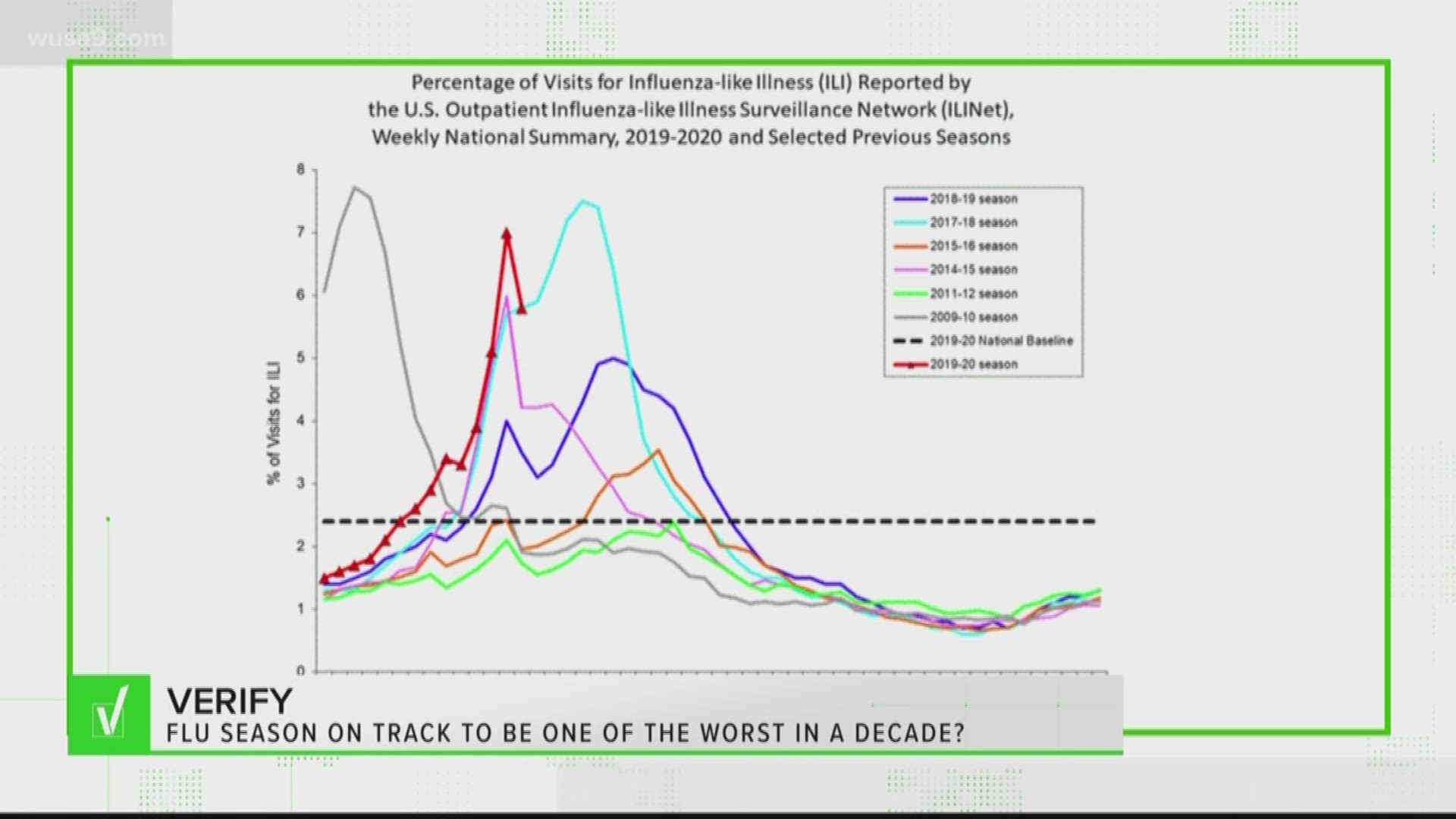 Is this flu season predicted to be one of the worst in a decade?

If there's one truism about the flu, it's that it's unpredictable. Still it's better to be prepared.

Of those who died, 32 of them were children.

So we’re verifying: Is that true?

In terms of the actual number of those falling ill with the flu: yes.

"We can say that it is on course of being at least as bad as the worst two seasons we’ve had in the last ten years," Fauci said.

Take a look at this graph from the CDC, tracking the percentage of people visiting the doctor for the flu. That turquoise line is from two years ago.

That skyrocketing red line is the percent of patient visits this year so far.

“If you look at illnesses, there’s a lot of people sick, and illness is very similar to what we saw in 2017-2018 which was a really, really bad year," Brammer said. "But if you look at our indicators of severeness, hospitalizations and death, those aren’t high.”

So yes, we can Verify, in terms of people going to the doctor for the flu, this year is shaping up to be one of the worst in a decade.

Brammer explained that this flu virus is very different from the virus we saw two years.

The one predominately circulating now is Influenza B, which impacts children heavily but not the elderly.

"In general, children drive illness, they go to the doctor a lot more," Brammer said. "But the people that get hospitalized and die from influenza, largely are people of 65 years of age, and if they're not impacted by the flu that's circulating, you see what were seeing this year. You see a lot of illness which is children, but you don't see much hospitalization or death."

The virus going around in 2017-2018 was H3N2, which largely affects the elderly, and led to many hospitalizations and deaths.

RELATED: VERIFY: Is there a nationwide shortage of high-dose flu vaccine?